It is perhaps a misperception to suggest that Die Schweigsame Frau is stronger in the uncut version. 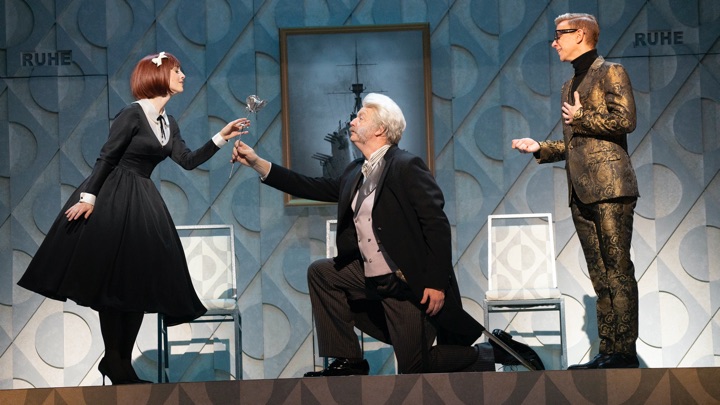 Though I consider myself a deeply committed Richard Strauss-ophile, the composer’s Die Schweigsame Frau—a 1933-4 opera whose librettist was the distinguished Austrian writer, Stefan Zweig—has eluded me in live performance. The news that Bard SummerScape would produce it this year made a trip there a must.

At the same time, I’m also a general believer that there’s usually a good reason why some works are seldom presented without cuts. So the announcement that BSS’s revival would include a very significant amount of material—more than an hour, by my count—that was removed even before the premiere gave me pause.

In the end, both sides of me were validated. Nearly four hours of Schweigsame Frau is, frankly, more than I need. Yet there is much worth hearing and seeing in performance. Bard SummerScape and its music director, Leon Botstein, who also conducted the performance, have done the opera world a great service.

As to the history of those cuts, the Bard program essays go to considerable lengths in positing that they were at least in part an attempt to neuter or undermine the work because Zweig was Jewish (in 1942, in exile in Brazil, he would die by suicide, in despair over the world’s politics.) Botstein himself singles out original conductor Karl Böhm for particular scrutiny and criticism on this point.

It’s a heartbreaking story, and Botstein’s commitment to resurrecting the original Schweigsame Frau is admirable and culturally important. Yet I think the reality may be more complicated. 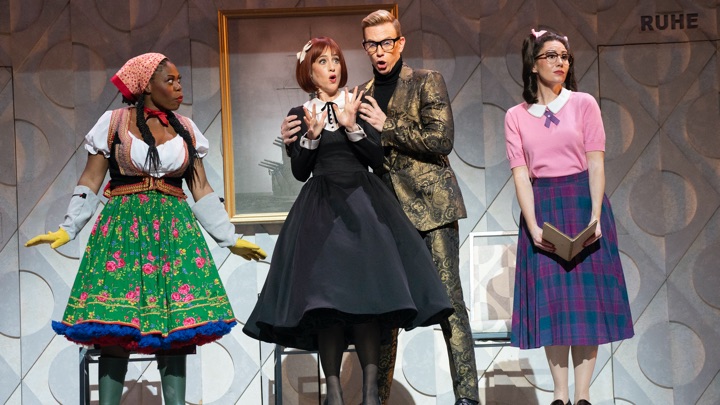 In the case of Böhm, Botstein’s claim goes against the evidence: Böhm’s politics are indeed deplorable, but from early in his career he notoriously favored drastic cuts in many works, including Frau Ohne Schatten, Tristan und Isolde, and even Cosi fan tutte.

But ultimately, a greater misperception is to suggest that Schweigsame Frau is stronger in the uncut version. Frankly, grateful as I am to have seen it all, I’ll be happier to return to the cut version.

That’s enough backstory—let’s look at the work itself.

Schweigsame Frau is a fascinating stylistic hybrid. The source material, Ben Jonson’s Epicoene, or The Silent Woman, is a British Renaissance comedy about Sir Morosus, a grumpy old man whose search for a tolerable wife (ultimately Aminta, the “Silent Woman” of the title, naturally) is engineered by a wily group of theatre folks, who shape it to serve themselves. (The program’s claim that this is Strauss’ only comedic opera is overreaching, but it is the most broadly farcical.)

Strauss and Zweig’s setting is, of course, Germanic and richly late-Romantic. But the narrative underpinnings are pure Commedia dell’Arte, a 16th Century style that continued to color Italian comic operas for centuries beyond, including Don Pasquale and Gianni Schicchi.

The charm of Schweigsame Frau is in great part the mix of these elements, but of course for many of us it’s Strauss’s music that is the draw. His distinctive melismatic style and rich chromaticism are ever-present, which will give great pleasure to his enthusiasts as well as fodder for those who disapprovingly dismiss his “note spinning.”

Much of the vocal writing is Strauss at his most extreme in every sense: the sheer amount of singing, the difficulty of the intervals, and the wide vocal ranges. Aminta must regularly deliver coloratura acuti, while Morosus often dwells at the bottom of the bass range in Baron Ochs territory. 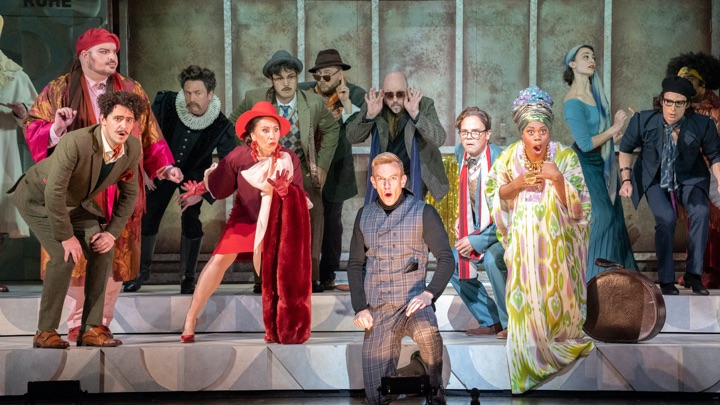 For an audience, a bigger challenge of Schweigsame Frau is that for all the stream of melodic loveliness, there are few sections that stand alone as memorable. As far as I can find, only one lovely final passage for Morosus, “Wie schön ist doch die Musik,” has had much life outside of the opera.

Heard at Bard, there were a few other moments that registered—a section for Morosus and Aminta that could, with a small amount of tweaking, serve as an interesting concert piece. But by and large, the through-composed nature of the score doesn’t lend itself to excerpts.

Dramatically, the work is simultaneously appealing and unwieldy. Schweigsame Frau is strongest dramatically in Act I, where the set-up is accomplished clearly and with a fair amount of humor. Act II has some of the loveliest music, but the story goes in too many directions.

Act III, with its comedic wrap-up, recalls some of the excesses of its counterpart in Der Rosenkavalier, though alas without the sublime final 15 minutes that have ensured that work’s lasting popularity.

For me, the ultimate realization is that Zweig—unquestionably a major writer and intellectual—is not a natural librettist. Where Hofmannsthal could seamlessly sculpt a theatrical scene, moving gracefully from large-format plot points to deep personal narratives with uninterrupted flow, Zweig seems to go jerkily from episode to episode. Frankly, the traditional cuts help even this out. 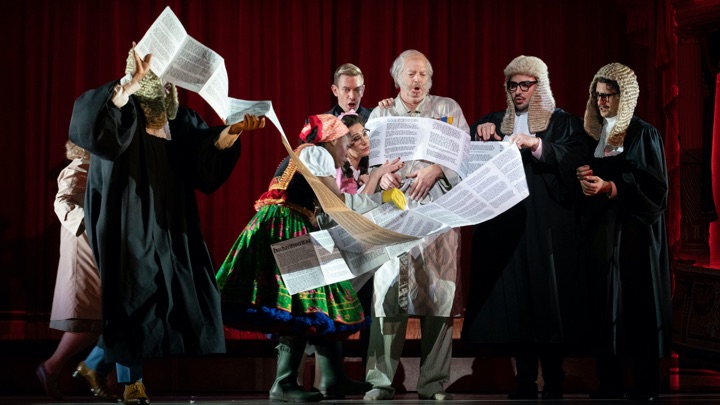 The Bard production, directed by Christian Räth, is a similarly mixed bag. Reset in the 1930s, which works reasonably well, the show is unfailingly visually alluring and witty. But Räth translates the Commedia archetypes—with their very specific lazzi—into an ensemble of more generalized comic oddballs, and often overcrowds the action with unnecessary and even vulgar sight gags. (In an essay, Botstein essentially apologizes for the opera’s misogyny, explaining it as an historical legacy—but what’s the excuse for the campy drag characters Räth has inserted?)

The  American Symphony Orchestra and Bard Festival Chorus (under James Bagwell) delivered superlatively in very difficult material. Botstein himself led a cohesive and propulsive performance, though I wished in some passages for a more relaxed, lyrical shaping.

In sum, then—this production is a major undertaking, and a scholarly gift to those interested in Richard Strauss and his world. I count myself among them, and I’m grateful. In any form, cut or uncut, Schweigsame Frau will never, I think, find a popular audience. But there is much here to learn from and even to love.

Leaving the theater, I realized I felt about it much the way I do when I see one of Tennessee Williams’ messy late works. There’s much here that connects to the more canonical works in a way that is illuminating and sometimes wonderful. For that alone, I wouldn’t have missed it.