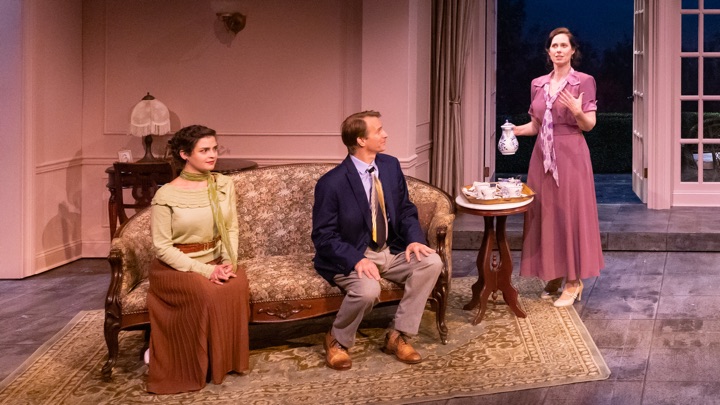 If theatergoers remember the name Paul Osborn at all, it’s likely due to Morning’s at Seven, his wry comedy of family matters from 1939. A pair of successful Broadway revivals in 1980 and 2002 cemented that play’s reputation as a sturdy chestnut, and every couple of years, some theater company excavates it to remind audiences how winning a well-constructed old script can be. Osborn’s breakthrough work, The Vinegar Tree, appears with far less frequency—after its debut production in 1930, starring Mary Boland and Warren William, I could only find evidence of one New York revival, at the York Theatre in 1988.

After mounting a spirited staging of Morning’s at Seven in 2018, People’s Light in Malvern, Pennsylvania has decided to try its hand with The Vinegar Tree, which runs through July 24 in a stylish outing helmed by the company’s former artistic director Abigail Adams. If lightning doesn’t exactly strike twice in terms of material and delivery, this uncommon revival bears enough sweet fruit to suggest that Osborn was the real deal in terms of wit and social observation. Collectors of theatrical rarities should consider it worth the trip out to the Philadelphia suburbs.

Unlike Morning’s at Seven, which holds deep waters beneath its somewhat placid surface, The Vinegar Tree is almost unapologetically slight. Perhaps influenced by the fashions of the day, Osborn constructed a true drawing room comedy, which unfolds over one long afternoon and evening in a well-appointed country estate. (Daniel Zimmerman designed the well-furnished set, which Dennis Parichy lights in crisp woodland tones.) The manor belongs to Laura Merrick (Teri Lamm), a fluttery woman of a certain age, heretofore resigned to a comfortable but unexciting marriage to her gruff older husband Augustus (David Ingram). 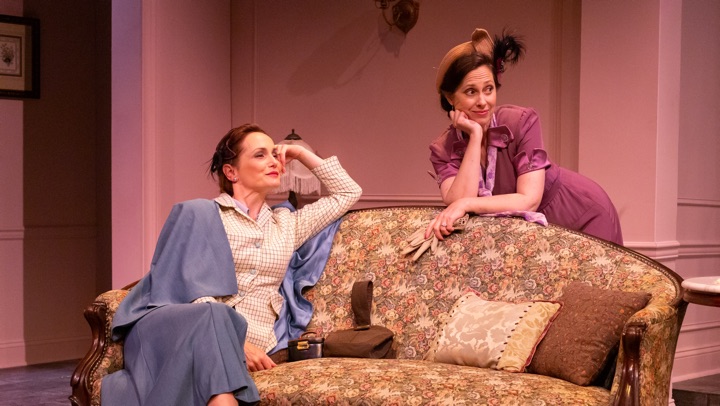 The plot, such as there is one, unfolds in a flurry of mistaken identities and clandestine trysts. Laura’s long-estranged sister, Winifred Mansfield (Julianna Zinkel), arrives for a rendezvous with her artist lover Max Lawrence (Christopher Kelly, a classic matinee idol type), only to find the family very much at home.

Laura becomes convinced that Max is her own long-lost paramour, whom she jettisoned for the security of her present union. Laura’s daughter Leone (Claire Inie-Richards) subsequently arrives from college, with her own sometime-sweetheart Geoffrey (Aubie Merrylees, sweetly dopey) in tow. Like mother and aunt, she soon enough finds herself besotted by the handsome houseguest.

The play takes a three-act structure, with the brief first act setting up the dramatis personae and filling in the background details. Matters don’t really get cooking until the second and third, which are presented here together. That goes for the production, too—it takes most of the first hour for the performers to abandon contemporary affects and settle into the self-consciously arch style of the past. Adams could have also employed more stage business throughout the first act: as it stands, the actors largely stand and deliver, where old-fashioned comedy all but demands a state of constant physical motion. 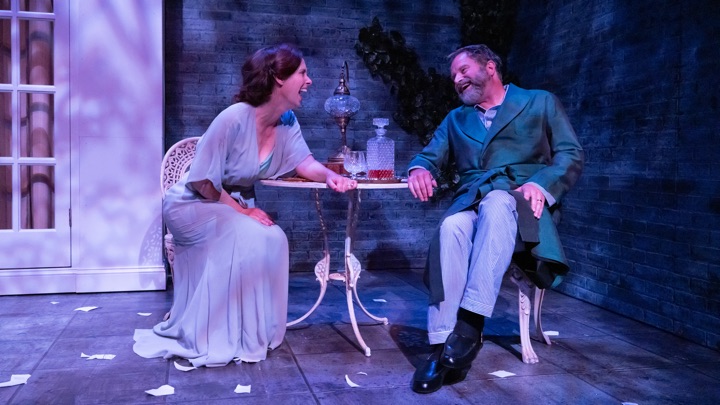 Thankfully, matters gel once the principals begin to swap affections and make secret plans. Lamm nails the dithering humor of Laura’s predicament as she pines for what could have been. A fine dramatic actor, her ultimate conclusion that she took the right course in life is genuinely moving. Ingram is the sort of performer who can raise an eyebrow and send an audience into hysterics, yet he never rests on these laurels—he too infuses his later scenes with a sincere pathos. Zinkel—a dead ringer for a young Miriam Hopkins—should do more period comedy.

Osborn’s script doesn’t linger on the mores of its period, though they’re obvious to anyone who can read between the lines. The Great Depression is conspicuously absent from the opulent surroundings, where people still dress for dinner. (Marla J. Jurglanis, People’s Light’s resident costume designer, has a knack for understated elegance.) Both Winifred—much-married and even more liaised—and Leone represent a new kind of woman; it’s easy to imagine how provocative it must’ve been to have a young woman frankly discuss losing her virginity on stage in 1930. Sequestered in the countryside, Laura and Augustus represent, to a degree, the twilight of an old order.

These factors don’t really add up to pungent social comedy, and Osborn’s chief concern is with getting a laugh. But People’s Light deserves commendation for resurfacing The Vinegar Tree, and there’s satisfaction in seeing a fine old play handled with care. I don’t expect it to overtake Morning’s at Seven in terms of popularity or prominence, but its roots still run deep.