Either less or more 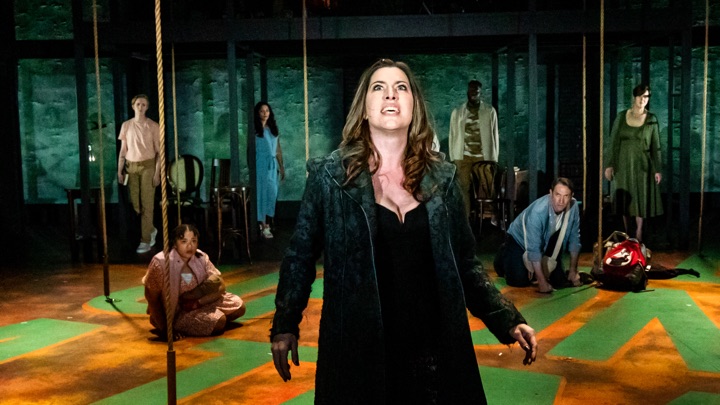 A paradox: Into the Woods is one of Stephen Sondheim’s most beloved and frequently produced shows, ubiquitous everywhere from middle-schools (where it’s done in a “junior” version largely limited to the first act), to regional theaters, to Broadway (where it’s had two productions, with a third one coming up next month via Encores). Yet Woods is also one of the trickiest of Sondheim’s shows to get right.

A revelation: an elegantly streamlined production now on stage at Philadelphia’s Arden Theatre makes the best case for the show I’ve yet seen—including the fabled original, directed by James Lapine, who also wrote the book.

More on that trickiness. Into the Woods, an original work strongly drawn from Bruno Bettelheim’s The Uses of Enchantment, conflates and overlaps multiple plotlines and fairytale characters, including Cinderella, Rapunzel, Jack (of Beanstock fame), Little Red Riding Hood, and more. They are placed in a continuous loop of action alongside a central couple newly invented by Sondheim and Lapine: a childless Baker and his Wife.

As in Bettelheim, the focus is on using these stories to look at our contemporary selves: specifically, the psychological resonances that continue to tie us to these stories and others. For the young characters, these insights include exhilarating self-discoveries like independence and blossoming sexuality. For the older ones, it’s often about limitations, losses, and roads not taken. 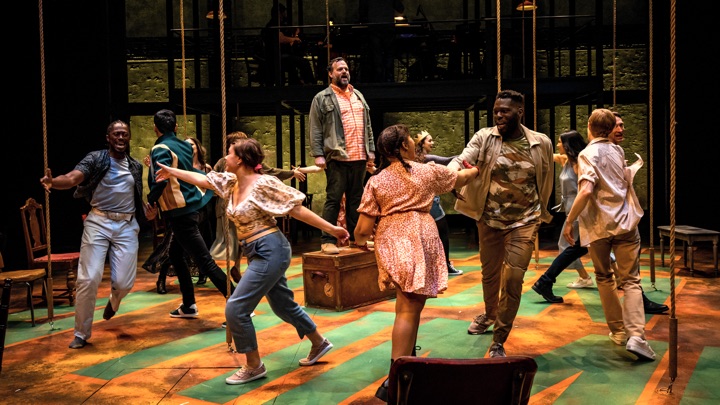 In other words, Into the Woods is both an original work and a pastiche. It’s also as delicate as a soufflé. Lean too far into the fairytale elements, and the piece becomes insufferably twee. Pull too far in the opposite direction—the sense of middle-aged regret—and it’s mawkish and cloying (think This Is Us with Sondheim songs).

My heart nearly skipped a beat when I walked into the Arden and saw how beautifully simple the construct was (scenery by James Kronzer, lighting by Jorge Arroyo, costumes by Levonne Lindsay, sound by Elizabeth Atkinson). The stage bears a painted “Once Upon A Time” faintly visible on the floor; a metal scaffold above has the chamber orchestra in full view of the audience, and also creates a frame.

Beyond that, there is an assemblage of chairs of many shapes and designs, as well as a large trunk. The actors slowly enter in clothes that fuse contemporary style with some historical bits.

What raised my hopes in part was by what was not there: no bright colors, no overt references to traditional fairy tale motifs. Could this finally be the Into the Woods I’ve waited for? Time and again, the answer to was yes.

Credit centrally must go first and foremost to Terrence J. Nolen, who directed this show with equal parts nuance and brio, and musical director Ryan Touhey, whose six-member orchestra is reduced from the show’s original scoring, but sound refulgent and fully satisfying. These two of course also worked with the cast, whose vocals—in difficult material—nailed every challenge. 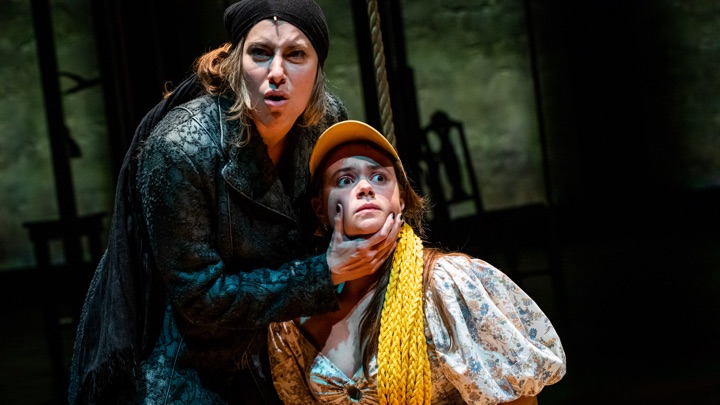 Ah, yes: the cast. Among the ensemble (and yes, they truly function here as an ensemble) I almost hesitate to single out individual performers, but a few deserve special praise.

Ben Dibble and Katherine Fried are marvelous as the Baker and Baker’s Wife, scoring points individually, but especially memorable in the bickering conversations which here have a rare sense of truthful harshness.

Kim Carson sings with gorgeous tone and acts the Witch with absolute mastery—this is a performance of intensity but also understatement, and it’s the highest praise I can give to say that Carson’s Witch is not simply a star turn, but truly part of the larger picture.

Grace Ellis Solomon is a delightful Little Red, underscoring (but never overdoing) both her callowness and her awakening womanhood.

Scott Greer (Narrator/Mysterious Man) brings an effortlessly sardonic bite to the role, which helps enormously in moving the show away from kitsch and into much deeper territory. 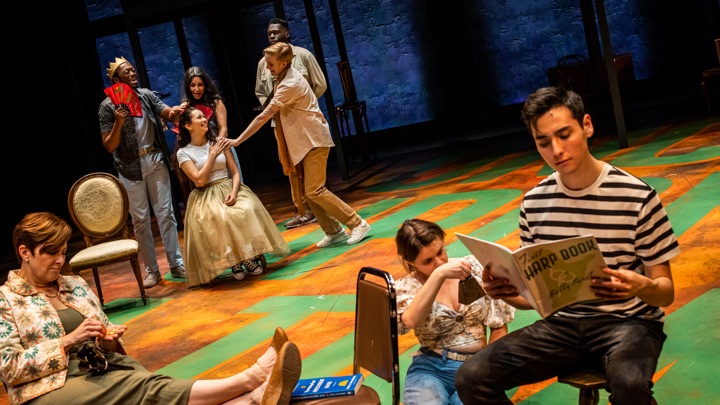 And in the most touching surprise of the evening, Anna DeBlasio—an understudy who subbed in for Cinderella—was simply wonderful vocally and dramatically, giving as polished and winning a performance in this major role as I’ve ever seen.

A few aspects of the show don’t work quite so well. The Witch’s transformation needs more visual punch. Some of the cast doubling, clever in theory, doesn’t serve the plot points as strongly. I should also say in candor that, despite some brilliant stretches, Into the Woods itself has never entirely satisfied me. I find it too long, and the final wrap-up feels both underdeveloped and oversimplified. Frankly, I thought that when I saw the original production in previews. I thought it quite a bit less here!

Perhaps you’re planning to see the upcoming Broadway production? By all means, go and enjoy yourselves. But first, consider also coming to Philadelphia for Into the Woods at the Arden, and then compare them. You may be in for a surprise.

Once Upon A Time: A Philadelphia theatre took on Stephen Sondheim’s most difficult show, and absolutely knocked it out of the park.