Do you know the musical about the quirky little girl, her dysfunctional family and the devastating secret that binds them all together? 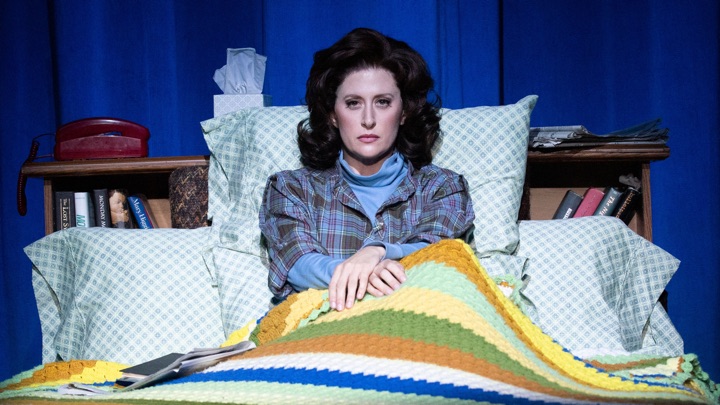 Cameron Kelsall: No, not that musical. If your mind went to Fun Home, which won a raft of Tony Awards in 2015 and was a Pulitzer finalist, I don’t blame you. My mind drifted often to Jeanine Tesori and Lisa Kron’s treatment of Alison Bechdel’s graphic novel during The Bedwetter, which is adapted from comedian and actor Sarah Silverman’s memoir of the same name. Both works attempt to balance humor and heartache in the story of an uneasy suburban childhood that unfolds in the 1970s and ‘80s. And both works center on a hereditary trait passed from father to daughter: in Fun Home, homosexuality; here, the titular nocturnal malady. Regrettably, the comparison stops there. The Bedwetter—which Silverman adapted for the stage with playwright Joshua Harmon and composer Adam Schlesinger—lacks the wit, edge, and musical distinction of its thematic cousin. It’s neither focused nor disciplined enough to properly explore the heavy subject matter it engages.

David Fox: I think your apt comparison goes deeper—in both, the narrator is a young girl (well, she grows up over the duration of Fun Home, but still); perhaps more to the point, both works are tonally complex and odd, and very much echo their authors. Fun Home’s biggest surprise was its form: by taking this often brutally serious story and turning it into a graphic novel, Bechdel managed to create a work that simultaneously suggested naïve optimism, and adult disillusion. Silverman’s presence is also a distinctive, with motor-mouthed (and often foul-mouthed) aggression tied to a persona of energetic freshness. But her special admixture just doesn’t cohere in Bedwetter. My overwhelming question during the show—and unanswered after—is to wonder: Who is the intended audience? The look and feel of the show, full of musical comedy sparkle and narrated by a somewhat Annie-like girl with a big clarion voice, seems geared to young people, who would indeed most benefit from Silverman’s forthright willingness to put her traumatic childhood habit out there for the world to see. But the show is also deliberately crude and crass (I counted several “fucks” in the first 10 minutes), with several very adult themes, including divorce, adultery, substance abuse, and the death of a child.

CK: It’s hard to imagine a Bedwetter Jr. hitting middle school auditoriums any time soon, with apple-checked fifth-graders calling everyone cunts and dicks while their parents nod approvingly in the audience. But conversely, the show is on its best footing when it leans into the soft-grained, relatable and regularly trod business of growing up. Even if you didn’t soak your sheets at night growing up, you can identify with the feelings of being an outsider or uncomfortable in your own skin that Silverman and Harmon mine very well in extended scenes between Young Sarah and her junior-high frenemies. But the material is on shakier ground when it delves head-first into more grown-up subject matter. This is partly because Silverman can’t resist a joke, but her attempts to infuse dark situations with humor seem facile rather than cathartic. But it’s also because the musical itself, which clocks in at barely two hours (with an unnecessary intermission), never focuses on a single subject long enough to do it justice. Hell, even in a show called The Bedwetter, there are long stretches where that topic is hardly mentioned. 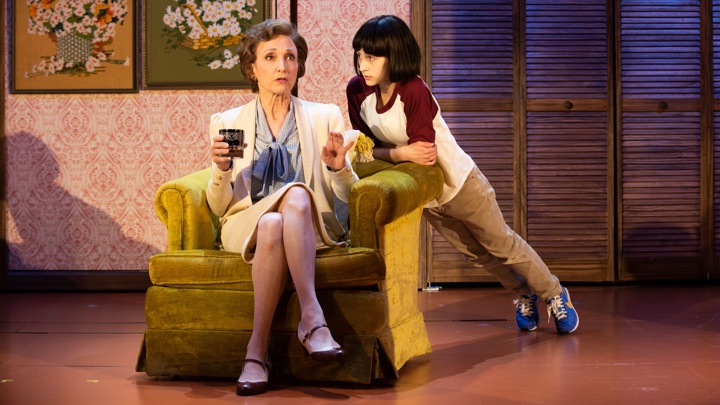 DF: The other side of the who-is-it-for? paradox I started with is that, while it’s clear that Bedwetter really isn’t for children, on the other hand it lacks the nuance and sophistication for a mature audience. My sense is that the show wants to be “adult” in a couple of different ways. One is a wickedly anarchic and bawdy sense of humor (also to my ear very much a Jewish comedy style). Occasionally, I think it hits home here, as in a quite deliciously funny diegetic song for Donald, Sarah’s dad. He’s an inherently humorous combination—part likable shlub, part small-town womanizer, and “In My Line of Work” takes this head on, so to speak. But to move from that, as Bedwetter does, to Sarah’s treating the death of her infant brother as a punchline—with a shattering effect on the family—would require much deeper and defter writing in both the script and the songs than we find here.

CK: It would also require more shading and sophistication in the acting and direction, but with the exception of Darren Goldstein—a consistently welcome presence as Donald—the company largely deliver one-note performances. Zoe Glick has megawatt energy when playing Sarah the budding comedian, but she turns cipherous when her character shifts in the second act and she’s tasked with communicating the onset of clinical depression. It’s another malady that runs in the family, but Caissie Levy is peculiarly unaffected as Sarah’s melancholy mother. She has a lovely song about middle-aged disillusion in the first act, “Your Father and I”—although like much of the score, it sounds too contemporary and pop-infused—but the character is otherwise underwritten, the root of her mental health problems explained in passing rather than sensitively explored.

DF: I also thought Goldstein was terrific, and two other ensemble performers stood out to me: Rick Crom and Ellyn Marie Marsh. Both take on largely comedic multiple roles and put them over very stylishly. It was both wonderful and heart-rending to see Bebe Neuwirth in the role of a grandma (albeit a very glamorous one). Her trademark dryness is as appealing as ever, but the role needs a corrosive edge that she doesn’t have. But really, the cast largely delivers what they can. The problems are more deeply entrenched in the material itself, and to me compounded by the usually excellent Anne Kauffman‘s surprisingly coarse direction. I think the show should have had at least one more round of workshop revisions, but heartbreaking reality intervened: Schlesinger died of COVID in April 2020. Veteran composer-lyricist David Yazbek is now on the team as a “Creative Consultant,” but my sense is Bedwetter is largely in its final form. 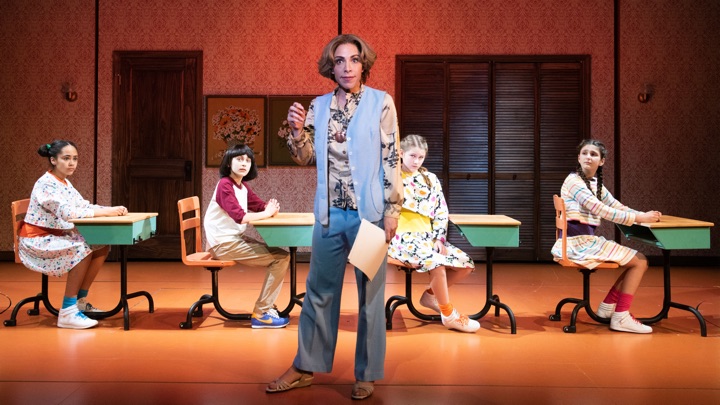 CK: Schlesinger was best known as a singer and guitarist for the pop-rock band Fountains of Wayne, and he worked with Rachel Bloom on the musical sitcom Crazy Ex-Girlfriend. Although the latter project often blended showtune-like songs into its scripts, Schlesinger’s ear seems more attuned to the singer–songwriter genre, which leads to a frustrating sameness in most of the score. The melodies are basic and forgettable; the lyrics (by Schlesinger and Silverman) sound too often like first thoughts. As you mentioned, the sad circumstances surrounding Schlesinger’s death likely preclude serious further development, and that’s a shame. Unlike Kimberly Akimbo—also by Jeanine Tesori and also premiered at the Atlantic this season, and already headed for Broadway—this endeavor feels undercooked. (You and I were both cooler toward Kimberly Akimbo than most critics, David, but it certainly feels more ready for prime time than this does.)

DF: Agreed on all points. There is an obvious built-in audience here, but what I would say to Sarah Silverman’s legion of fans is that her material is best experienced through her sensationally individual presence.