Concerts at Wolf Trap, mixed bags in more ways than one, provided fleeting glimpses of the old normal as moments of frisson mingled with more familiar monotony. 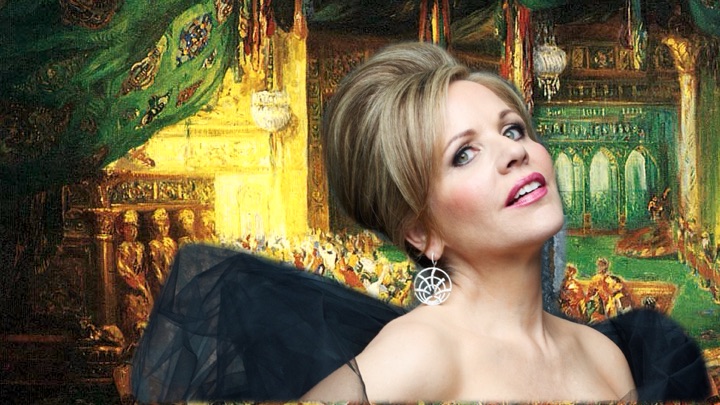 With an uncertain fall complicated by an exhausting and demoralizing umpteenth wave of the pandemic, memories of a long-awaited summer return to live classical music (and, critically, the privilege of kvetching about it) are to be held especially dear. In the DC area, a pair of concerts at Wolf Trap, mixed bags in more ways than one, provided fleeting glimpses of the old normal as moments of frisson mingled with more familiar monotony.

Both concerts, a gala entitled “STARias” celebrating 50 years of Wolf Trap Opera in late July and a pops-infused evening with NoVA resident Renée Fleming on Saturday August 6th, had commendable aspects. For one, any chance to hear Tamara Wilson, Ryan Speedo Green, or rising star Ann Toomey, which the STARias concert brought, is a valuable one.

Despite a stiffness and chill to her onstage demeanor, Wilson manages to wield an ample, exciting voice with an admirable and intrinsic degree of technical and musical control, both on the micro-level as she moves from phrase to phrase and the macro-level as she builds an aria. Her “Vissi d’arte,” refreshingly matter-of-fact and coaxed to a generous and well-earned climax, earned the evening’s longest ovation for good reason and her turn as Abigaille in the trio from Act I of Nabucco showed off nimble high notes and range.

In that same vein, bass Ryan Speedo Green also commands astonishing control of an extremely expressive instrument. While a somewhat strange programming choice, “O tu, Palermo” was taut and delicately shaded, exuding authority while eschewing the trap of bombastic self-indulgence into which I have heard this piece lead singers before. And soprano Ann Toomey proved a fetching discovery with exciting high notes that elevated the trio from I Lombardi into the evening’s truest moment of musical synergy.

But on a broader level, the impact of the two hit parade concerts was dimmed by artists lingering too long in repertoire that no longer shows them at their best. Michelle DeYoung turned in a blowsy “O don fatale” marred by imprecise Italian and abrupt switches between chesty declamation and shrieky, straight-tone high notes.

Paul Groves’s contributions were not much more even and that his most persuasive excerpt was the opening scene of Faust (opposite a wry and inky Raymond Aceto, replacing a previously announced Morris Robinson) in which the aged philosopher proclaims, “Je veux la jeunesse!” seemed a bit of cruel irony. And when Groves and DeYoung joined forces to ride the diaphanous musical waves of “Nuit d’ivresse” from Les troyens, the result was ungainly at best. 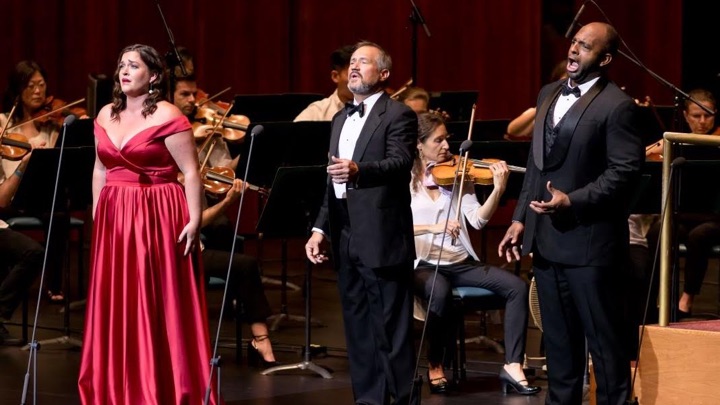 If “ungainly” doesn’t quite accurately apply to Fleming, ‘unbalanced’ might more accurately evoke her performance of Shéhérazade. For an artist whose consistency was a hallmark characteristic of her career, her appearances of late have acquired a pervasive plug-n-play quality.

Perfectly coiffed, singing with a voice that has thinned to a whisper at its either extremes, and calculatedly throwing her head back during Ravel’s orchestral swells, she’s still “Diva!” on slow drip. But with a work like Shéhérazade, whose cloying Orientalism now calls for interrogation rather than straightforward exposition, perfunctory only magnifies the unflattering fit of art on artist.

Fleming may type for introvert, but what might a more voraciously communicative (or even visibly interested) singer highlight about the clashes of opulence and violence in the music and text? And these days, what does it say about an artist that appears to demur from asking those questions in performance?

If the outing hardly jeopardized Fleming’s reputation as a singer– she got through it fine, offering swoopy, scoopy vocal warmth with occasional aversions into vinegary straight-tone – this program hardly served to justify or bolster the curatorial posturing Fleming has assumed at places like Lyric Opera of Chicago and the Kennedy Center.

Presenters using the Fleming name as a value chit to push an artistic agenda might do well to pause and reflect on the agenda (or lack thereof) the singer betrays in her own performing since her ostensible withdrawal from staged opera in 2017. A subsequent set of familiar arias demonstrated that the center of the voice remains largely intact and an affinity for some sort of interpretation remains – this performance just served to confirm: if there were ever an artist in need of a sabbatical, it’s Renée Fleming.

On both occasions, the National Symphony Orchestra played with verve and cohesion, though they were at times undermined by conductors Christopher Allen, who tended towards bombast for STARias, and Patrick Summers, whose accompanying of Fleming stayed mostly earthbound while overtures (from Magic Flute and a pair of Golden Age musicals) swung between stodgy (Flute) and momentous (Carousel).

The famine of live performance the past 18 months has wrought has highlighted for me what a privilege it is even to scrutinize and kvetch about the (vast majority of) evenings that do not reach stratospheric heights. To find kernels of value even when artistic priorities seem misaligned. I hope the fall holds brighter days for our performing arts, because I can’t wait to get back to celebrating and, occasionally, complaining.