Friend me a tenor

A particularly heartbreaking aspect of the pandemic shutdown has, of course, been helplessly watching rising artists have their careers plunged into indefinite silence. But for a few bold souls who are willing to try new things, the moment has also opened doors. 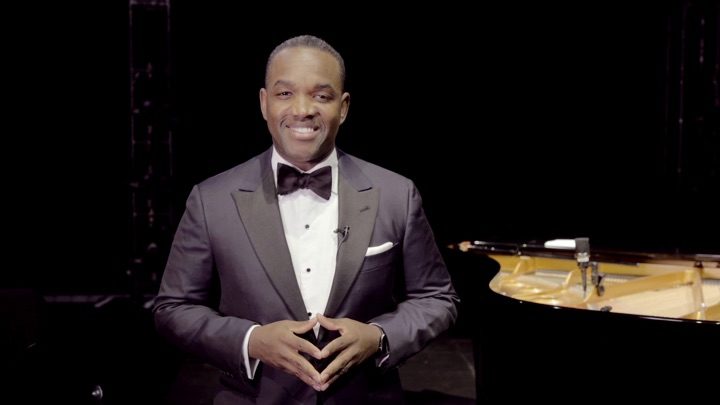 Those of us who have followed Lawrence Brownlee’s career since the beguiling and superbly gifted lyric tenor won the Met auditions in 2001 certainly know his footlight-crossing stage charm. But his entrepreneurial ease as a talk show host—and more importantly, as a voice to promote an important agenda, including helping to launch and sustain the careers of a younger generation, and bringing greater diversity to opera and concert platforms—are welcome new facets.

All of this is in ample evidence here, in an evening where the musical selections are notable for their breadth and diversity, including a group devoted to female composers, and a spirituals section.

Brownlee’s extended career is one of the best things to come out of these grim days. It’s inexplicable that the Met hasn’t take deeper advantage of his combination of talents during this time of both the pandemic and rising resistance to Eurocentrism, but hey—if it means more for us Philadelphians, I’m all for it!

Lawrence Brownlee and Friends is an auspicious introduction to the new Opera Philadelphia Channel. In a seemingly casual assemblage that includes interviews and several thematically-grouped sections of song, Brownlee is joined by three sopranos whose careers are closely associated with our city. Lindsey Reynolds, Sarah Shafer, and Karen Slack are alums of Curtis. Slack is the most recognizable name in the group; Reynolds in the early stages of a career (and finishing her Master of Music degree); and Shafer—who has also had featured roles with Opera Philadelphia—is somewhere in between.

Myra Huang is the excellent pianist, and also provided a striking duet arrangement (for Slack and Reynolds) of the shattering spiritual, “Watch and Pray,” which is one of the show’s high points. Huang, like the others, engages in easy conversation with Brownlee that is by turns hopeful and wistful.

Brownlee himself sings, of course, and it’s obvious from the first moments that he’s in prime vocal estate. (His manner and sound remain so youthful that it’s startling to realize his prize-winning first appearance at the Met was nearly 20 years ago.) In a showpiece aria from Donizetti’s Rita which has become a Brownlee signature, he shows his easy mastery of bel canto line and decorations; but I was more taken with an unfamiliar but lovely Clara Schumann setting of Rückert’s poem, “Liebst du um Schönheit.” He’s also captivating (if for my taste, still a bit too “operatic”) in Isham Jones’ and Gus Kahn’s “It Had to Be You.” 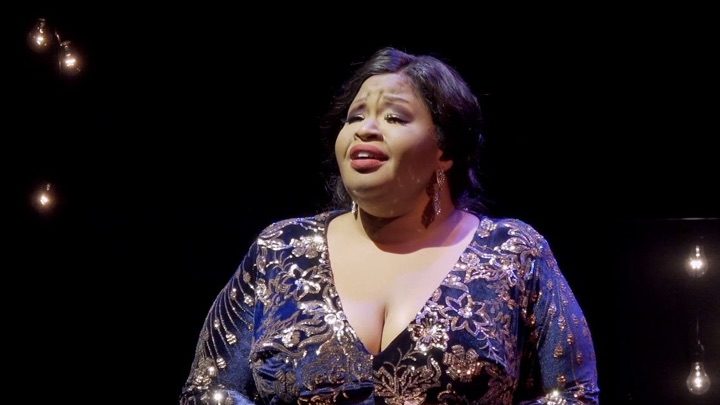 Among the sopranos, Slack makes the most vivid impression, both vocally and dramatically. Her opening, “Il est doux” from Massenet’s Herodiade, has grandeur and vocal luster, but (as with Brownlee) I thought she was at her best in the song repertoire—gorgeous and idiomatic in Alma Mahler’s “Die stille Stadt,” and riveting in her two spirituals.

Shafer has the pearly lyric sound and petite good looks that instantly suggest a Susanna or Adina (both roles in her repertoire), but I enjoyed her more in the supporting role of Iris in Opera Philadelphia’s Semele, to which she brought considerable personality. Likewise here, her best moment is, somewhat unexpectedly, Gershwin’s “Fascinating Rhythm,” to which she brings the wit and suavity of a born cabaret performer.
Reynolds has been a highlight of several operas here, to which she brings an ebullient personality and a very special vocal sparkle. (Playing Zerlina in a Curtis’ Don Giovanni, she pretty much walked off with the evening.) Her gifts are heard best here in Victor Herbert’s “Art is Calling for Me.” 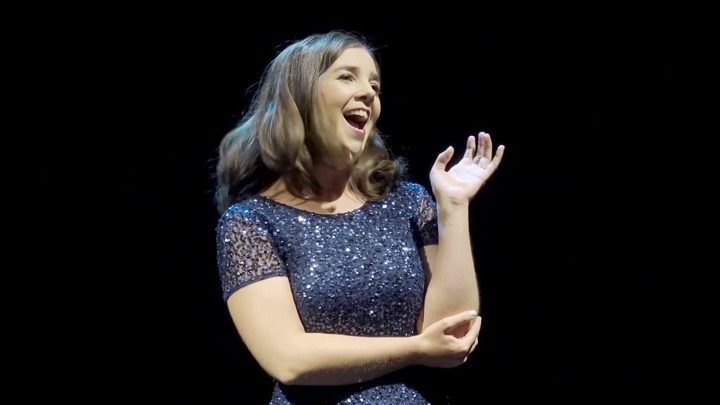 A final encore—all the artists participating in “Anything You Can Do” with special lyrics—doesn’t quite click, but the spirit of good will abounds, here as everywhere.

In fact, it’s remarkable to me how well Lawrence Brownlee & Friends distills the values of Opera Philadelphia—from its commitment to local artists and off-beat repertoire, to its sense of civic engagement, to showcasing women in music (not just the performers, but the composers).

This show, and future programming, will be available as part of a subscription, or individually.

They’re off to an excellent—and very much “on-brand”—start!