Rigoletto at Circo Massimo was my first opera since the lockdown started in March. 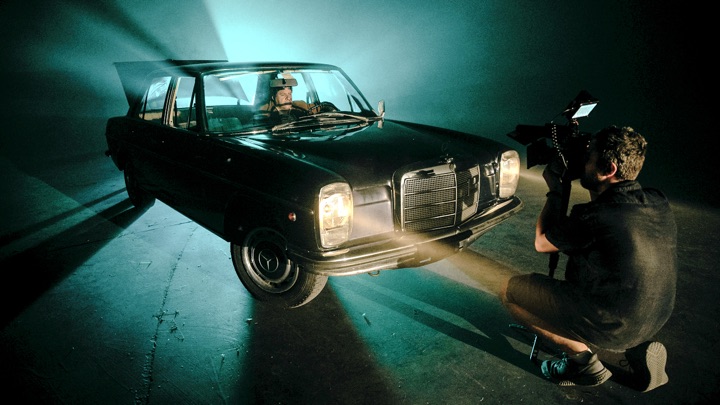 When the Opera di Roma announced this summer opera series it became my goal to get back into the opera world. The cast and the creative team for this project seemed intent on serious opera making at the highest level.

When I arrived in Rome from London overall COVID-19 related security measures looked strict and more closely observed than in the UK. The organization of the event on July 18 made me feel very secure. There were four separate entrances to the venue to minimize the transit space to the seats and every patron got their temperature checked with hand-held devices.

All the staff were wearing masks and patrons were required to wear masks until reaching their seats. The seats (typical plastic chair used in Italy for outdoors summer festivals) were configured in groups of one or two in isolation based on the bookings, ensuring every couple or individual had more than one meter of separation in every direction.

There were no bars with drinks of food and during the two intermissions people were required to remain on their seats. These last two measures took from the act of going to the opera most of its traditional socializing component. People used this time instead for checking their social media, thinking about what they have seen and resting, something you would miss in those 90 minutes without intermission concerts being done elsewhere.

Performing in the open air presents many challenges to the production. Probably the most important here was the need for sound amplification as, unlike other Italian summer events, Circo Massimo’s vast space lacks side walls that would allow the sound not to be lost. The amplification itself was not bad, however how the sound was captured and mixed was tricky. Singers were not using body microphones, relying on ambient mics and those placed on the steadicams that required live mixing depending on the location of the singers. There were serious problems with this, mostly affecting the Duke during the first act.

Damiano Michieletto‘s new production, designed specifically for this space and circumstances, made clever use of a big onstage screen showing live closeup video of the action, as well as flashbacks and dreams of the characters. The live images were captured by three camera operators that moved on the stage along the singers but never looked intrusive. From the technical point of view this was brilliant and well executed. The light design resulted in a very beautiful and cinema-like photography.

Also there was not noticeable latency on the capture-display process. (Having suffered many other productions using live video with an annoying delay between the sound and the image creating a lips-out-of sync effect I found this very much welcome!) The only downside of the video projections was that sometimes after looking at the screen and looking back to the stage action the spectator could be lost trying to find what he was seeing on the screen, as the stage was huge, with action sometimes happening on several levels and without any spotlight.

All the action happens in a parking lot next to an amusement park of which we only see an old carousel. The court of Mantua are low profile criminals that live in this space and use it for selling their stolen goods. The Duke is the young leader of this gang while Rigoletto is not a deformed buffoon but just an old man, much older than the rest of the criminals, that never made it out of that life and everyone abuse.

Gilda is secretly living the life is father is trying to protect her from but it is still truly in love with who she thinks is just a member of the band. The whole story makes perfect sense in this setting and includes powerful moments either from the visual point of view (the “Caro nome” sung from the carousel, Rigoletto being beaten by the band wearing clown masks as in the Joker movie during the “Zitti, zitti”) or more conceptual (the wedding dream from for and the Duke, the flashback showing Gilda and her mother in the beach, the flowers representing death.)

The cast assembled for this production went even beyond the expectations I had for it. Iván Ayón Rivas created an elegant duke with a beautiful voice that sounded always fresh and easy: a young man whose triumph allows him to take whatever he wants and enjoy it. From the very beginning with “Questa o quella” (despite the sound problems) he offered smooth phrasing and legato communicating the character’s varied emotions. His singing was not showy (no high notes at the end of “La donna e mobile” nor “Possente amor mi chiama”) but more character driven (the contrasts between meaningful love in “Ella mi fu rapita” and and more playful moments elsewhere.)

Rosa Feola has definitely mastered this role. She is the loving daughter that also falls for that enigmatic character of the duke regardless of if he is an “angelo o demone”. Her singing showed an exquisite technique with controlled breath allowing lustrous delivery of every note and word. Her duets with the duke and Rigoletto were full of musicality and good chemistry on the acting side. “Caro nome” sounded fresh and rounded but not over brilliant in coloratura. Her middle and low registers now sound richer, creating very convincing drama in the third act.

Roberto Frontali is not what you would call a “resounding” Rigoletto. His voice is no longer very full because of his age but he creates a truly believable characte. He is not a frightening monster that scares everyone with a cavernous voice in “Sì, vendetta” but a loser lamenting in “Pari siamo” that can still love in a very lyrical “deh, non parlare al misero.” His entrance singing “La rà, la rà” in the second act was a good example of this: a fast tempo and very lightly sung, still trying to pull of the false character of the carefree jester. He reached his peak in a “Cortigiani: rich in nuance.

The rest of the cast included a fantastic Martina Belli as Maddalena and a solid Riccardo Zanellato as Sparafucile, though his voice was not flattere by the amplification.

Danielle Gatti did a serious job conducting this production, removing most of the high notes added by the tradition and keeping fast tempi that blended quite well with the action. Presumably, he had the luxury of lots of rehearsal time, which accounts from the precision of the ensemble.

At the end, with the chilly Roman wind blowing and with the audience’s applause evaporating into the sky, that strange cold sensation that has been in our lives in the last months came back. But before that we spent more than two hours enjoying a fantastic production and a night of marvelous singing that kept us thinking how good is the opera and how much we enjoy life because of it.