The opera titled L’Amant anonyme (“The Anonymous Lover”) is important because it is one of the earliest known operas by a Black composer that still survives in its entirety. 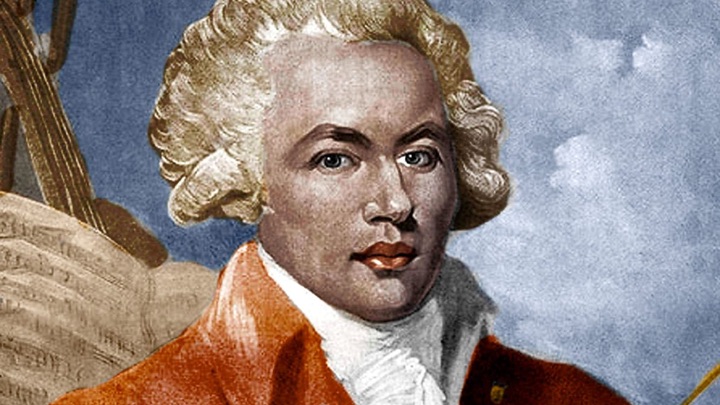 On March 8, 1780, an important operatic premiere took place in Paris. The performance was not held at one of the city’s official operatic venues – at that time, the Opéra the Opéra-Comique – but at the palatial home of the prominent salonnière Madame de Montesson.

The opera was titled L’Amant anonyme (“The Anonymous Lover”), and it is important because it is one of the earliest known operas by a Black composer that still survives in its entirety. The composer, Joseph Bologne, Chevalier de Saint George (occasionally spelled “Joseph Boulonge, Chevalier de Saint-Georges”), has since fallen out of the public consciousness. But at the time he was a familiar face amongst the Parisian beau monde, consorting with the upper crust of the French nobility.

This is the first installment in a two-part series delving into the fraught history of opera and race through the lens of Bologne’s opera. The Black Lives Matter movement has prompted many opera companies to not only reflect upon their own role in perpetuating racism in the opera industry, but also to bring operas by Black composers into the heart of their performing schedules. L’Amant anonyme, a work of huge historical significance, seems like an excellent place to start.

This first installment will explore Bologne’s many attempts to break through as a Black opera composer in a white-dominated industry, charting the woeful chain of events which led to L’Amant anonyme receiving its premiere not in an opera house, but in the parlor of a wealthy Parisian socialite. The second installment will take a closer look at Bologne’s score and take a broader look at the ways in which opera has been implicated in the history of slavery, colonialism, and white supremacy.

As Bologne’s biographer Gabriel Banat has noted, the early details of Bologne’s life are clouded in mystery, exacerbated by a series of popular 19th-century novels which presented a romanticized (and almost completely fictionalized) account of the composer’s life. We know that he was born in Guadeloupe in 1745, the son of a French plantation owner and his wife’s African slave. And we know that Bologne père, who was ennobled in France for his government service, raised Joseph as if he were French nobility, even passing on his title to his illegitimate son.

When Bologne was seven, his father took him to France where he received much of his education. The young Bologne proved both intelligent and athletic – he was ambidextrous and quick-witted, excelling at fencing, horse riding, and, above all, playing the violin. Indeed, Bologne became one of France’s most accomplished virtuosi, a sought-after soloist and conductor in Paris’s emerging culture of symphonic music.

In 1773, Bologne was appointed the director of the Concert des Amateurs, which, under Bologne’s (notoriously exacting) direction, was transformed into one of the most formidable orchestras in Europe. With this first-rate ensemble, Bologne premiered many of his own works, performing as soloist for his own violin concerti. These concerti – which are considerably more difficult than many other French concerti of the time – provide insights into Bologne’s unparalleled virtuosity, which dazzled Parisian audiences in his time.

As director of the Concert des Amateurs, Bologne promoted musical cosmopolitanism, greatly enriching Paris’s musical landscape with new music from all across Europe. He was a staunch advocate of the works of Joseph Haydn, and, after the ensemble obtained new financial backing from the Freemasons, famously commissioned and premiered Haydn’s “Paris” symphonies.

By this time, Bologne had drawn the attention of Marie Antoinette, who maintained a regular presence at his concerts. They developed a close friendship, and Bologne soon became a fixture of social life at Versailles as a performer, fencer, and conversationalist. Indeed, Bologne was seen by many as a paragon of Enlightenment sociability, a worldly man-about-town who enlivened the salons of Paris with his wit and charisma.

Bologne’s success in the concert hall and the salon was tempered by his difficulties in the opera house. At the time, opera was the genre of utmost prestige in France; the surest way for a composer to boost their public profile and turbocharge their career was to secure a successful premiere at either the Opéra or the Opéra-Comique. It is no wonder, then, that from the late 1770s Bologne focused almost all his compositional energies on writing opera, eager to advance his career as an opera composer.

Yet Bologne’s foray into opera began with what was to be his greatest professional blow. In 1776, Bologne was slated to be the new music director of the Opéra, with the hopes that his firm hand could turn around the subpar musicians of France’s most prestigious institution. The primae donnae of the Opéra staged a (very public) protest, outraged that they should have to take instruction from a Black conductor, and they successfully petitioned the King to rescind on Bologne’s appointment.

After cultural politics aligned with outright racism to thwart Bologne’s aspirations at the Opéra, Bologne turned his attentions to the Opéra-Comique, the other official venue for opera at the time. However, he struggled to acquire good libretti, a necessity in a genre that was considered comedy first, music second. Of the three works he wrote for the Opéra-Comique, two closed after just one performance. With each flop, the press praised the score and panned the drama, yet this was not enough to salvage Bologne’s career at Paris’s official opera houses.

It was in this climate of immense professional difficulty that Bologne turned to the so-called “Théâtre de Société”, the lavish private opera houses of the French aristocracy. In the twilight years of the Ancien Régime, the nobility began to adopt opera – once the most public form of entertainment in France – as a private pastime. The idle rich would produce operas (usually in the opéra-comique style) in their Parisian mansions or country estates, often at great expense.

Amateur operatic performance was a social activity for these nobles: the singers and musicians would consist of their friends, family, and neighbors, many of whom were highly proficient musical dilletantes. This operatic socializing was modeled by none other than Marie Antoinette herself – a talented singer in her own right – who performed operas with her friends in her own private theater near the Petit Trianon.

Bologne found employment in the private theater of Madame de Montesson, an effervescent socialite and secret wife to the Duc d’Orléans, whose mansion adjoined her lavish neo-Classical townhouse. When Bologne wasn’t involved in the musical life of the Montesson household, he was leading her husband’s hunting expeditions, becoming something of a factotum to the powerful couple.

L’Amant anonyme was the first opera that Bologne wrote for Madame de Montesson’s theater. Based on a play by the Comtesse de Genlis, Montesson’s niece, it typifies the kind of opera that was popular in Paris’s society theaters: there are only a handful of roles (of varying musical and dramatic difficulty); the setting is simple and rustic (requiring limited props or scenery); the plot centers around a relatively low-stakes domestic intrigue; the tone of the work is lighthearted; and the score provides ample opportunity for diegetic social dancing.

The opera tells the story of Léontine, a young widow whose joyless arranged marriage (cut short after just two years) left her disenfranchised with the idea of love, prompting her to isolate herself on her country estate. Her oldest and closest friend, Valcour, Vicomte de Clémengis, has been madly in love with her for over a decade but has concealed his feelings for fear of being rejected by the beautiful young heiress.

For fear of being scorned, Valcour attempts to court Léontine anonymously, breaking into her house to leave her flowers and love letters. This (poorly thought-out) ruse backfires: Léontine, rather than being won over by these anonymous tributes, is terrified of her tenacious stalker, repulsed by his unprovoked and unwanted advances.

The opera’s plot consists of Valcour’s various bungled attempts to “out” himself to Léontine as the anonymous suitor. His first attempt, which involves jumping out at Léontine from behind a tree, ends in disaster as Léontine almost faints from fright. For his second (and equally ill-fated) attempt, Valcour enlists the help of a bumbling old philosopher, whose circuitous ramblings only frustrate her. Finally, Valcour reveals his true feelings to (a much-relieved) Léontine at the wedding of a local peasant couple, and all live happily ever after.

The score has not yet been completely recorded; however, Tafelmusik have recorded the overture and some of the ballet music. These excerpts give a sense of the opera’s breezy exuberance, offering a small taste of the score’s sheer vibrancy.

In the next installment, we will explore these excerpts in greater detail, getting to grips with some of the striking aspects of Bologne’s musical style and reflecting upon what makes this composer especially relevant today.