Saturday’s performance of Così fan tutte demonstrated that even the cool, acerbic wit of Mozart’s most controversial comedy can warm our hearts in these icy winter months. 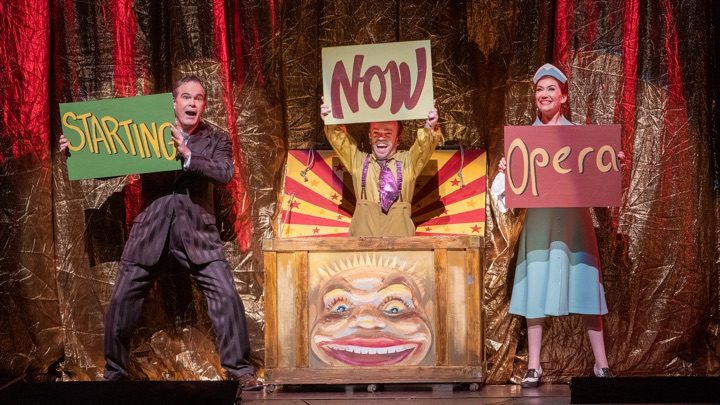 It was recently pointed out to me that, for almost a month, the Met is only performing 18th-century opera. Between the rollicking production of Handel’s Agrippina, the second run of Le Nozze di Figaro, and, on Saturday afternoon, the opening of Così fan tutte, opera-goers have been treated to three of the greatest works written before 1800.

Over the month of February, the Met has well and truly proven that it can not only stage these works in compelling and varied ways, but also that these works can connect with audiences just as strongly as the 19th century fare.

Saturday’s performance of Così fan tutte, in particular, demonstrated that, with wit the right singers and musical direction, even the cool, acerbic wit of Mozart’s most controversial comedy can warm our hearts in these icy winter months.

This was a refined, intelligent performance, and (despite Phelim McDermott’s Coney Island-themed production) never showy or ostentatious. Indeed, the performers struck a delicate balance between playing into the farce and acrobatics of the staging and simply letting Mozart’s music speak for itself.

From the podium, Harry Bicket—who is also conducting the Met’s run of Agrippina—led a light and breezy Così, quick but never rushed, precise but never rigid, and sensitive but never lacking in energy and conviction.

Under Bicket’s baton, the orchestra had a cool edge, the woodwinds brittle and restrained and the strings playing with a dash of silvery grit. Within this icy palette, the more colorful moments of Mozart’s score were brought to the fore, endowed with a warm, inviting glow. 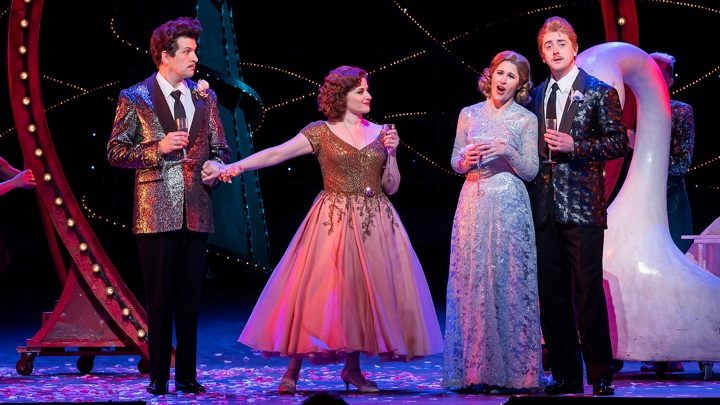 The interjecting horns and woodwinds in “Per pietá, ben mio”, for example, thawed out the texture with a sweeter, more mellow tone, and even the trumpets in “Bella vita militar” had a subdued, almost lilting quality.

Bicket’s orchestra afforded plenty of space to the singers—while also providing them with plenty of support and drive. And the cast flourished as a result. The ensemble work, especially, was meticulously executed, packed full of expression and depth, the voices exquisitely balanced and blended.

Indeed, the performances were astonishingly even in quality, the voices well matched in tone and volume. This felt like a unified performance, the cast collectively presenting a distinct and persuasive take on Mozart’s score—all while demonstrating a dramatic chemistry essential in an opera built on a complex web of sexual politics.

Nicole Car’s Fiordiligi was all elegance and charm, her sweet, buoyant soprano gliding through Mozart’s more lyric phrases with gentle ease. In “Come scoglio,” Car played down the aria’s leaps and runs, preferring evenness of tone to vocal fireworks. Indeed, her Fiordiligi was neither flighty nor haughty, but refreshingly down to earth; when confronted with the puerile antics of the male characters, she was earnest but assertive, her tone measured and bright.

Her “Per pietá” was the musical highlight of the performance, with a fresh, effortless musicality, particularly in the Adagio, and a delightful sense of drama and color. Car sang with style and poise throughout, despite dangling some twenty feet above ground in a Ferriss wheel gondola.

Serena Malfi’s Dorabella, by contrast, was all fire and passion, with a rich, vibrant sound and a magnetic stage presence to boot. Malfi, too, demonstrated an evenness throughout her vocal range, a smoothness which made light work of the long Mozartian lines. 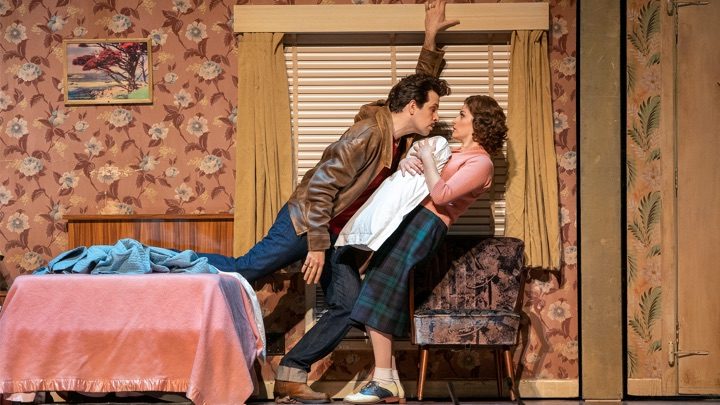 Her “Smanie implacabili” had an arresting honesty, sung with a crisp poignancy, hammering home the emotional toll of Ferrando and Guglielmo’s deception. If the aria’s sighing figures occasionally felt a tad clipped, the rising legato lines had a bracing swell, effectively capturing Dorabella’s emotional torment.

Ben Bliss brought a sweetness and a vulnerability to his Ferrando, all awkward swagger and puppy-dog eyes. Although Bliss’ voice was on the lighter side, it had a ravishing floating quality and successfully cut through even the densest ensemble textures. The top of his range, in particular, was dulcet and honeyed, and gently integrated into a more robust but less lustrous lower register.

This was no more evident than in his “Un aura amorosa,” which had a radiant, weightless quality—although I would have appreciated more light and shade in the phrasing. In the second act, his musical interactions with Car’s Fiordiligi were all exquisitely sung, Bliss proving a responsive and sensitive duet partner, seemingly tuned into the ebb and flow of Car’s interpretation.

Of the four lovers, Luca Pisaroni’s Guglielmo was the most austere. His was a no-nonsense interpretation marked by a staunch, metallic tone and a blunt, believable textual declamation. Although Pisaroni was undistinguished in the ensembles, he shone in the recitatives, where he showed an impressive (and rather playful) command of Da Ponte’s text.

Pisaroni amped up the emotional dial for his “Donne mie, la fate a tanti,” spitting out the rapid-fire text with bluster and flair; in Pisaroni’s interpretation, this aria seemed to be an expression of shame and humiliation, rather than of biting rage, as if Guglielmo were holding up a mirror to his own self-doubt.

Heidi Stober’s stylish Despina was neither chatty maid nor hawkish matron, but rather, a complex, multidimensional agent, whose role in the drama was played with a delicious ambiguity. Her Despina seemed to be both the driving force behind the opera’s imbroglio and a kind of sympathetic observer, making for scintillating viewing.

This was matched with some of the most enchanting singing of the night. Aria after aria was gorgeously rendered, brimming with color and contrast. Her “In uomini, in soldati, sperare fedeltà” was a particular highlight; Stober not only captured the wit of this aria, but also its humanity, bringing a welcome tenderness to her tone.

If there was a weak link in this cast, it would be Gerald Finley’s Don Alfonzo. Finley’s interpretation was, perhaps, too nuanced to project the complicated motivations of this ageing philosopher across such a large auditorium. The singing, too, lacked a distinct flavor, and was often a tad two-dimensional, even in the recitatives.

The subtle, tempered musical interpretations which emerged in this performance often felt at odds with McDermott’s busy, circus-inspired production. And, frankly, much of the flashy sideshow provided by the Skills Ensemble was simply distracting (particularly in the sensory onslaught which was the Act I finale).

However, there was still much to love about this staging. In setting Act I, Scene II inside and outside a suite of revolving motel rooms, McDermott injected this complex scene with a spatial dynamism which greatly elevated the dramatic back-and-forth.

When McDermott chose stillness over slapstick, the effect could be utterly mesmerizing. Staging “Soave sia il vento” on the Coney Island boardwalk—with the women looking out over the bight at dusk—was touching and evocative. Similarly, the slow-moving swan boats and tea-cup rides made for a rather hypnotic backdrop to the emotional turmoil of the second act.