You tread on my dreams

Wednesday night’s New York Philharmonic concert was a high-stakes performance for a number of reasons. 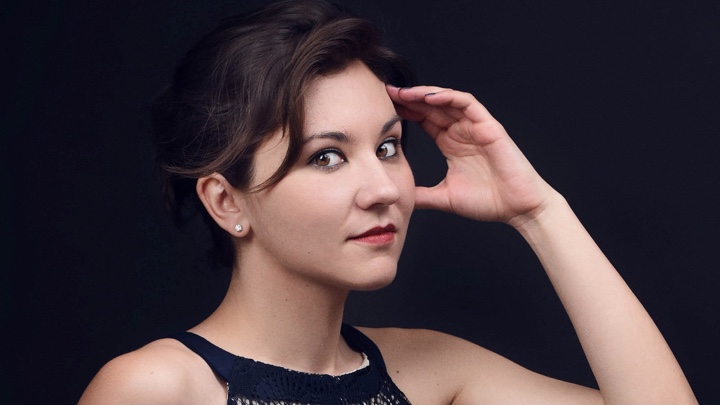 Composer Nina C. Young “has written a work that effectively plays into the Philharmonic’s strengths, showcasing individual players while also allowing for a rich ensemble sound.”

Firstly, it was the initial concert in the orchestra’s much-lauded “Project 19” initiative. This large-scale commissioning effort, celebrating the centenary of the 19th Amendment, will see the premiere of 19 new works by 19 of America’s most eminent women composers over the course of the season.

Secondly, it culminated in a performance of Mozart’s Great Mass in C Minor, a formidable work that presents unique challenges to any orchestra who attempts it. The work’s unfinished status gives rise to a number of aesthetic contradictions: it is at once monumental and compact, complex and surprisingly direct, pietistic and audacious.

While the New York Philharmonic delivered a thoughtful, energetic performance of Nina C. Young’s Tread Softly, the first of the “Project 19” commissions, its performance of Mozart’s Great Mass was altogether uninspiring.

Young’s new work, based on a line from Yeats’ “The Cloths of Heaven” (a poem which has seen its fair share of musical settings), was a scintillating, elusive work. It began with barely a whisper – two clashing drones in the strings, a tone apart, topped off with flutterings of vibraphone and a patchwork of breathy sounds from the woodwinds.

As the texture grew, timbres faded into each other, revealing splashes of diatonic harmony, occasionally sprinkled with pointillistic smatterings of harp, piano, and percussion.

Over the course of the piece, these gentle, luminescent textures were subject to a number of (much noisier) interruptions – heavily accented brass chords, leering glissandi, a virtuosic cadenza from concertmaster Frank Huang, and even a lively fandango (replete with tambourine groove).

These interruptions, the composer informed us in a pre-show interview, constituted a kind of sonic realization of the surreal imagery which ends Yeats poem: “tread softly because you tread on my dreams” (the quiet, glittering textures, broadly speaking, represented the dreams, the interloping noise, the treading feet).

While individual textures were enticing in and of themselves, they often seemed disconnected from one another. The impact of these textures might have been amplified if the piece’s disparate elements had cohered more tightly into a single sound-world.

Nevertheless, Young has written a work that effectively plays into the Philharmonic’s strengths, showcasing individual players while also allowing for a rich ensemble sound. The players responded with a riveting, attentive performance, kept in careful balance by music director Jaap van Zweden.

The New York Philharmonic can do no better service to the remaining “Project 19” composers than to give them premieres as taut and gripping as Wednesday night’s.

Young’s work was followed by Haydn’s Cello Concerto in C Major, Hob. VIIb:1. The inclusion of the Haydn was a rather pedestrian programming choice. There was already one (considerably heftier) eighteenth-century work on the bill of fare – why not include another work by a women composer to mark the beginning of the “Project 19” performances? Both Kaija Saariaho and Unsuk Chin, for example, have created beautiful cello concerti which would have complemented the Mozart and the Young nicely.

The Philharmonic matched this humdrum programming with an equally stale performance. The orchestra seemed to drag sluggishly behind Jaap’s beat, especially in the Moderato, and the string tone was feeble and indistinct, lacking a core to the sound. Yet, despite this, rare moments of woodwind color were more or less drowned out, resulting in a rather two-dimensional blend.

When accompanying the soloist, the ensemble lost much of its tone quality, falling into square, idle phrases which gave no sense of the overall shape of the piece. It as if van Zweden had forgotten that an orchestra can be musical and expressive, even in an accompanying role.

The soloist, section principal Carter Brey, seemed to be completely at odds with van Zweden’s vision of the piece. His performance was marked by a wide, expressive vibrato and sweeping, Romantic slides in the legato passages, and a gutsy rhythmic punch in the more detached gestures.

Yet, his sound was noisy and raspy, and it was difficult to make out individual pitches in the faster passages. Brey’s performance was plagued by intonation issues and small inaccuracies, not aided by the purple-hued maudlinism of all the portamenti. His cadenzas, by contrast, were often a tad severe, lacking in wit and finesse.

The Allegro was altogether more successful for both orchestra and soloist, endowed with more humor and sparkle than the earlier movements. Yet, this was still mired by scratchy solos and a staid approach to the orchestral phrasing.

The same issues bedeviled the orchestra’s performance of the Great Mass, although the haziness of the tone and the dryness of the phrasing were less glaring when nestled in amongst the battery of singers. The string sound was also particularly bass heavy, with the nucleus of the sound lost unless reinforced by brass or woodwinds, who brought a firmer, clearer sound to the textures. The trombones, especially, played with a rounded, mellow sound, which was especially refreshing in the grandiose call-and-response of the “Sanctus”

The choir, provided by the Concert Chorale of New York, was uneven in tone. A particularly lustrous tenor and bass section almost drowned out the sopranos and altos, whose sound was reedy and feeble in comparison. The result was a glowing tower of low harmonics topped off with ghostly wisps of upper voices. This was particularly noticeable in the choral fugues, in which the sopranos and altos were almost consistently lost in a rich blend of deeper voices.

Despite this inconsistency, the choir sang admirably, crisply articulating the Latin text and effectively wrangling Mozart’s polyphony. The “Qui tollis” was a particular highlight, the choir executing the sudden dynamic changes with style and ease, while also capturing the grandeur of the incessant march-like rhythms. The “Credo”, too, had a sumptuous quality, driven by clarion tenors and a slightly more robust orchestral sound.

Swedish soprano Miah Persson sang the first soprano, her sound characterized by rich middle register, but a broad wobble towards the upper end of her range, and low notes which failed to project across the orchestra.

Her “Kyrie” sounded a tad pushed; in the moments when she held back, her sound was warmer and more freely maneuverable. Her “Et incarnatus est”, by contrast, was the highlight of the evening, the soprano bringing a refreshing sweetness to her sound, and an easy, breezy musicality, soaring on ethereal, floating phrases. The cadenza was particularly dazzling, the Philharmonic’s woodwinds matching Persson’s effervescence in vibrant technicolor.

The second soprano was to be sung by Amanda Majeski, who pulled out at the last minute due to illness. Susanna Phillips proved a reliable stand-in. Her bright, sonorous high register added an optimistic gleam to the “Laudamus te”, although her sound became increasingly constricted in the lower parts of her range and the wide leaps proved awkward in her voice.

The real star of the show was tenor Nicholas Phan, whose bracing sound dominated in both the “Quoniam tu solus” and the “Benedictus”. His phrasing had a delightful ebb and flow, undergirded by an impressive consistency of tone. The same could not be said for bass Andrew Foster-Williams, who failed to make an impression in the “Benedictus”, almost completely drowned out by Phan’s strident sound.

The “Benedictus” quartet, in general, was muddled and unbalanced, salvaged only by the glorious energy of Mozart’s score. Indeed, in this performance, it was Mozart, and not his interpreters, who stole the show – a great mass given a middling performance.