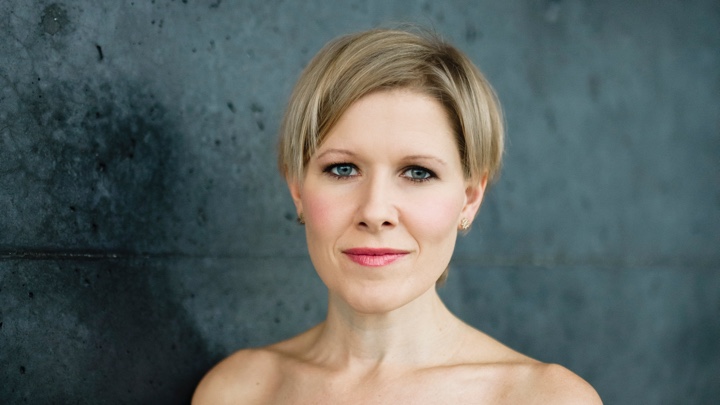 Yet, last night at Weill Recital Hall, soprano Sally Matthews and pianist Simon Lepper presented a recital of such raw intensity and profound artistry that I was welling up after just three songs.

The British duo – all too seldomly heard on this side of the Atlantic – presented a compelling program of high-romantic hits, along with a few lesser-known gems.

The first half was devoted entirely to Scandinavian repertoire – four songs by Sibelius and six by Grieg, interspersed with movements from the latter’s piano suite, Lyric Pieces. The second half was all German, with a selection of lieder by Strauss topped off with Wagner’s Wesendonck Lieder.

And, on the whole, this program was beautifully rendered, showcasing the expressive variety of both performers while offering a fresh (and deeply moving) interpretation of this repertoire.

Matthews was in excellent voice, with a broad, resonant tone carried throughout her range, topped off by a white-hot high register and a sturdy chest voice. Her performance was marked, on the one hand, by an evenness and a control, and, on the other hand, by a certain sense of emotional abandon, which gave rise to a dazzling array of vocal colors.

Lepper proved a sympathetic accompanist, his bright, crystalline touch a delightfully paired with Matthews’ luminous sound. He exhibited a refreshingly matter-of-fact approach to this repertoire, eschewing Romantic sweep in favor of textural clarity and expressive nuance.

The Sibelius songs which opened the program were particularly exquisite, with both performers displaying a deep understanding of the musical and poetic language of this repertoire. Matthews and Lepper lent a warm glow to the icy textures of “Demanten på marssnön”, while a refined rubato in “Vären flyktar hastigt” created the impression that Sibelius’ disjointed gestures were suspended in time.

In “Flickan kom ifrån”, Matthews took on a more dramatic tone, cranking up the emotional dial to match Lepper’s vigorously executed countermelodies. This song – which tells of a young girl who, after a number of passionate trysts, learns of her lover’s infidelity – goes through more emotional tumult in three minutes than most composers can fit into a three-hour opera; Lepper and Matthews injected Sibelius’ torrid musical narrative with tenderness and zeal.

The pair ended their Sibelius set with a gutsy performance of “Var det en dröm”, bringing to life the surreal imagery of the poem in sweeping, soaring phrases, with Matthews dipping into her hearty chest voice for Sibelius’ (truly subterranean) low notes.

The Grieg set began with a playful rendition of “Gruß”, which, for all its spirit, often felt a tad heavy-handed, the piano’s ostinati all too robust, and Matthew’s tone a tad too pushed. However, a particularly delicate performance of “Dereinst, Gedanke mein” saw Matthews take a gentler tack, with finely spun phrases and floating high notes.

In “Lauf der Welt”, a brisk tempo gave rise to a bravura performance from both parties. Matthews brought out the wry humor of Uhland’s poem in her crisp, rapid-fire articulation, undergirded with a cheeky staccato bounce in the piano.

Lepper endowed the tintinnabulous opening of “Die verschwiegene Nachtigall” with a lucent energy, but took a backseat for Matthews’ tantalizing, half-murmured birdcalls. In “Zur Rosenzeit”, Matthews offset long, lean phrases with a sense of breathless yearning.

The solo piano works from Grieg’s Lyric Pieces provided a welcome interlude in amongst such searing interpretations of the composer’s lieder. While Lepper’s meandering performance of “Melodie” lacked direction – its phrasing all too nebulously parsed – clarion high-register octaves and dirge-like drone basses in “Melancholie” showcased Lepper’s affinity for clear, sharp gestures.

The first half was brought to a close with a ravishing performance of “Ein Traum”. Matthews executed Grieg’s wide leaps with muscle and verve, answered by Lepper’s buoyant pentatonic interjections, and culminating in a feverish climax.

The second half opened with Strauss’ Drei Lieder der Ophelia, an obscure but scintillating curiosity from the composer’s extensive lieder corpus. Although these songs date from 1918, long after Strauss had composed Der Rosenkavalier and Ariadne auf Naxos (and while he was laboring away on Die Frau ohne Schatten), their snaking chromatic lines gesture towards the fin-de-siècle Modernism of Salome, rather than the soaring late Romanticism which he came to embrace.

Matthews has become a sought-after Strauss interpreter (particularly in Europe), with a repertoire that includes Capriccio, Rosenkavalier, and Daphne. In this recital, Matthews demonstrated that she could not only throw her voice around like a Salome or an Elektra, but sustain a graceful melody like a Madeleine or a Marschallin.

This was no more evident than in her chic, fragile performance of “Morgen”, which maintained a sense of line and flow even at their particularly glacial tempo. Matthews’ “Das Rosenband” was marred by a wide vibrato in the upper register, but was salvaged by a tasteful maneuvering of the song’s final melisma. Matthews brought a brightness of tone to “Cäcilie”, spinning out breezy, energetic phrases above Lepper’s crystal-clear arpeggios, to thrilling effect.

The program culminated in a breathtaking performance of Wagner’s Wesendonck Lieder. Their interpretation of these songs was nothing short of an artistic triumph, a masterclass in elegance, passion, and poise.

Here, Matthews brought a new richness and depth to her sound, and a renewed sense of breadth to her phrasing, which immediately manifested in the bewitching iridescence of her performance of “Der Engel”. In “Stehe still!”, Matthews kept Wagner’s relentlessly rising phrases under tight control, creating a warm stream of sound elongated by a subtle rubato. Her spine-chilling pianissimo and gently-woven legato in “Im Treibhaus” were made all the more ghostly against Lepper’s creeping bassline.

In “Schmerzen”, the dramatic sweep of Wesendonck’s poetry was placed front and center, Matthews’ vibrant declamation punctuated by piercing high notes. “Träume” was utterly riveting, all warm, radiant phrases spun atop the Tristan-esque haze of Lepper’s piano. Matthews, half-curled across the piano, captured the reflective introversion of the text, ending her enchanting performance on a reflective note.

Lepper and Matthews gave two (well-deserved) encores, both drawn from the music of their homeland. The first, “The Cloths of Heaven”, by Thomas Dunhill (a key figure in England’s art song renaissance in the early twentieth century), saw Matthews’ voice take on a sparkling, bell-like tone. The second, Britten’s arrangement of the folk song “Sally Gardens”, was sung entirely in an intense pianissimo.