In Winterreise, Peter Mattei’s persona is burly and brusque, a sarcastic introvert, full of contempt for his romantic weaknesses with squalls of anger and lyrical reflection by turns. 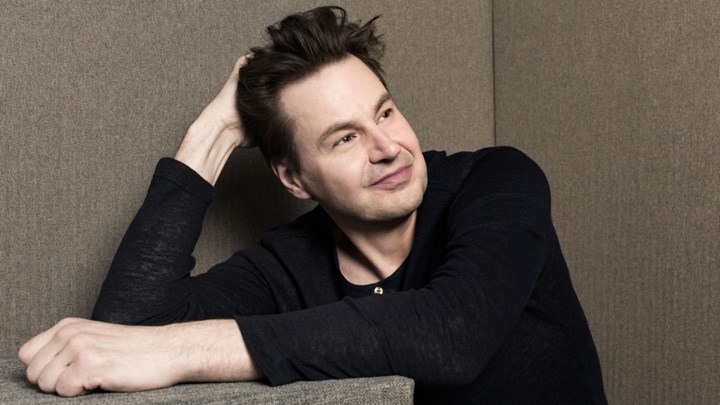 Peter Mattei belongs on, perhaps heads, any list of the Golden Age voices of our day, and he is also a very fine singing actor. The vocal requirements of his roles may be taken from the get-go as achieved: he has the voice, he has the strength, he has the art, he has absorbed it into his serene, Italianate vocal production.

His baritone is as seductively beautiful as he cares to make it, and as loud as anyone might desire—frighteningly so in so small and live a hall as Carnegie’s Zankel. In the Met, though, he sounds effortless, gliding lyrically in the upper registers, dark and scowling in the lower. I’d call him a bass-baritone, if that term means anything at all, but he lists himself a simple baritone. And he’s the expert.

Performing Schubert’s Winterreise in Zankel on Friday night, Mattei made much play with half-whispering certain lines, or injecting lyricism into the “visionary” fantasies of his bluff and frustrated lover, who (in this interpretation) was not above stamping in a controlled rage: Pay attention to me!

It was a very emotional and a very loud Winterreise, a startling show for those used to the more austere or sustainedly elegiac presentations of Thomas Quastoff or Christa Ludwig or the late Peter Schreier. Mattei’s furious energy made one regret that Schubert’s poet, Wilhelm Müller, had not devoted a quatrain or two to shoveling all the snow we haven’t had this year.

Possessing one of the most gorgeous and most skillfully trained voices before the public has never been enough for Mattei. He is a singer who loves to get inside a character, and act the hell out of it. His Don Giovanni was not just beautifully polished; it was ice cold, a cruel and charmless user of women, a mechanical seeker of ego replenishment—which is hardly the only way the role can be played, but once he chose that one, Mattei played it, entirely.

His Shishkov in House of the Dead was aloof but not distant, observing squalor with distaste but its unhappy denizens with aristocratic generosity. His Amfortas was a self-pitying invalid, his Barbiere di Siviglia egregious and effervescent.

In Winterreise, Mattei’s persona is burly and brusque, a sarcastic introvert, full of contempt for his romantic weaknesses with squalls of anger and lyrical reflection by turns, leaping in the twist of a line to elegiac phrases as some natural phenomenon distracts him from self-torment. He despises himself for loving the girl who has dropped him, but he lingers by her house nevertheless. The crust of frost on the brook or the emptiness of his path fill him with morbid focus, but at the next moment he rages with himself for his weakness.

In performance, Mattei is seldom still, an observer, delivering an account of each song, but hops about, stamping his feet vehemently, tossing his hands to telegraph a shrug, full of explosive, eventually maddening rage. Has he, perhaps, been singing Wozzeck lately? Just a thought.

The poet’s many bitter ironies, his self-satires, his unpleasant jokes were emphasized in a manner of trammeling the phrases, the words. The winds of winter and the traveler’s equally bitter reflections awoke angry emphasis in a quatrain of “Der Lindenbaum”: “Die kalten Winde bliesen/ Mir grad ins Angesicht,” and in the final lines of “Wasserflut” and “Rückblick.”

The traveler’s fury at himself was expressed in savaging himself for his loving dreams, or the sheer melodrama of “Frühlingstraum.” In contrast, his voice sank to whispers when breathing the linden branches’ invitation to rest and sleep—that is, to give up and die—or the curses

Mattei is willing to sacrifice the beauty of his voice for dramatic effect: “Bellt mich nur fort, ihr wachen Hunde” or the hysteria of “Die Post.” There were many inadvertent gasps between lines as if he could not summon sufficient breath for his huge vision of the character. “Die Krähe” was sung thus, hoarsely, as if aspiring to a crow’s cawing.

By “Mut,” he had become belligerent, attempting to cheer himself onward in hopes of death. This lurched into “Die Nebensonnen,” the weird, gentle hallucinatory penultimate song, and the concluding “Leiermann,” the melodrama past, the will to live fading, chilled to the bone, seeing, taking in, no longer resisting.

The piano accompaniments, performed by Lars David Nilsson, gracefully varied, suiting Schubert’s and Mattei’s changeable moods. Each melody is a separate picture in an album, the aspect changing within a stanza like a winter wind, now bluster, now refreshing, now gentle.

This is a change Mattei and Nilsson presented in the quality brought to the phrases. Never has the sequence appeared so like a single stream of consciousness, meandering uneasily from the riverbank of obsession within to the bank of observation without until, in the final songs, the singer begins to lose his grip entirely.

That was artistic illusion; Mattei never loses his grip for an instant.