South African Jacques Imbrailo’s high-lying baritone did much to highlight the lyrical possibilities of the title role of Hamlet, originally conceived for a tenor. 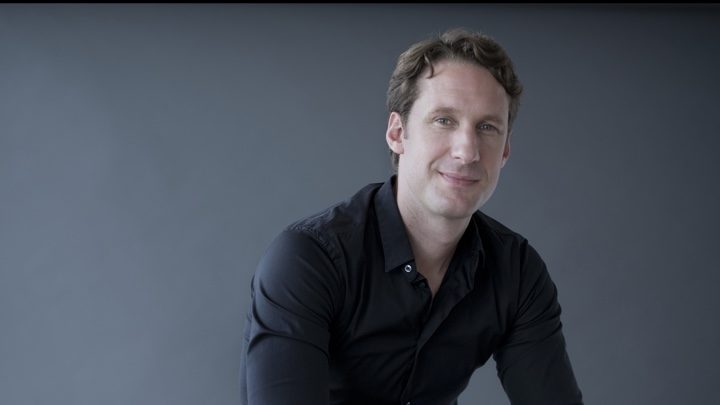 Ambroise Thomas’ Hamlet isn’t the rarity it once was, with a handful of notable productions in recent years, including the Met in 2010 and here at Washington National Opera in the same year, featuring Elizabeths Bishop and Futral, plus Sam Ramey (!) as Claudius. (I’ve been thinking this decade went by quickly but maybe not?)

However, it’s a long road from these tentative forays to the regular rep, and Washington Concert Opera’s presentation this past Sunday under Maestro Antony Walker‘s baton was a welcome opportunity to continue to assess Hamlet’s musical virtues.

While previous generations often dismissed this take on Hamlet for its liberties with the source material (Thomas based his 1868 score on a French adaptation of the play), such complaints seem like less of an issue for modern audiences exposed to a steady stream of Shakespeare remixes.

The bigger obstacle now, as with other works created in the French grand opera tradition, more likely stems from an over-abundance of somewhat anonymous incidental music written to accompany the genre’s requisite stage spectacle.

Indeed, a lot of the pomp and procession material in Hamlet can provide interesting opportunities in the theater; I recall WNO’s production offering a very inventive staging of the long first scene, which is almost entirely dominated by choral exposition. In the concert format, however, the lack of significant musical interest in these stretches is more glaring.

See also Thomas’ setting of the play-within-a-play that comprises the finale of Act II. Despite some interesting orchestration featuring saxophone and brass, the real action here takes place in the staging, not the score, and when the exciting musical conclusion finally arrives it feels all too brief.

Which is not to say other set pieces do not fare better. The encounter with the Ghost concluding Act I overstays its welcome a bit, but delivers a variety of memorable spooky orchestral effects and Hamlet’s chilling “Spectre Infernal.”

The original Paris ending given here, which infamously skips the fencing/poison massacre and ends with Hamlet assuming the throne, is also surprisingly effective, juxtaposing a beautiful chorus for Ophelie’s funeral procession with the chaotic denouement. (Hamlet’s final line is, “My heart is in the tomb, alas! and I am King.” So I’m sure that will turn out well.)

Yet if the work’s “grander” moments are hit and miss, Sunday night confirmed just how gripping many of Hamlet’s ensembles and solo moments can be. Thomas infuses the series of confrontations between the principals with a heady sense of dread, each encounter providing lots of meat for the right cast, such as the one WCO assembled Sunday, to create compelling drama.

Lisette Oropesa’s Ophelie was surely the most eagerly anticipated turn of the evening, and the crowd made no secret of its appreciation for the frequent DC visitor (including a previous appearance with Washington Concert Opera in “I Masnadieri” back in 2013). Ophelie’s fireworks-heavy music, including the “Mad scene” that comprises Act IV, stands apart from the rest of this often reserved score, requiring a singer with real virtuosic chops.

Oropesa met these challenges with effortless confidence, her smoky soprano and generous vibrato (which only occasionally becomes a bit astringent) a lovely vehicle for the Ophelie’s anxious, soaring music.

I tended to prefer Ophelie’s first bravura number, “Adieu, dit-il, ayez foi,” in which she goes from quietly reading her book to having a near fit over Hamlet’s capricious affections, to the later mad scene. Oropesa built this earlier aria to a searing urgency by the end, Ophelie’s cascading phrases seeming to defy normal mortal breathing requirements.

The later scene, for all its challenges, didn’t quite rise to this emotional peak, the coloratura writing not really coalescing into something more than its separate parts, however technically impressive those parts may have been in Oropesa’s hands.

The highest notes here also seemed to lie at the extreme end of Oropesa’s range, where her voice took on a pinched and colorless cast. While only rarely touched in the rest of the role, this sound became a bit tiring after repeated deployment in the showpiece, though she was thankfully able to slip just back inside her comfort zone for the scene’s final, gorgeous floating pianissimo.

South African Jacques Imbrailo’s high-lying baritone did much to highlight the lyrical possibilities of the title role, originally conceived for a tenor. He offered a refreshingly different sound than expected, given recent reference assumptions from the likes of Hampson and Keenlyside, with an attractive, tenor-like pingy edge, and was able to keep any hints of gruffness to minimum even at louder dynamics, as in Hamlet’s drinking song and later outbursts.

This dovetailed nicely with his Hamlet-as-proto-Werther take on the role, from plaintive, stifling self-pity in his opening duet with Ophelie (I swear I saw Oropesa suppress an in-character eye-roll at one point), to resentful Gallic anguish as the evening progressed.

Beneath all the grand opera trappings, Thomas is quite skillful at evoking the sense of ambivalence and melancholy we associate with Hamlet in this role. Imbrailo embraced this shifty, mercurial side of the character, excelling in moments like the setting of the “To be or not to be” monologue (“Être ou ne pas être”), which follows a brief interlude raging at his failure to kill Claudius.

Where another composer might have been tempted to make this into some kind of winning personal statement for Hamlet, Thomas has the character retreat into himself in a strange, halting aria, hauntingly realized here by Imbrailo.

While I have definitely seen the evening’s Gertrude, mezzo Eve Gigliotti, as a Valkyrie on several occasions, as well as in Philadelphia Opera’s extraordinary “Breaking the Waves” production several years ago, among other things, I had not quite registered what a compelling singer she is until now. Despite the character getting only one measly arioso, Gigliotti made a compelling case for Gertrude as one of the great unsung brittle mother parts in the repertory, especially in the riveting Act III confrontation with Hamlet, in which she begs Hamlet’s mercy for her crimes.

Her commitment and intensity here were so involving I found myself occasionally disoriented and wondering whether the Gertrude was secretly the heroine of the piece. My excitement for her future Ortrud has already begun.

Baritone Tom Fox offered a suave and authoritative Claudius; If his sound turned a bit wooly in places, his repentant “Je t’implore” aria was finely felt and built to a moving climax. Jonas Hacker, a 2016 Met finalist familiar to DC audiences from the Wolf Trap young artist program, was in excellent voice as a cocky Laertes. Brian Kontes’ burly bass was a nice match for Hamlet’s father, though his monotone ghost-style voice wore a little thin with the amount of exposition the Ghost is required to get through here.

Undeterred by the concert staging, Matthew Scollin got a lot of mileage out of the minor comedic roles of both Horatio and the 1st Gravedigger, while Matt Hill’s pleasing tenor served as a supportive counterpart as Marcellus and Gravedigger #2. Timothy Bruno, a favorite from Washington National Opera’s young artist program, took on the rather thankless role of Polonius but the scattered opportunities to hear his rich bass again were welcome.

Maestro Walker and the WCO orchestra enthusiastically embraced the challenges of one-night-only French grand opera with a spirited reading of Thomas’ score, making the most of the rousing marches and bringing out the many moments of espressivo beauty in the orchestral writing that help to sweeten this bleak story.

A special joy of the concert opera format is getting to watch big moments with the full assembled forces improbably materialize at close range, and Walker wasted none of his opportunities here, with go-for-broke tempi and rollicking climaxes.

Less consistent was the band’s handling of Thomas’ melodramatic effects for the orchestra (see the early horror movie scoring for the initial encounter with the Ghost): while at times Walker found the necessary bite to make these come alive, in other stretches the attention to detail seemed to wane.

Finally, the WCO chorus, prepared by Mark Trawka, deserves special praise for bringing strong diction and great energy to the huge amount of choral material in this work, as well as a beautiful sound for the gentler choral passages, as in the atmospheric serenade that accompanies Ophelie’s final descent into her watery grave.