It seems a travesty that Philip Glass’s Akhnaten, one of the seminal works of the 20th by one of America’s most iconic composers, is only just receiving its Met premiere in 2019, some 35 years after its first performance! 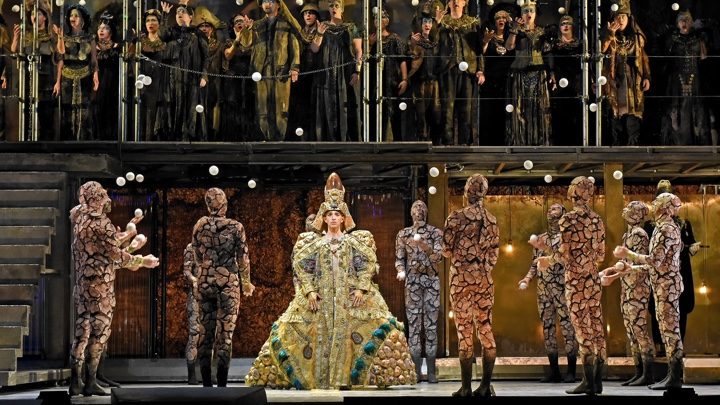 It was gratifying, therefore, that this evening’s premiere was such a resounding triumph, a sumptuous feast for the eyes and ears and an outstanding testament to Glass’s enduring operatic vision.

Between Phelim McDermott’s jaw-dropping production, Karen Kamensek’s incisive conducting, and a cast who triumphed despite the occasional rough patch, Akhnaten was at once invigorating, hypnotic, breathtaking, and strangely moving.

Indeed, despite the opera’s near-four-hour duration (and seemingly endless musical repetitions), this performance was endlessly engrossing: each act felt like one long trance, every slow-motion movement and swirling arpeggio as gripping and enchanting as the next.

I’ll be back later this weekend with a fuller report.