At Friday night’s performance of La Bohème at the Met, the cast seemed to lean into (and gamble upon) the production’s enduring popularity. 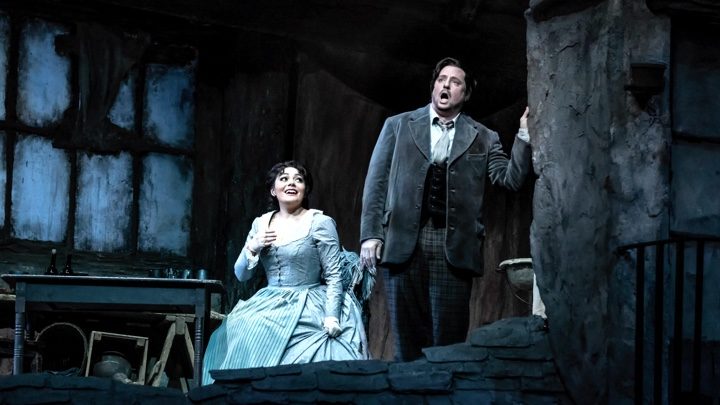 On a global level, it was “World Opera Day” (or so twitter told me), which seemed to be just as much a social media event as it was an internationally coordinated program of performances, a chance for fans to publicly declare their love for all things operatic (as if we don’t do so all year round).

And, on a local level, the Met opened its umpteenth revival of Franco Zeffirelli’s 1981 production of La Bohème, the most performed production in the company’s history.

It seemed fitting that it was this perennial favorite that graced the Met stage on World Opera Day: for many opera lovers, La Bohème was their first encounter with opera, and, for many New Yorkers, it was Zeffirelli’s iconic production that introduced them to the artform.

Indeed, at Friday night’s performance, the cast seemed to lean into (and gamble upon) this production’s enduring popularity in a performance that was mostly robust—sometimes even radiant—but rarely revelatory.

The cast was headed by Met stalwart Matthew Polenzani, whose Rodolfo was consistently charming, if not always particularly exciting. To some extent, it seemed as if Polenzani (who only debuted in this role last year) was simply going through the paces. 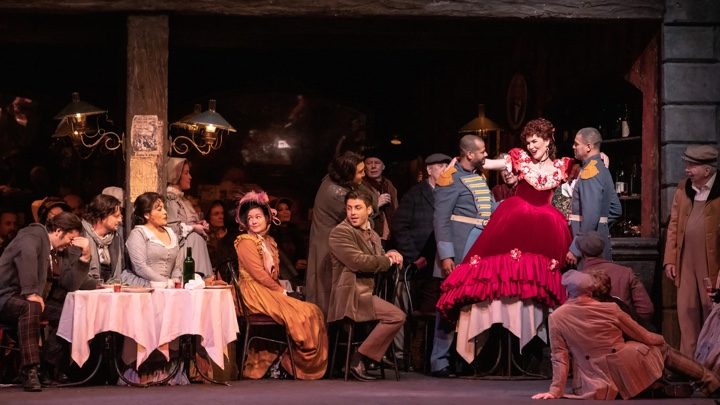 This was far from Polenzani’s freshest or most exciting performance, lacking some of the tenor’s characteristic vigor. Many passages seemed unduly covered, and when Polenzani did allow his voice to bloom it often sounded tight or volatile. A prime example of this was the optional high C at the end of first act, which never seemed to find resonance, straining somewhat towards the end.

That being said Polenzani delivered a very self-assured performance, well-attuned to the nuances of Puccini’s score. He seemed completely at ease in the role, offering a naturalistic portrayal of the opera’s hero which generally avoided bombast or bluster.

His “Che gelida manina” was delightfully nonchalant, leaving Rodolfo’s poetic effusions coyly understated, and drawing out a relaxed tenderness in the aria’s sweeping phrases. In “O soave fanciulla” Polenzani was more conversational than fervid, bringing a lightness and a buoyancy to the duet.

This lighter approach did not translate quite as well to the third act, and his successive duets with Marcello and Mimì lacked urgency or pathos. However, this act also brought out a new richness in Polenzani’s voice, which carried through to the fourth act, adding a sweetness to his final duet with Mimì.

Ailyn Pérez’s Mimì was similarly understated, elegantly matching the subtlety of Polezani’s Rodolfo. Pérez’s voice was considerably smaller than Polenzani’s: she was often swamped by the woodwinds in the first act, and totally drowned out in the cacophony of the second act.

Although Pérez’s voice wasn’t large, it was full of color and variety, and perfectly suited her more demure Mimì. Her performance was marked by an exquisite sense of line and an impeccable musicality—it was easy to see why Pérez has garnered such acclaim in this role with such a sensitive interpretation of Puccini’s score. 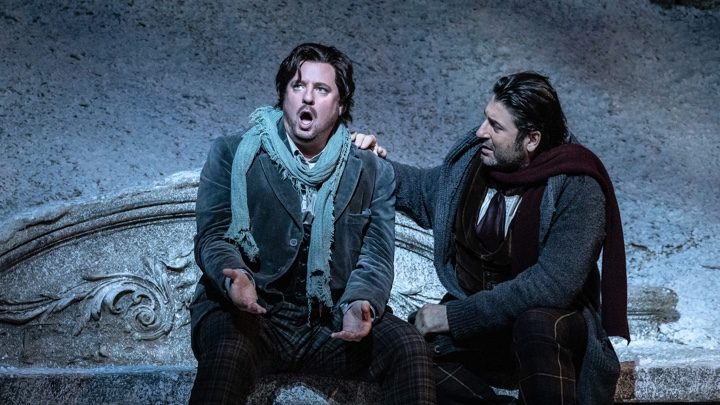 She could make her voice ring out when it counted, using her more resonant high register to her advantage in the emotional apogee of the third act. If her middle register sometimes sounded a tad muted (occasionally even coming across as flat), this was where Pérez she out her most interesting vocal colors, especially in Puccini’s more declamatory passages.

Her “Mi chiamano Mimì” was utterly entrancing—the high-point of the performance: every note seemed so caringly shaped, every line unfolding with growing warmth and effulgence. Pérez was similarly transfixing in the fourth act, confining her performance to a searing pianissimo which only served to intensify her slow demise.

Olga Kulchynska, making her Met debut as Musetta, was another standout, with a bright, vibrant voice and a magnetic stage presence much befitting the role. Her “Quando m’en vo” was at once playful and expansive, never shying away from the lyricism of the aria.

Indeed, for all the flair and energy of her second act appearance, Kulchynska proved a stirring dramatic actress in the fourth act, bringing an unexpected depth to her performance.

Also making their Met debuts were Jongmin Park and Andrey Zhilikhovsky, singing Colline and Schaunard respectively. Park proved a forceful presence in the ensemble scenes, with his heavy, booming bass cutting through the bohemian chaos.

However, his coat aria was a tad pedestrian, and would have benefitted from more expressive contrast. Zhilikhovsky offered a campy, flamboyant Schaunard, matched with a clear, peppy sound.

David Bizic’s Marcello was equally energetic, with a striking high register packed with presence and vitality. Bizic came into his own in the third act, bringing a harsher, more focused sound to the final quartet.

The bohemians had a remarkable onstage chemistry, and deftly navigated Zeffirelli’s (often rather complex) staging—most notably in the scene with Arthur Woodley’s Benoît, which was a comic delight.

Sadly, the momentum of these ensemble scenes was let down by Marco Armiliato’s staid, laborious conducting, which never quite captured the raw energy of Puccini’s score.

Tempi, particularly in the arias and duets, were often unnecessarily ponderous, disproportionately slow for the lighter singing of Polenzani and Pérez. While this was not so grating in the first two acts, the third and fourth acts seemed to drag on, weighed down by moments of excessive rubato.

Having recently heard Yannick Nézet-Séguin’s truly groundbreaking Turandot, with its acute, vivid orchestral colors, Armiliato’s approach to the orchestra felt almost drab, the instruments consigned to schmaltzy accompaniment. If Nézet-Séguin showed us the sheer brilliance of Puccini’s orchestrations, Armiliato showed just how easily these orchestrations can be reduced to Romantic mush.

Watching this production provided an important chance to reflect on Zeffirelli’s life and work in the wake of his passing. His productions have become such staples of the Met’s repertory that it is often difficult to recognize how truly radical they are. In many ways, Zeffirelli has become a victim of his own success, his unique directorial voice obscured by the sheer ubiquity of his work.

One of Zeffirelli’s greatest skills as a director was his ability to balance the vast and the intimate: in Bohème, a claustrophobic garret room opens out into great boulevards arching (seemingly endlessly) into the distance, and then to a city gate, simultaneously towering over the scene and fading into the fog.

In Zeffirelli’s work, a striking attention to detail is counterpointed by a proclivity for the infinitely large: the gritty minutiae of the bohemian’s apartment are set against a broad, clear sky; a busy Parisian streetscape teems with activity yet strikes awe with its immensity.

A similar paradox pervades Zeffirelli’s films (especially those with religious themes): there are always tight-knit, interpersonal narratives unfolding against the backdrop of monumental events.

Zeffirelli was a thorny figure—an arch-conservative, an alleged sexual predator, and a Berlusconi stooge. It is inevitable that the Met will one day have to reckon with his troubled legacy.

To reconcile the enduring popularity of his productions with the problematic figure who created them is no easy task. And it is a task made all the more difficult by the outstanding performances that continue to leave their indelible mark on his work.