Over the garden wall

Hannah Lash's latest opera, which premiered at the Miller Theater on Wednesday night, was a musical and dramatic misfire. 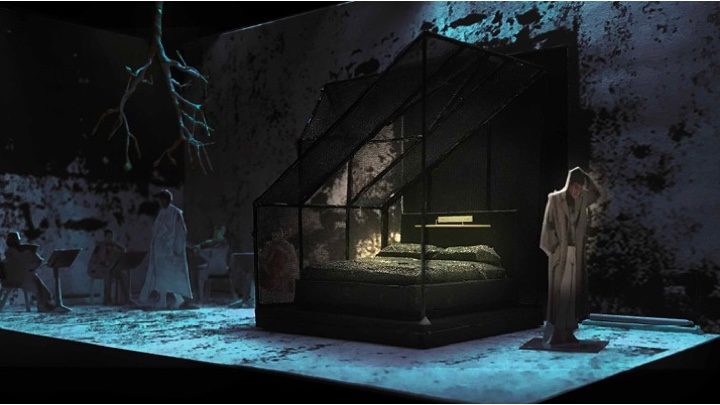 Composer Hannah Lash has gone from strength to strength in the past few years, with numerous awards and commissions (including four operas), and a new album with the JACK Quartet. Yet, her latest opera, which premiered at the Miller Theater on Wednesday night, was a musical and dramatic misfire.

Vaguely titled Desire, Lash’s opera sat on the uncomfortable boundary between autobiography and abstraction. Seemingly unable to commit to one or the other, Lash instead unfolded a laundry list of well-worn (and half-baked) expressionist tropes – a bit like Bluebeard’s Castle, but without the macabre edge.

Lash (who also penned the opera’s libretto) states in the program note that her new work resists the so-called “narrative” tendency of modern-day opera (“I’m a bit of rebel in my generation,” she writes). Yet Desire was not so much an opera with no narrative as an opera with a very simple narrative, hazily (and sometimes all too prosaically) outlined.

In the opera, a woman (Kirsten Sollek), in a dreamlike state, wanders into a beautiful garden. There, she is seduced by a kind of insectoid spirit (Daniel Moody), who introduces her to the garden’s many delights. She awakes to find herself in bed with her husband (Christopher Dylan Herbert), who assures her that the garden and the spirit were simply a dream.

When she attempts to bring her husband to the garden, so he can see it for himself, she finds it wilted and dead. The husband eventually sees his wife consorting with the spirit in the moldering garden and jealously confronts the creature. As they bicker, the woman restores the garden to its former glory, undergoing a kind of horticultural apotheosis as she leaves her two would-be lovers behind her.

The plot of Desire was, by the composer’s own admission, intended as an allegory for Lash’s own creative process, the garden, an all-to-obvious metaphor for her own compositions. To write an opera about writing opera is already a solipsistic exercise, yet to reduce this process to inane allusion was to add an extra degree of mystification to this navel gazing.

These layers of dramatic abstraction only served to strip the opera of any emotional content, reducing its characters to sterile ciphers with no sense of motivation or, indeed, desire. Laura Pellegrinelli, who authored the program notes, reads bold political statements into Lash’s opera; however, without narrative specificity, these messages carried no weight, or simply failed to come across.

All this being said, the libretto had some delightful moments, casting poetic chiaroscuro in its striking descriptions of the elusive garden. It was a shame, then, that Lash’s score never quite matched the vividness of her poetry.

Major arpeggios, removed from their diatonic context, wafted in amongst bursts of angular counterpoint and cascading pizzicato – all in a score saturated with mercurial gestures that never quite seemed to cohere. Colorful textures disappeared almost as soon as they emerged, as if Lash herself were treating them with apprehension or caution. This came as a great disappointment after hearing Lash’s recent CD with the JACK Quartet, marked by an arresting economy of material and a stark commitment to its icy aesthetic.

Lash’s score never quite seemed to sync up with the opera’s dramatic arc, almost devoid of tension, climax, or pace. The opera’s plot hinges on a series of arguments between the main character and her respective lovers, yet these crucial moments unfolded so slowly, and through such disparate musical gestures, that they lacked clout.

This was not aided by Lash’s word setting, which placed expressive melismas on illogical syllables and repeated large chunks of text seemingly arbitrarily. Even the most expressive lines felt removed from the detached vacillation of the instrumental parts.

It was the JACK Quartet, Lash’s long-time collaborators who provided the sole accompaniment for the opera, and, in many ways, Desire should have been a vehicle for this accomplished ensemble. However, throughout the opera they felt under-utilized, the score never lingering on a musical idea long enough to showcase the ensemble’s virtuosity or expressivity.

Despite this, the quartet played superbly, executing Lash’s gestures with razor-sharp synchronicity. Lyrical lines were played with tenderness and nuance while more pointillistic moments had a charming lightness of touch. Ensemble-wide glissandi were executed with such precision it often sounded as if it were just one musician playing.

The singing, however, was much less even. Kirsten Sollek’s rich contralto added a welcome warmth to Lash’s cool vocal lines; however, her voice was often tight and constrained in the upper register and her tone lacked variety, which contributed to the opera’s flatness of affect.

Countertenor Daniel Moody also encountered issues with his upper register, which could be harsh and unwieldly at times. His lower register was more pliant and offered a much smoother tone, blending better with Sollek’s much lighter sound.

Christopher Dylan Herbert was the standout of the evening, with an incandescent lyric baritone that injected life into Lash’s score. Herbert proved very adept at shaping Lash’s phrases, endowing them with emotion and intention. Where his fellow singers seemed unsure of how to navigate the opera’s more idiosyncratic lines, Herbert brought a kind of down-to-earth clarity, aided by acute articulation and a pure, bright sound.

All three singers seemed stiff and awkward onstage, partly a symptom of Rachel Dickstein’s static, stilted staging, and partly a symptom of Kate Fry’s costume design, which saw all three characters wrapped tightly in cumbersome overcoats. Kristen Robinson’s evocative set design, however, brought plenty of life and character to the opera, with its ominous, dangling tree branch and bare-bones bedroom.

The Miller Theater has recently begun a tradition of commissioning new operas for its space (a trend begun with Missy Mazzoli’s Proving Up last year), and it is wonderful to see new works mounted with such high production values. Even if Lash’s offering failed to pack a punch, the Miller Theater has still proved itself an important venue for shaping the future of opera. 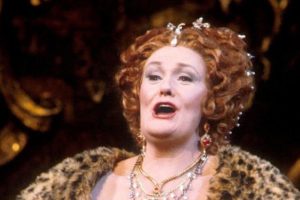 To think of shadows