As we also saw last year, Festival O19 ended on a sweetly quiet note, movingly connecting Opera Philadelphia with the larger city and our musical future. 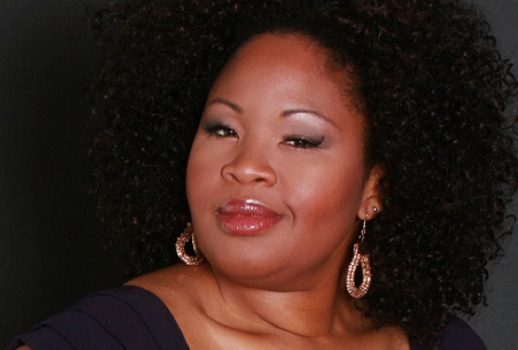 Each of two vocal recitals at the Curtis Institute paired a distinguished alum with a promising senior student.

This recital, subtitled “The Heart of a Woman,” imaginatively brought together songs and duets by female composers across a huge historical and stylistic range, with a thematic focus on women and relationships.

The two performers are good vocal complements to each other. Sterrenberg’s vibrant if somewhat pressurized soprano has a laser-sharp focus; Hunt’s sound and manner are more relaxed and lambent. (They were complementary also in their outfits, both sporting chic palazzo pants.)

A particularly delightful moment at the beginning defined the event with knowing humor: as Sterrenberg and Hunt launched into Barbara Strozzi’s “I baci,” one imagined they were speaking orgasmically of unseen (and presumably male) lovers—till in the last stanza, when the two turned to face each other, it was clearly seen as a piece about two women.

This moment shared pride of place for me with Chiquinha Gonzaga’s irresistibly tuneful duet, “Caramuru (Deus do fogo).” Elsewhere, the material itself was more hit-and-miss. (A minority opinion: Mary Rodgers’ and Stephen Sondheim’s “The Boy From…” hangs on a single not especially funny joke, and also reveals presumably unintentional homophobia. I’d be happy to never hear it again.)

The last concert turned out to be a festival highlight. This one, too, was inventively planned and refreshingly unhackneyed. Strikingly different bookend numbers—Ravel’s setting of “Kaddish,” and a large portion of the Madama Butterfly Act I duet—framed an afternoon otherwise devoted to African American art song.

A higher proportion of this material struck me as musically memorable, especially songs by Undine Smith Moore and Harry Thacker Burleigh. All of it was memorable in performances by Slack and Clark, generous and charismatic performers who possess thrilling force-of-nature voices. At full-tilt, the rafters of Field Concert Hall shook.

But both singers are also capable of scaling back for more contemplative moments. Butterfly had many of these, for sure, as did (for Clark) a wonderfully plaintive song called “Lord, Thou Knowest;” and (for Slack) a shattering performance of the spiritual, “Lord, I just can’t keep myself from cryin’.”

Throughout, Lofton’s piano playing was ideally supportive and sympathetic.

Before leaving Festival O19, here’s a quick recap of some memorable takeaways:

The Big Winner. Composer Philip Venables’ and librettist/director Ted Huffman’s Denis & Katya is a gorgeous, profound new work that I imagine will have (unlike its sad protagonists) a long and happy life. It joins Breaking the Waves as a truly distinguished piece that began here in Philly, courtesy of our intrepid opera company.

Event That Divided the Room #1. To some, Joseph Keckler’s Let Me Die, a sometimes tongue-in-cheek collage of Death By Opera, was tedious and pretentious; to others, it was droll and delightful. I’m somewhere in between, but I applaud Festival O19 for keeping the Fringe element alive.

Event That Divided the Room #2. I’m largely in agreement with Christopher Corwin’s review here of Semele. James Darrah’s wildly busy and self-conscious direction did the work no dramatic favors. But the musical values by conductor Gary Thor Wedow and his orchestra, along with a very fine cast, still made it a must-see for me.

Single Most Memorable Moment. Soprano Karen Slack’s “Ride On, Jesus,” which for sincerity, charm, humor, and sheer vocal glory was a home-run.

Best Venue That Even Many Philadelphians Don’t Know. Curtis’s Field Concert Hall, an exquisite wood-paneled, chamber-size theater with near-perfect acoustics is a treat for ear and eye. Every time the glass doors that lead onto the stage open, I expect Tracy Samantha Lord to enter to applause, and call out for dry martini.

And that’s a wrap… at least till Festival O20.