Broadway star Kelli O’Hara stepped out of her comfort zone. 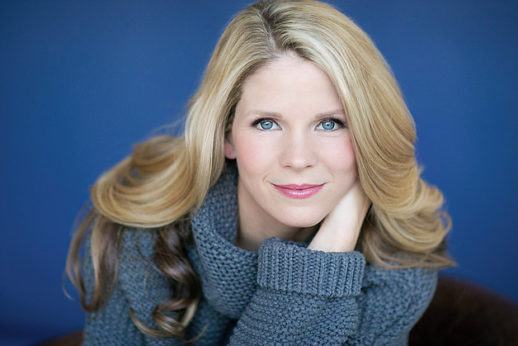 Knoxville, which sets texts by American poet James Agee, describes a lazy summer evening with family “on quilts in the tall grass”, covered over with a haze of nostalgia that can make the piece somewhat eye-roll inducing even as it is occasionally stunningly beautiful. Agee’s text is all about an American past already distant when Barber wrote this in 1947, full of descriptions of horse-and-buggies, “autos,” and including a prayer:

May god bless my people, my uncle, my aunt, my mother, my good father, oh, remember them kindly in their time of trouble; and in the hour of their taking away.

This is broad stuff, a vision of an American small town and halcyon summer days that could be anywhere, not just Agee’s home of Knoxville. It’s also park-and-bark in the truest sense, and such a piece requires the absolute finest singers around to execute. It so easily veers into “too general,” a paean to an America that no longer exists, and perhaps never has.

Seeing this in a climate of political rhetoric that invokes “small town America” and nostalgia for an imagined past as tools of oppression complicates my feelings about this piece, especially given its proximity in the program to the rousing rendition of “The Star Spangled Banner” by the orchestra, which shot me through with a mix of pride and shame.

To pull this off, I needed to be blown away by the voice, and unfortunately this just didn’t get over the hurdle for me. Tony-winning Ms. O’Hara, whose Broadway talent is in no way in question, was trapped, nearly immobile next to the podium, her skills as a triple-threat now reduced only to her singing.

At the risk of sounding like a terrible snob, this is a piece that is not quite right for a Broadway soprano, even one of O’Hara’s skill and acclaim. Barber’s music, commissioned by soprano Eleanor Steber, is better served by a luscious, serene, warm tone, a voice enchanting entirely on its own, in order to get through Barber’s expansive ranges combined with talky text setting, and Agee’s wordy, often overly-earnest text.

Ms. O’Hara did a perfectly serviceable job, but there was a warmth and presence lacking in her voice, and many passages were sung in straight tone, without really seeming to be an intentional artistic choice.

She looked fabulous, in a cascading, ruffled black gown with embroidered white flowers, and has a nice, approachably all-American presence on stage, this couldn’t quite make up for the lack of a real vocal character in this piece, and the occasional difficulty I had hearing her, even in the excellent seats I was given for review.

At first, I was amazed that they placed their headliner in the first half, which also included the world premiere of Philip Glass’s “King Lear Overture.”

I did not see the Broadway play production, which featured incidental music by Glass, so perhaps I’m missing something, but I found Glass’s ten-minute overture somewhat uninspiring (all ascending and descending scales played in unison and the minimalist love of anvils, woodblocks, and other interesting percussion) mostly due to the fact that it seemed in no way to relate to the story and characters of King Lear, but I’ll reserve ultimate judgment for an opera version, which was heavily teased in the program as a possible project for Glass.

This programming choice made sense however, given the contemplative ending of the Barber, which could not have followed the sheer noise of the Prokofiev which made up the second half.

The conducting of Jaap van Zweden (who, like this reviewer, moved from Dallas to New York, but with perhaps a bit more fanfare) has a distinct edge to it, a kind of restlessness that was slightly at odds with the nostalgic theme of Knoxville, highlighting the slightly darker edges of Barber’s sound (I would love to hear him conduct Vanessa, which would be down-right chilling under his baton).

This helped the performance from being too saccharine, but he didn’t do much to help Ms. O’Hara in terms of pulling back the orchestra and allowing O’Hara to be heard.

Van Zweden’s style worked amazingly well for the second half of the concert, however, which consisted of selections from Prokofiev’s Romeo and Juliet, combining two suites from the same ballet arranged in a new order by van Zweden. This is one of Prokofiev’s most extraordinary scores, full of bombast and pathos in equal measure, and van Zweden and the gang seemed to be having the times of their lives.

The fortes were deafeningly, thrillingly loud, and I was simply delighted throughout. Everyone was so into it that between the eighth and ninth movement, a fellow in the balcony yelled “Bravo” and then, equally loudly, “Sorry” when he realized the piece hadn’t ended.

I chortled my way through Tybalt’s demise, and cheered along with him when he yelled “Bravo! Again!” at the end. It was thrilling, and unfortunately rather overshadowed what came before it.