The second summer session of the Russian Opera Workshop concludes this week with concert performances of Tchaikovsky’s Maid of Orleans. 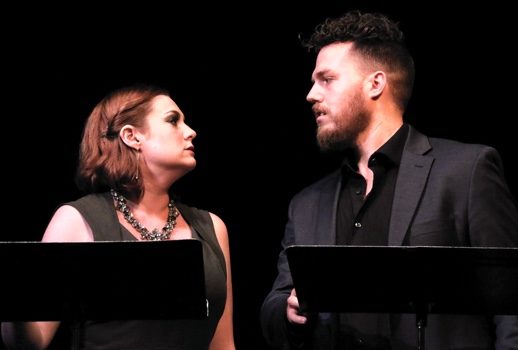 The second summer session of the Russian Opera Workshop concludes this week with concert performances of Tchaikovsky’s Maid of Orleans. The program is led by Ghenady Meirson, a prominent vocal coach at Philadelphia’s Curtis Institute and Academy of Vocal Arts. (The latter’s grand Rittenhouse Square digs serve as the campus.)

As has been the case in the near-decade the workshop has been in existence, two constituencies are generously served here.

First and most important, of course, are the students, who come to work with Meirson and others on Russian language and repertoire, but also to polish themselves more generally as professional singers in training. The curriculum has masterclasses (this session’s teachers included Angela Meade and Sally Wolf), as well as intensive work with Meirson.

Those masterclasses are open to the public, as of course are the final showcase performances – a Russian Romances evening, as well as three iterations of Maid of Orleans, with some different casting in each.

I attended the first Maid, a lovely evening full of achievement and promise, which confirmed that the other group well-served by the workshop is the Philadelphia classical-music audience.

The treats here are many, involving an opportunity to hear up-and-coming artists at different stages of their development; and also often to discover works that are rarely done.

Maid of Orleans is certainly in that category—familiar to me only through a recording with Irina Arkhipova, as well as a number of famous versions of Joan’s aria, better known to many of us through its translated French title, “Adieu, Forêts.”

It’s a far more compelling theatrical work than I had anticipated, full of Tchaikovsky’s signature melodic poignancy, but also quite thrillingly full-throttle in its large ensemble writing. The orchestral scale here needed to be taken on faith, as Meirson himself heroically accompanied with a solo piano. That’s a compromise for sure, but it also allows younger singers to work out these roles in a chamber-sized setting.

And there was much to celebrate in the singing here, including the first-cast Joan, Elana Gleason. Her substantial lyric soprano has a silvery shimmer and quick vibrato that reminds me of Pilar Lorengar, a favorite of mine—and, also like Lorengar, she has a compelling emotionality. Gleason’s is a very different sound than the heavier mezzos who often sing Joan, but her youth and femininity are very effective, and she showed real musicality in her arias and ensembles.

The other central female role, Agnès Sorel, is unequivocally a high soprano role, taken here by Hanxiao Wang, who offered vocal sparkle and a lively stage personality. Young baritone Powell Brumm, playing Lionel, a suitor of Joan (as you might imagine, his pursuit is ardent but brief), showed a lovely timbre and good presence.

Maid of Orleans has a male-heavy dramatis personae, and several roles are substantial and difficult. Meirson wisely cast these with more experienced participants, whose presence has been also been an asset to previous ROW performances.

Exceptionally strong work here was done by baritone Tim Renner and tenor Martin Luther Clark, both surely at the beginning of major careers. (Renner is a resident artist at AVA, and Clark is a current graduate student at Curtis.)

Eric Delagrange, billed as a bass-baritone, sounded more like the latter than the former—it’s a powerful, attention-getting voice, though I think he needn’t cover the tone quite so much. Ensemble singing was confident and well-coordinated, a testament to the preparation of Meirson and his assisting coaches, Gabriel Rebolla and Ting Ting Wong.

So, a hearty bravi to all. Next year, Russian Opera Workshop will celebrate its 10th anniversary with performances of Rubinstein’s The Demon, and a bill of Tchaikovsky’s Romeo and Juliet and Rachmaninov’s Francesca da Rimini. If you have yet to discover this wonderful Philadelphia resource, plan to do so in 2020!