With the Philadelphia Orchestra's Candide, they saved the best (of all possible worlds) for last. 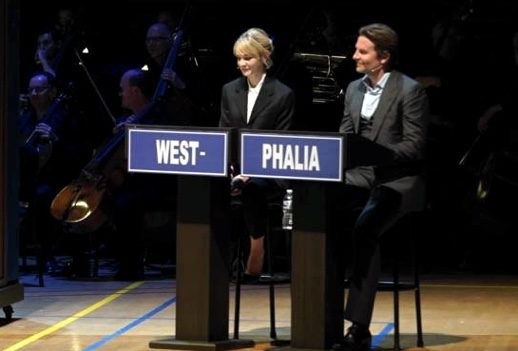 They saved the best (of all possible worlds) for last.

I’ll admit I was wary, already feeling like the Leonard Bernstein Centenary had gone on forever—surely the iconic maestro should be 112 by now? And Candide, Bernstein’s problem child and failed Broadway musical, has become a particular focus of orchestras and opera companies. Once a rarity, attempts to resurrect it are now commonplace.

Of course, Yannick Nézet-Séguin and the Philadelphia Orchestra would likewise take on Candide—after all, Bernstein is an honorary favorite son in the city; also, probably the most famous Curtis alum ever. So this was natural and inevitable—but was it a good idea?

It took no more than the opening fanfare to sweep away any doubts. Yannick and the orchestra’s performance of the famous overture was at once the wittiest reading of it I’ve ever heard and the most gorgeously effulgent, with the details brought vividly forward. It launched an evening so buoyant and joyful I’m sure the audience would still be applauding, had we not been politely but firmly ushered out.

There’s more to say about every element, but first and foremost—Yannick could have been born for Bernstein. The two share the same kind of showmanship, as well as a palpable mutual love affair with their fans. Musically speaking, too, it’s a perfect fit—the composer’s sprung rhythms, the whimsical tightrope that crosses from elegant classicism to bouncy riffs and back again—all of it makes perfect sense when Yannick is fronting his fabulous orchestra, who played magnificently throughout. 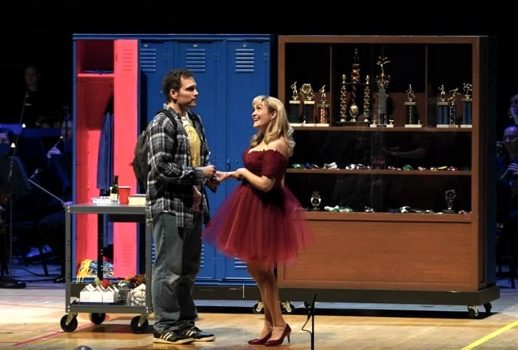 Yannick’s conducting is characteristically on the fast side; interestingly, in Candide, he frequently took his time. In “You Were Dead, You Know” and “Make Our Garden Grow” especially, he let the score’s lyricism really breathe. But slow or fast, he makes it work—this musical language is simply in our conductor and orchestra’s collective DNA.

This Candide also turned out also to be among the most fully staged “concert performances” of the show I’ve ever seen, incorporating all or most of the dialogue. In fact, having two narrators seemed almost unnecessary—but who was going to complain when they were Carey Mulligan (droll, elegant) and Bradley Cooper (earnest)? The presence of the latter in particular must have been in part responsible for the sell-out crowd.

Stage director Kevin Newbury’s choice to set Candide in a 1990s American high school is likely to be the most controversial aspect of the show. I winced at the idea, but was pleasantly surprised (and enormously relieved) that, for me at least, it largely worked.

But—and this is a big caveat…

Anyway, I’m just putting it out there. I’m sure opinions will differ widely.

On the other hand, I have no mixed feelings about the individual performances, which across the board were stellar. I wish I could single out everybody, but there are too many.

Alek Shrader was pretty much the Candide of my dreams. Adorable and theatrically alert to every nuance in the text, Shrader often refined his full-throated operatic tenor down to a delicate filament of sound, supported on what seemed an endless supply of breath. More than any Candide I’ve heard, Shrader found the right mix of tone. (Candide certainly flirts with operetta, but it actually was—and often sounds like—a Broadway musical.) 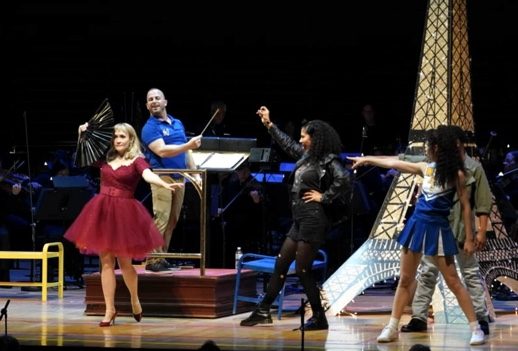 Erin Morley as Cunegonde had all the glitter one could want for her famous aria, which I’ve rarely heard sung with more accuracy, insouciance and panache. But I was even more impressed by the way she found a musical and dramatic through-line. The coloratura is tough to pull off—but for many singers, the melodrama is even harder, and I’ve often heard it overacted. Morley delivered on all fronts, and throughout had charm and voice to burn.

Denyce Graves as the Old Lady was a hoot and a half, and she was clearly having as much fun as we were watching her. The lower portion of the voice retains its punch and individuality, though ascents into the upper register were iffy. She certainly remains a star presence—and at the same time, she threw herself into the show with beguiling abandon. (And kudos for getting through that long monologue without a hitch!)

Having previously scored a major success here with Yannick in Bernstein’s Mass, Kevin Vortmann proved equally winning here as Dr. Pangloss. It was a curious but clever choice to make Pangloss—often as dry as dust, or as Polonius—the sexy, full-of-himself teacher we all crushed on in high school. Better still, Vortmann, though more a pop singer than an operatic baritone, had both the luscious low notes and the floating top needed to nail “Dear Boy.”

In a real coup-de-théâtre, William Burden—who, for most of the evening, had done funny but largely non-singing supporting character work—unfurled his gorgeous tenor in the Governor’s music, sounding in absolutely prime vocal estate.

As for the rest, the ensemble performers were theatrically strong and vocally gifted (in the case of Amanda Lynn Bottoms as Paquette, fabulously so).

Imagine my delight to discover that the Bernstein Centenary festivities haven’t gone on too long after all. In fact, if we can have more performances like this—hell, I’m ready to start the next hundred years right now!