Iestyn Davies is, of course, a renowned Handellian, and he sang Handel’s music with clarity, restraint, and precision. 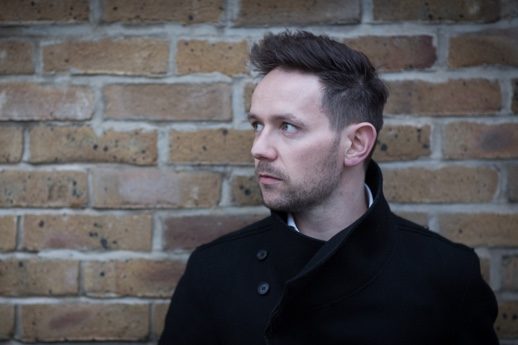 Over the past 50 years, the countertenor voice has acquired a certain mystique. As our modern-day approximation of the castrato, its timbre has come to evoke a kind of other-worldly distance, a long-lost past recovered.  Through its role in the early music revival and the historically-informed performance movement, it has garnered associations of purity and precision – all laser-tuned straight tones and clean-cut coloratura.

It has become something of a critical cliché to describe the countertenor voice in terms of a kind of historical sublime, remote and transcendent. In his recital at Zankel Hall on Thursday night, Iestyn Davies both played into and challenged this mystique, presenting a program of mostly Baroque, mostly British music, accompanied by lutenist Thomas Dunford.

The program was primarily comprised of songs by Handel, Dowland, and Purcell, three composers who, as Davies proudly proclaimed in one of his mid-show spiels, were given the title of “England’s Orpheus” in their time.

Given that the “Orpheus” moniker was one of the most generic sobriquets of the period, bestowed on just about every musician in early-modern Europe, this historical tidbit tells us less about the lives and careers of these composers and more about how Davies and Dunford want their audience to hear the work of these composers.

It was as if the performers wanted their audience to sit back in awe at the orphic beauty of this music. This general impression was not helped by the hyperbolic program notes, which encouraged us to listen for the music’s “unbearable beauty” and “unprecedented strength and originality”. The music was presented as a set of sanctified, purified, and, indeed, sanitized museum pieces, to be received with wonderment and reverence.

This feeling of sanitization occasionally seeped into the performance itself, particularly in the handful of Handel numbers. Davies is, of course, a renowned Handellian, and he sang Handel’s music with clarity, restraint, and precision.

However, the performance felt too clean, too comfortable, too predictable: the cries of vengeance in “Ombra cara” for all their beauty, lacked venom, and the quirkier moments of the composer’s eponymous mini-cantata Hendel, non può mia musacould have had more character and flair.

The recital’s general air of reverence was compounded by the considerable amount of historical information presented to the audience between pieces. We were told about Dowland’s career in Denmark and the archlute’s origins in the North-African oud over a series of ad-hoc history lectures between numbers.

In presupposing the audience’s awe and couching the music in historicist discourse, the performers only dampened the music’s immediacy, whitewashing its most striking features, its idiosyncrasies and eccentricities, its moments of ambiguity or opacity, its chiaroscuro.

While the historical information was indeed, very interesting, it only served to make the music seem all the more removed from our time, as if the music were a faded antique, gathering dust before our eyes.

Yet, for all this recourse to historicism, there was no way to escape the sheer modernity that surrounded the performance itself: the ringing of unsilenced mobile phones, the crinkling of plastic candy wrappers, the periodic rumble of the subway (once ironically coinciding with the Purcell lyrics “remote from tumult and from noise”), and, of course, Zankel Hall’s decidedly post-minimalist architecture and wire-laden ceiling.

At a time when classical music is perpetually labelled a “dead” artform (an epithet that, although unequivocally false, has proved remarkably hard to shake), presenting the music of Dowland, Handel et al. as sacrosanct historical artifacts only serves to make the artform appear all the more obsolete.

Perhaps, instead of expounding the music’s orphic superiority or historical context, we should go “against interpretation” in our presentation of classical music, emphasizing its liveness and ephemerality, letting it speak for itself, in the present.

In critiquing the recital’s manner of presentation and its paratexts, I am in no way maligning the quality of the performance itself – this was, indeed, a triumphant performance by two skilled and captivating performers. I am merely presenting a provocation about how we might construct a concert-going culture for the twenty-first century.

Davies was at his most bewitching in the songs by Purcell and Dowland, in which he took greater interpretative risks, his performance rawer and more expressive. Davies had a mesmerizing stage presence, his manner conversational, charismatic, but hued with a rare emotional intimacy. Davies’ diction was crystal clear throughout (almost negating the need for the printed lyrics in the program), Davies chewing over the more evocative lyrics with considerable éclat.

In “Come again, sweet love doth now invite,” Davies bought seemingly endless energy to Dowland’s refrain, lending an urgency to the offbeat word-setting of the melody. Davies navigated the metrical intricacies of Dowland’s “Can she excuse my wrongs” with elegance and playfulness, maneuvering between duple and triple meters with a mischievous smile.

Davies bought out the stark contrasts of Purcell’s “Lord, what is man,” lending drama and zeal to the song’s declamatory phrases. In Purcell’s “O Solitude, my sweetest choice,” Davies spun sleek, lyrical phrases over Dunford’s austere accompaniment, his final strains fading to a barely audible pianissimo.

Making the most of Purcell’s word-painting, Davies produced slithering melismas and pin-prick staccatos to evoke the snakes and whips of “Music for a while”. Davies delivered a gentle, stately performance of Purcell’s “Now that the sun hath veiled his light,” singing with clarity and warmth even in the extremes of his range.

As an accompanist, Dunford was sensitive and responsive, matching Davies’ vivid interpretive gestures with animated, gutsy playing. His forceful strumming in “Lord, what is man” lent weight to the hymn’s quasi-recitativopassages, while his delicate touch in Dowland’s “Flow my tears” underpinned the melancholy of the text.

As a soloist, Dunford favored understatement and restraint, executing Dowland’s virtuosic lute music with apparent ease. He bought out a poignancy in the quiet dissonances in works by Marin Marais and Robert de Visée, performing these rarely heard gems with subtlety and care.

Although Davies was in fine voice throughout the evening, delivering a lively program packed with rarely heard repertoire, I couldn’t help but feel as if the singer were playing it somewhat safe.

After his adventurous performances in operas by Benjamin, Adès and Muhly, and his stint on Broadway with Farinelli and the King, I have come to expect the unexpected from this gifted singer. This recital provided only a limited snapshot of Davies’ extraordinary dramatic and musical range, steeped in hyperbole and historical cliché.