The flèche is weak 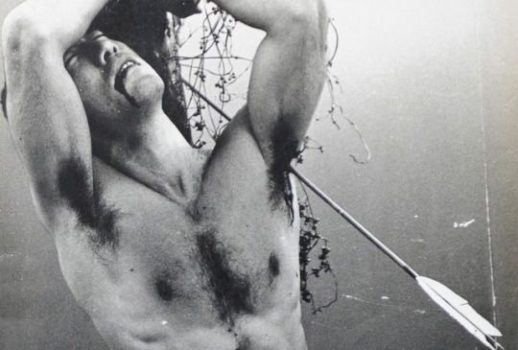 Though he composed just one opera—Pelléas et Mélisande which after an absence of eight years returns to the Met on the 15th under Yannick Nézet-Séguin, Claude Debussy wrote a number of large-scale vocal/choral pieces two of which are featured today on “Trove Thursday”: La Damoiselle élue and Le Martyre de Saint Sébastien, both with Anna Prohaska and Marianne Crebassa conducted by Daniel Barenboim.

Each work has a sophisticated literary pedigree of the “Gabriel” kind. Damoiselle, a cantata from 1893, is based on a text by the English Pre-Raphaelite poet and painter Dante Gabriel Rosetti, brother of the perhaps better-known Christina Rosetti.

Dante Rosetti may not have been as hot as Oliver Reed but those who don’t know the English director Ken Russell’s early biographies for the BBC might want to investigate Dante’s Inferno along with his superb portraits of Delius and Isadora Duncan.

A “musical mystery play,” Martyre—which followed nearly 20 years later—is a collaboration with the Italian playwright Gabriele D’Annunzio, the lover of the legendary actress Duse. It may perhaps seem odd that two very heterosexual artists created a work (for female singers no less) revolving around the saint who has inspired some of the most homoerotic art.

Trailer for Derek Jarman’s fascinating film Sebastiane (the only film ever made in Latin?) is NSFW.

Both Debussy works can be downloaded by clicking on the icon of a square with an arrow pointing downward on the audio player and the resulting mp3 files will appear in your download directory.