Washington Concert Opera on the occasion of Gounod’s 200th birthday presented the American premiere of his first opera, Sapho. 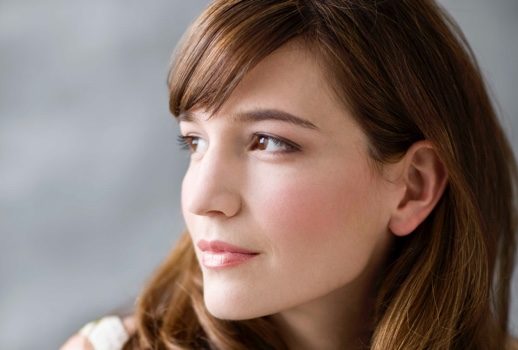 New York once had many organizations that gave concert performances of forgotten or unknown operas, bringing in not-yet-Met singers to display their wares. You could hear Marilyn Horne or Montserrat Caballé or Leontyne Price, and fans came with no idea what L’Incoronazione di Poppea, La Straniera and Les Huguenots sounded like—never mind Tiefland or Nerone.

There are quite as many first-rate unknown operas as there were back then, but aside from one-offs by visiting orchestras or the Collegiate Chorale or (bless Leon Botstein) the American Symphony, we hardly get to hear them now. We must travel to Boston or Washington—or Wexford or Chemnitz or Martina Franco.

This would be a fine opportunity for the Met to do what other companies (such as Covent Garden) do with their empty nights and matchless resources: concert performances of obscure repertory they have no intention of staging. Let the singers show what they can do and let fans learn what they are missing. The audience is there.

Washington Concert Opera is such a company with such a fan base and an excellent track record. On Sunday evening, on the occasion of Gounod’s 200th birthday, they presented the American premiere of his first opera, Sapho.

Gounod was a composer of salon songs when, in 1850, Pauline Viardot suggested he write her an opera. She was then at the peak of her career, having created Fidès in Le Prophète. But she had a hankering for an older style of opera, more reticent than Meyerbeer’s gorgeous bombast: She adored Gluck, and a few years later, Berlioz remodeled Orphée for her, establishing the tradition of a mezzo (instead of a castrato or a tenor) in the title role.

She introduced Gounod to playwright Emile Augier, and they took Gluck as their model. The result was Sapho, which despite Viardot in the title role ran for just nine performances and then largely vanished. (There were a few rewrites and revivals.) Faust was nine years in the future.

Happily, WCO chose to perform the original version, maybe because it is the one that was published. But perhaps the company’s director and conductor, Anthony Walker, guessed that the modern audience is not mad about the scenic, balletic and extravagant requirements of the Paris grand opera, and respects a more internal, psychologically distinguished form of music-drama. I

f so, his speculation was correct: The audience in George Washington University’s Lisner Auditorium loved the piece just as it was.

The score contains many wonderful things: Sapho’s two great arias are well known, but there’s also a lovely quartet of characters at amorous cross purposes, a passionate second-act curtain trio of rival conspirators, and a spiffy aria for heroic but lyric tenor, rather in the manner of Rossini’s Arnold or Meyerbeer’s Raoul.

Kate Lindsey, who has starred in several WCO presentations, sang Viardot’s great title role. Sapho enters the opera to win a poetry contest with a lengthy narration about Hero and Leander. This wins the heart of a youth named Phaon, who has a leading tenor’s physique, gallant politics and brainlessness.

We never learn much about Phaon, and he never has a duet with Sapho, but we must accept that his rejection of Sapho (due to skullduggery by other characters) drives her to suicide.

Perhaps this is why the Parisians found the opera puzzling. Gounod sketches Sapho’s despair gorgeously, the melody from a sailor’s song he’d composed that Viardot took a shine to, the development and the nautical atmosphere very much his own, and Lindsey sang the marvelous result, “O ma lyre immortelle,” with a dignified, repressed fervor that reminded me of Tatiana Troyanos. Lindsey has a dark, resonant sound to which she brings subtle emotional emphasis.

The callous and thin-witted Phaon was sung by Addison Marlor, whose very pretty tenor (and well-judged ascents into head voice) left him seeming more Sapho’s boy toy than a serious parti.

Story goes the creator of the role found it underwritten, too, and demanded a bravura two-part aria of the sort expected of grand opera heroes. By the time this number came around, in Act III, Marlor had warmed up and tossed hesitancy to the winds, his voice bull-like in size and passion.

Amina Edris sang the role of Glycère, Sapho’s rival for the love of Phaon. Rare is the nineteenth-century coloratura soprano who gets to be the heavy, and Edris relished every conniving, hip-swinging moment of this hetaera with a heart of cold steel.

Edris possesses a sizable, voluptuous instrument, with taste and skill in ornamentation. She’d make a powerful Semiramide or Amelia Grimaldi. Her catty duet with Lindsey’s Sapho, if rather too sweet for their deadly rivalry, was great theater and a treat to hear.

Baritone Brian Vu made a striking impression as Sapho’s poetic rival, Alcée, but his dry sound lacked a French elegance. Musa Ngqungwana sang Pythéas, the conspirator who betrays his friends for a night with the lovely Glycère, with a ringing but uneven baritone.

Matthew Hill, a tenor with the Concert Opera Chorus, sang the offstage goatherd’s song with the proper line and melancholy as Sapho, stage center, prepared to leap to her death.

The opera’s initial failure may be due to the prevailing stately pace, Gluck without his divine inspiration. Parisian taste demanded more excitement.

Compare the brief oath-taking scene for the conspirators (who foolishly sign their pact, which means Glycère can seduce it from one of them and threaten to reveal everything to the tyrant) to the overwhelming Oath of the Swords in Act IV of Les Huguenot sor even the conspirators’ dark chorus in Verdi’s Ernani.

Gounod, later justly famous for his grand choral interactions (the Kermesse in Faust!) didn’t yet have the knack to achieve such an effect. But even if we’re not dwelling on his future, what a delight it was in Washington to hear so much first-rate music, first-rately performed.