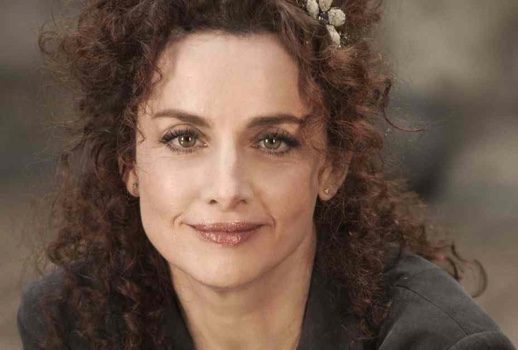 Although the ranks of women have grown steadily among orchestral players in recent decades, they remain shamefully underrepresented on the podium. The orchestra’s conducting roster this season includes only two maestras; in addition to Haïm, Nathalie Stutzmann leads Beethoven and Haydn in February. At a time when there are more women taking up the baton than ever, it’s a paltry statistic that should be rectified.

Haïm also specializes in music of the Baroque, which can be a dicey prospect in the concert hall. The practice of adapting this music to the symphony orchestra has largely fallen out of fashion – viewed as inauthentic at best, vulgar at worst.

Handel, Purcell, and their ilk have largely become the provenance of chamber ensembles and period instrumentalists. Haïm herself leads Le Concert d’Astrée, an historically-informed-practices outfit she founded in 2000.

For her Philadelphia performances, Haïm brought along several Baroque specialists, including recorder player Sébastien Marq and Charles Weaver on lute and theorbo. Their presence lent an air of authenticity to the proceedings. An accomplished keyboardist, Haïm took the lead in the harpsichord continuo, playing and conducting simultaneously.

Despite this attempt at authenticity, the program still displayed some of the downsides common among non-specialist performances of Baroque scores. In particular, the strings lacked the crisp bite one expects, often sounding overly blended. This seemed especially pronounced in selections from Purcell’s The Fairy Queen, which sometimes resembled high-class elevator music.

Elsewhere, though, the pleasure that can be found in Purcell shown through. Percussionist Angela Zator Nelson stood out in the lively Hornpipe, feistily clicking her castanets. Marq made a delightful impression in the energetic Rondeau. Haïm played the harpsichord with a light hand, anchoring the sound without overpowering the continuo or growing tinny. Her subtlety made an interesting contrast to her vibrant, animated conducting style.

Elegant Dutch soprano Lenneke Ruiten served as vocal soloist. She possessed sufficient ping to carry through cavernous Verizon Hall, and she demonstrated a keen attention to detail in the text – especially in the aria “The Plaint,” sung in flawless English. Her voice sounded taxed when she applied an abundance of pressure, and I would have liked a bit more color throughout. But overall, she gave an honorable performance.

Ruiten also sang the orchestra premiere of Handel’s Il delirio amoroso, a cantata for voice and orchestra that blends the composer’s affinity for opera and skill in the chamber music setting. But the most memorable elements of the cantata were instrumental.

Concertmaster David Kim played the violin solo in the aria “Un pensiero voli in ciel” (Let a thought fly up to heaven) with unparalleled virtuosity, his nimble fingers working at double speed. And Marq impressed throughout on recorder, but especially in an extended passage during “Lascia omai le brune vele” (Abandon now your dark sails). Anyone who harbors an image of the recorder as a schoolboy’s instrument will be disabused of the notion upon hearing him.

Haïm’s treatment of Handel’s Music for the Royal Fireworks lacked the explosive resonance one wants in the piece, although the seven-member brass section, led by principal trumpet David Bilger, produced a bright, focused sound. Haïm’s abilities shone through more impressively in her encore: the aria “Il volo cosi fido” (A surer flight) from Handel’s opera Riccardo Primo, which included another boffo solo for Marq and passionate singing from Ruiten.

Were I to hear Haïm again, I would prefer it to be with her ensemble, and in a more intimate venue (like the Perelman Theatre, next door to Verizon Hall at the Kimmel Center). Her program highlighted the strengths and weaknesses of adapting Baroque style to the symphony hall, but it also offered a fair amount of pleasure and surprise.