The shock of the modern 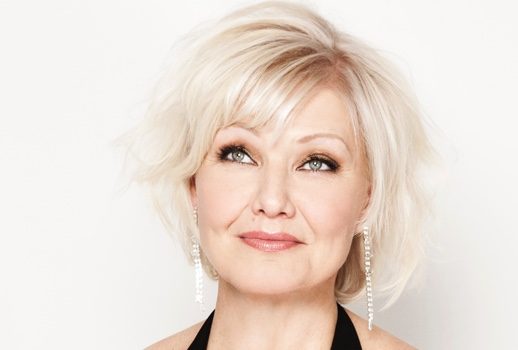 Although both works premiered nearly a century ago (Sancta Susanna in 1922 and Erwartungtwo years later although it had been written 15 years before), I suspect many listeners may still find them offputtingly “modern.” However, both are relatively short—together they add up to under an hour—so perhaps listening wouldn’t entail too great a “risk.”

Both Schönberg’s expressionistic mono-drama of a wandering unnamed woman who encounters the dead body of her lover and Hindemith’s portrait of a nun’s disturbing encounter with sensuality offer challenges for presentation.

Erwartung (“Expectation”) is most often done in concert although it was intended to be staged. It was of course produced at the Met nearly 30 years ago for Jessye Norman on a double bill with Bartók’s Bluebeard’s Castle.

Sancta Susanna is performed even less often than Erwartungand is partnered with at least one other single-act opera, as it was in Paris with Cavalleria Rusticana—a rather unorthodox pairing perhaps?

Antonacci and Mattila both now in their late-50s (they were born just seven months apart) continue to reinvent themselves. The Hindemith was, I believe, Antonacci’s first role in German and was followed by her initial encounter with Benjamin Britten’s operas in an acclaimed production of Gloriana in Madrid.

Next year the ever-surprising Italian meets the French baroque for Marc-Antoine Charpentier’s remarkable Médée in Geneva in May. Over a decade ago, she performed Cherubini’s version–unfortunately in Italian.

A follow-up to her pair of ecstatically-received recitals earlier this year was announced by New York City Opera for January but it doesn’t appear on City Opera’s website so I’m unsure if it’s still happening.

The even more adventurous Mattila recently performed in the world premiere of Wainwright’s controversial Hadrian and will next add two other new roles to her repertoire: the Foreign Princess in Rusalka in Paris, again conducted by Mälkki, followed by Mme de Croissy in Dialogues des Carmélites for just three performances at the Met in May.

Other recent premieres for Mattila have included Kundry (so far only in concert) and Begbick in Mahagonny,and I’ve heard that both Klytämnestra and Ortrud are on tap over the next few years.

Erwartung and Sancta Susanna can be downloaded by clicking on the icon of a square with an arrow pointing downward on their audio player and the resulting mp3 files will appear in your download directory.

Over 120 other podcasts also remain available from iTunes for free, or via any RSS reader.