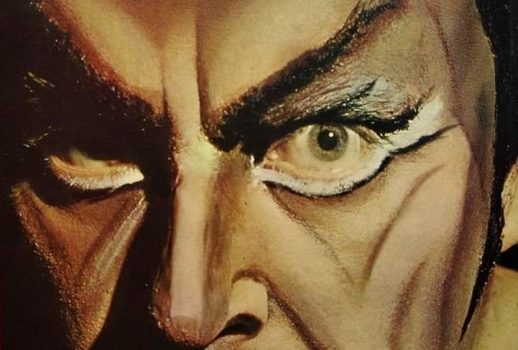 The Met presented Mefistofele during its very first season with Christine Nilsson—as she had on the house’s opening night in Gounod’s competing version—singing Faust’s doomed beloved. After just four performances the work disappeared until a new production arrived in 1896 featuring Edouard de Reszke and Emma Calvé; just eleven years later it made way for yet another new production mounted for the debut of Fyodor Chaliapin alongside Geraldine Farrar. The Russian bass performed the opera over 20 times until 1925 when his final colleagues were Beniamino Gigli and Frances Alda.

It would be nearly 75 years before it reappeared at the Met no doubt due to the extraordinary success that neighboring New York City Opera had with Mefistofele beginning in 1969, first starring Norman Treigle then Samuel Ramey. The latter was of course the raison d’être for the 1999 Robert Carsen production at the Met in which incidentally Aprile Millo sang a pair of performances as both Margherita and Elena.

Of course, I attended randy Ramey’s Met show as well as Collegiate Chorale’s 2013 concert performance at Carnegie Hall with phlegmatic Eric Owens but I haven’t yet been transformed into a full-fledged fan. Perhaps that deal with the devil will be sealed later this month when Christian van Horn takes on the demanding title role in a revival of the Carsen with Angela Meade, Michael Fabiano and Jennifer Check.

Ghiaurov had not yet appeared at the Met at the time of this Scala performance; he would be the devil though for that debut a year and a half later in Faust, just a month before Montserrat Caballé’s Marguerite would be her first Met appearance. Ghiaurov and Bergonzi sang Boito’s opera together again in New York two years after Milan in a concert at Carnegie with Renata Tebaldi as both Margherita and Elena. There is a pirate recording of a 1965 Chicago performance with Ghiaurov and Tebaldi but the Faust was Alfredo Kraus and Elena Souliotis the Elena! 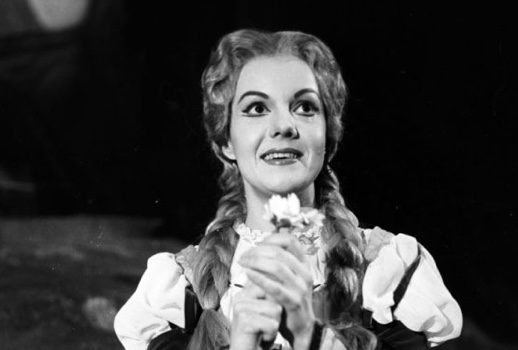 Bulgarian Kabaivanska, who turns 84 next month, made her Met debut in 1962 as Nedda in Pagliacci at just 27. Her 78 performances there were mostly during the following decade when she sang a wide repertoire including Verdi roles like Elisabetta in Don Carlo and Leonora in La forza del destino. A relative few of her appearances were in the verismo roles that would become her specialty—just five Manon Lescauts and eleven Butterflys for example. Perhaps the oddest aspect of her Met career was that her two final roles were Tchaikovsky heroines—Lisa and Tatyana—a repertoire she was not particularly known for elsewhere.

She did not seem to seduce the rest of the US either—just two roles early on at Chicago’s Lyric and a few more in San Francisco. There was also a Manon Lescaut in Orlando (!) with Richard Tucker with whom she also sung the role at the Met along with her sole Maddalena there in Andrea Chenier. Perhaps Opera Orchestra of New York gave Kabaivanska her most memorable US role when she performed Zandonai’s Francesca da Rimini in 1973.

By the mid-70s her career mostly centered in Germany and Italy where she was a big star and one of the leading Toscas and Adrianas of her generation. She continued to sing for many years eventually taking on such unexpected works as Lehár’s La Vedova Allegra and Weill’s Lady in the Dark—in English no less!

In other local opera/Boito news, Film Forum is currently showing a new restoration of Luchino Visconti’s rapturous melodrama Senso which is based on a novella by Camillo Boito, Arrigo’s older brother.

When Film Society presented its acclaimed Visconti retrospective last summer critics repeatedly used the tern “operatic” to describe the Italian auteur’s filmography.Senso must be its grandest embodiment especially in Alida Valli’s extravagantly emotional performance; the arresting Cavaradossi-like execution; and the stunning fifteen-minute opening sequence which takes place during a performance of Verdi’s Il Trovatore (featuring the voices of Anita Cerquetti and Gino Penno) at La Fenice in Venice during which the ill-fated lovers first meet during “D’amor sull’ali rosee!”

A fascinating, even gayer companion to Senso is its shorter, English-language version The Wanton Countess with dialogue by Paul Bowles and Tennessee Williams. Rather than the post-dubbed Italian of the original, Valli and Farley Granger speak English live in their scenes together giving them a particular electricity; it’s showing just once at Film Forum this Sunday at 3:30.

Mefistofele can be downloaded by clicking on the icon of a square with an arrow pointing downward on the audio player and the resulting mp3 files will appear in your download directory.

Over 120 other podcasts also remain available from iTunes for free,or via any RSS reader.