“Trove Thursday” offers due local Lombardi: one with Renata Scotto and José Carreras, the other with Aprile Millo and Carlo Bergonzi. 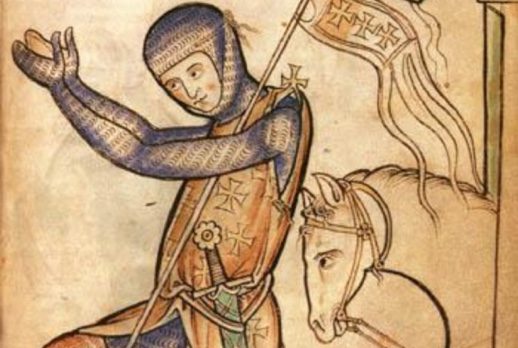 The Met had planned to include this season its first performances of I Lombardi alla Prima Crociata since 1994; however, that revival was scrapped and its stars Angela Meade and Michael Fabiano are now instead doing Boito’s Mefistofele beginning November 8.

To make up for this Verdi loss, “Trove Thursday” offers due local Lombardi: one with Renata Scotto and José Carreras, the other with Aprile Millo and Carlo Bergonzi. Both are conducted by Eve Queler and both feature Paul Plishka as Pagano.

Scotto had just completed a busy time at the Met with Lucia di Lammermoor, her only performances there of La Sonnambula and her first Met Mimis where I believe she jumped in for an absent Mirella Freni who had been expected but didn’t return for another 11 years. Scotto had done a celebrated run of Lombardi in Rome in 1969 with Luciano Pavarotti and Ruggero Raimondi but this was the next and final time Scotto sang Giselda.

At the time Carreras was still the new boy in town; he had made his local debut as Pinkerton at New York City Opera in March and returned there in the fall also for Lucia and La Traviata as well as Rossini’s La Pietra del Paragone with the Clarion Concerts in late October at Alice Tully Hall. It would be another two years before he came to the Met.

Scotto and Carreras would go on to perform together a few more times: a trio of Adrianas and a bunch of Bohèmes (although just once as Mimi and Rodolfo) at the Met as well as in Butterfly in 1974 at the San Francisco Opera. Carreras never performed again with Opera Orchestra but Scotto returned for a concert as well as Fidelia in Puccini’s Edgar with Bergonzi which was released commercially.

The Millo-Bergonzi Lombardi was my first-ever live OONY opera performance. I was so eager to hear everything they were doing that season (Gabriela Benackova as Smetana’s Libuse and Ghena Dimitrova as La Gioconda although the real attraction was a super-rare NYC appearance by Piero Cappuccilli as Barnaba) that I even bought a subscription even though I was still living 600 miles away.

This Lombardi was also the first time I heard Millo and it remained the best as I heard her very little live. She sang a fascinating mix with OONY including Donizetti’s Caterina Cornaro, Bellini’s Il Pirata and Catalani’s La Wally before I moved to NYC.

During the first decade that I lived here I mostly skipped OONY so nowI regre t missing her later triumphs in Adriana Lecouvreur, Gioconda and La Fanciulla del West, her only Minnie to date. Millo would return to Giselda for the Met’s new production in 1993 but it wasn’t a happy time as she appeared in only three of her scheduled performances and missed both the broadcast and telecast.

On the other hand this 1986 Lombardi was the last time I got Bergonzi in a complete role after Forza at the Met and Giovanna d’Arco at Avery Fisher. Besides Edgar, he performed two other operas with Queler and OONY: I Due Foscari in 1981 and a notorious aborted attempt at Otello in 2000 at age 75 when he only made it through a rocky first half before withdrawing. There will be another Bergonzi performance on “Trove Thursday” next week.

Plishka was Opera Orchestra’s most faithful singer during its 44 years of existence from his first appearance in this first Lombardito that 2000 Otello. By my unscientific count, he performed with the group 23 times in operas from La Juive and Khovanshchina toDalibor and Lakmé, the latter which “Trove Thursday” posted last year.

Queler and Opera Orchestra performed Lombardi yet a third time—at the former Avery Fisher Hall in 2013 with the Met’s ephemeral Meade and Fabiano. Everyone got an exciting glimpse this past Sunday of what might have been when Meade performed Giselda’s “Oh madre, dal cielo…No, no! guista causa” at the Richard Tucker Gala at Carnegie Hall. Oh well! People sometimes disdain Lombardi as less than first-rank early Verdi but I think it’s swell. Do you agree?

Each Lombardi can be downloaded by clicking on the icon of a square with an arrow pointing downward on the audio player and the resulting mp3 files will appear in your download directory.