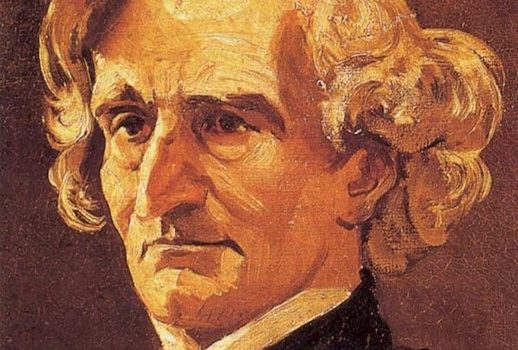 To my surprise the Gardiner concerts tied with tomorrow’s Jonas Kaufmann-operetta-fest as the most eagerly anticipated events this fall in a recent parterre box poll.

While I’ve always thought Berlioz one of the most intoxicating composers of vocal music of the 19th century, his purely instrumental works—the Symphonie fantastique and several overtures—tend to get performed with greater regularity. This may partly be due to the extraordinary musical challenges and large forces needed for his operas Benvenuto Cellini and Les Troyens as well as his Requiem and La Damnation de Faust.

So ambitious were the operas that Cellini only lasted four performances and Troyens was never performed in its entirety during Berlioz’s lifetime. The ravishing Christmas oratorio L’Enfance du Christ would be an enchanting alternative to endless performances of Messiah at Christmas but it too is rarely done.

This week’s trio presents a familiar song cycle plus two grander vocal works heard in the concert hall far less often than Damnation or Roméo et Juliette, his symphonie dramatique. Inspired by Sir Colin Davis’s 1970 recording of Les Nuits d’été which utilized four singers, I have cobbled together a collective of a soprano, tenor and baritone joining three mezzos in that haunting cycle.

The tour-de-force solo cantata Cléopâtre is occasionally embraced by both grand sopranos and mezzos as recordings by Janet Baker, Jessye Norman, Olga Borodina, Véronique Gens, and Anna Caterina Antonacci attest. I don’t believe Troyanos performed this work very often but this broadcast is a fine document of her affinity for Berlioz as can also be experienced with her celebrated Didon in Les Troyens from the Met.

Lélio for two singers, narrator, chorus and orchestra is a sort of sequel to the Symphonie fantastique which I have managed to catch just once thirty years ago at Music Hall with the Cincinnati Symphony when Richard Leech sang the dauntingly high tenor part. The ORR concert on October 15 featuring Michael Spyres will provide a rare opportunity to hear it alongside its partner, the Symphonie fantastique.

Each of these three Berlioz trackscan be downloaded by clicking on the icon of a square with an arrow pointing downward on the audio player and the resulting mp3 files will appear in your download directory.