I put a spell on you

Armide with a superbly grand Francophone heroine in Karina Gauvin and conducted by the always excellent Ivor Bolton. 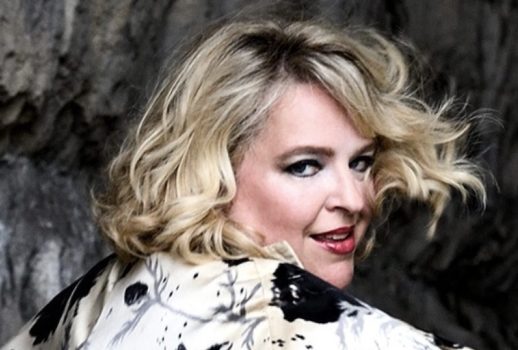 To join a majestic Alceste with Jessye Norman, “Trove Thursday” adds only its second Gluck opera, another A-list masterpiece, Armide with a superbly grand Francophone heroine in Karina Gauvin and conducted by the always excellent Ivor Bolton.

Thought by the composer to be “perhaps the best of all my works,” Armide is one of many music dramas about the Saracen sorceress created by Torquato Tasso in his 16thcentury epic Gerusalemme Liberata. Not only does she dominate operas named for her by composers from Haydn to Rossini to Dvorak, she’s also the fiery antagonist of Handel’s Rinaldo.

Gluck’s opera which premiered in 1777 used the libretto by Philippe Quinault written for Lully’s final tragédie lyrique. That version, forgotten for years, has won some recent disciples—Philippe Herreweghe recorded it twice and Christophe Rousset has recently released his CD version.

The first Herreweghe recording also shows up in a NSFW video by French cinéaste Jean-Luc Godard that originally appeared in that odd 1987 omnibus film Aria.

William Christie and Les Arts Florissants performed it too, their only Lully after the epoch-making Atys, in a stylish production by Robert Carsen.

Opera Lafayette has recorded the Lully but unfortunately not the Gluck Armide which I heard it perform at the Rose Theater in 2010. A very fine semi-staged presentation, it was ruled by Dominique Labelle’s white-hot sorceress. Juilliard has staged Gluck’s version twice, in 1999 and in 2013; both productions contained delights even if neither was entirely successful.

Gluck’s version was initially controversial because it dared to use again the Quinault libretto earning the enmity of stalwart Lullists. Although it mostly disappeared from the stage by the 19thcentury, it still attracted some heady fans—Berlioz, Meyerbeer and Wagner each conducted some if not all of the work.

Its US premiere occurred at the Metropolitan Opera on Opening Night of its 1910-11 season conducted by Arturo Toscanini (who had also led it at La Scala) with Olive Fremstad and Enrico Caruso. Frida Leider performed the title role at Covent Garden and recorded one of the heroine’s monologues, an excerpt long considered one of the absolute jewels of the 78-era.

Today’s Armide originated at the Netherlands Opera, a company with a sterling history of performing Gluck. Its pairing of both versions of Iphigénie conducted by Marc Minkowski and directed by Pierre Audi is a must.

My major reservation about the Bolton version is the somewhat benign interpretation of La Haine by Diane Montague. This disturbing character requires more fire like the baleful Ewa Podles on the Minkowski CD version.

More than a decade ago La Cieca’s “Unnatural Acts of Opera” posted an intriguing alternative take on Gluck’s Armide from La Scala 1996 conducted by Riccardo Muti and starring Anna Caterina Antonacci with Violeta Urmana as a fierce Hate-r and a baby Juan Diego Florez as the Danish Knight. Comparing these two interpretations will cast a real spell.

Armide can be downloaded by clicking on the icon of a square with an arrow pointing downward on the audio player and the resulting mp3 files will appear in your download directory.

Oodles of previous “Trove Thursday” podcasts remain available from iTunes for free, or via any RSS reader.