This week’s star-spangled “Trove Thursday” offers the second crazy-quilt installment of divas in the wrong language. 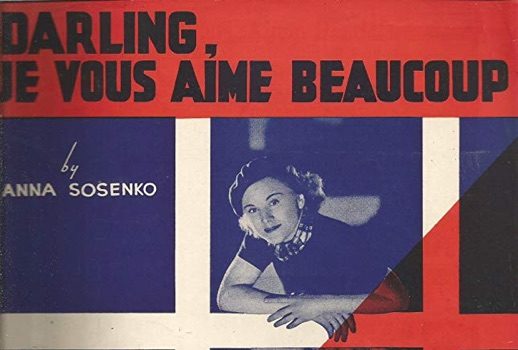 Handel in English has always worked for me perhaps because I first heard so many of his operas in recordings featuring British performers from the 50s to the 70s. One favorite is Kern whose passionately lucid Ottone aria is done with its full da capo, a startling contrast is Della Casa’s heavy Cleopatra excerpt which is missing its A’ repeat. Hansmann’s Riccardo Primo salutes the pioneering revivals initially in German performed at the Göttingen Handel Festival.

Talky early Venetian opera might seem a likely candidate for translation but operas by Monteverdi and Cavalli seem to rarely be done in English which is why I particularly appreciate Balthrop’s glowing lament from L’Egisto.

London’s English National Opera continues to be the standard-bearer for performing its entire repertoire in English exemplified here by Australian Collier and American Wilson with another one or two in the final grab-bag scheduled in a few weeks.

While most of the divas here are performing in their native tongue it’s instructive to hear Schwarzkopf or Dernesch or Deutekom working in another language with varying degrees of success.

Of course Janowitz sang Marenka in German in Vienna in 1965 but that tradition surprisingly still continues as the Bayersiche Staatsoper mounts a new Die Verkaufte Braut this Christmas with Christiane Karg, Pavel Breslik and Günther Groissböck. While many opera houses have lately been performing Guillaume Tell, several years ago Gianandrea Noseda and his now-former Teatro Regio di Torino mounted Guglielmo Tell from which the Meade excerpt comes.

Borkh’s Iphigénie recitative and aria are not simply Gluck’s in translation but come from Wagner’s edition of the score. Nicolai’s fire-breathing Ortrud curse arrives from the Naples Lohengrin starring Renata Tebaldi that came up in discussions about last week’s post.

At Freni’s final musical appearance at the Met in 2005 she sang “Adieu notre petite table” but the version here is excerpted from a complete performance in Italian 32 years earlier. Did she ever perform Massenet’s heroine in French as I know she did Marguerite in both the original and in translation?

As last week, these new 26 are divided into three programs to facilitate listening. Again a reminder that the source material for these arias varies widely so you might need to adjust the volume sometimes from selection to selection.

Each of the three diva-tracks can be downloaded by clicking on the icon of a square with an arrow pointing downward on the audio player and the resulting mp3 file will appear in your download directory.