Die Meistersinger is a bold stroke of programming, in a not particularly exciting way. Attrition is practically guaranteed, the title role is endless and unglamorous, and then there is the matter of its noteworthy fandom. San Francisco Opera largely justified its inclusion in its 2015-16 season–the work’s first appearance at the War Morial in nearly fifteen years.

As recently noted in these pages, SFO has had quite a run of big name cancellations this season. They’ve also had some terrific luck with replacements. James Rutherford, in for Greer Grimsley (who was meant to be debuting as Sachs, but was sidelined by health concerns) was another good save, if not as purely serendipitous as Brian Mulligan in Sweeney Todd. One of course asked around when Rutherford was announced, and word on the street, which is to say the internet, was that he had recently turned in a respectable but not particularly memorable performance as Orest with the Boston Symphony. YouTube suggested a bit of the Bayreuth Bark.

By these standards, Rutherford was a happy surprise. The voice is in fact warm and mellow, solidly produced– and his interpretation is far from generic. Youth, though, is a mixed blessing, and there is something perhaps under-ripe, about Rutherford’s vocal profile that robs of much sense the embittered outburst that follows Eva’s friend-zoning in Act II and drains some of the authority from the “Wahn” monologue. The same robustness made it harder to dismiss as the crabbing of an old man when the song contest ended and the opera turned out to be, as it does every time I’m afraid, about the purity of the motherland. The same chill set in as one feels watching the film of Cabaret when a handsome youth begins to sing “Tomorrow Belongs to Me.”

Rutherford’s colleagues were a roundly capable lot. Perhaps Alek Shrader can do no wrong where I’m concerned but I was in any case charmed by his David, boyish in tone but for the most part easily heard. Smart stage direction made use of his nimble comic presence. Rachel Willis-Sorenson possesses an instrument very much in the mold of Renee Fleming, in the best way. Admittedly there is also a hint of Fleming’s dramatic blankness onstage, but her phrasing is lively and delicate. I would be thrilled to hear her turn her healthy tone to less aggressively dull characters than the Bechdel-Test-busting Eva Pogner.

Ain Anger, as Pops Pogner, winner of the Joan Crawford Prize for Parenting, poured into the hall a noble sound, craggy enough to make with the gravitas but firm and even. Martin Gantner sang Beckmesser with just enough of the character singer’s bite and nasality, but with legato, which made the role less of a chore. The production supported the musical decision to make him ridiculous instead of truly loathsome.

Brandon Jovanovich somehow keeps singing big roles fearlessly with no apparent toll on his rugged, attractive tenor. In the third act, before Sachs’ whole “don’t you hate it when people aren’t German?” routine, Jovanovich created the production’s most stirring moment, stepping to the center of the stage, looking like a prince and delivering a Prize Song of such gentle radiance as to make time stand still–no mean feat after five hours of music.

Conductor Mark Elder led the SFO orchestra in an ever buoyant reading of Wagner’s score. Occasionally he drowned his singers out, as is all but inevitable in Wagner, but overall it was an account of the music designed to enrich rather than just to accompany.

David McVicar’s production is a handsome, thoughtful, essentially traditional one (but for an updating from A Really Long Time Ago to A Long Time Ago). In his program note, McVicar gamely admits that one of the challenges of the piece is that Act Three is best measured in geological terms. Indeed, McVicar mobs the stage for St. John’s Day, which succeeds in creating actual festivity instead of something that looks like a precursor to pony rides, as operatic bacchanalia too frequently do. Vicki Mortimer’s use of a florid gothic arch to frame the opera’s various settings succeeds partly on the strength of Paule Constable’s bold but lyrical lighting, which finds a mood for each. 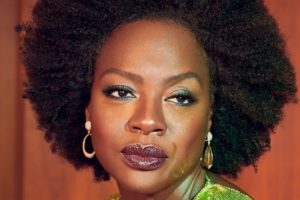 “Acting is not rocket science”