After writing operas for Hamburg, the twenty-one-year-old Handel, like many of his contemporaries, set out for Italy and his four-year stay there profoundly changed him. While there, he composed over 100 secular cantatas and chamber duets, as well as the oratorios Le Resurrezione and Il Trionfo del Tempo e del Disinganno, along with his fifth and sixth operas, Rodrigo and Agrippina. Although many know best Handel’s instrumental works—Water Music, Music for the Royal Fireworks and the numerous organ concerti and concerti grossi, his genius for vocal music flowered in the rich Italian musical scene and became the foundation for his 50 year career in London where he arrived in 1710.

Although Rodrigo shows an advance over his first opera Almira, little in either prepare one for the glory of Agrippina, an astonishingly mature masterpiece about the Roman empress Agrippina’s tireless efforts to secure the throne for her son, Nerone. Standing in her way are her husband, the current emperor Claudio (quite different from Robert Graves’s portrait in I, Claudius and Claudius the God) who is smitten with the voluptuous Poppea, who in turn is the beloved of Ottone, Claudio’s proclaimed successor. The witty libretto by Cardinal Vincenzo Grimani exposes the corrupt ambitions and lust-driven compulsions which drive all the characters, except for the saintly Ottone.

The opera opens with the news of Claudio’s death and Agrippina’s canny campaign to have Nerone declared emperor, only to have Lesbo (a male retainer) enter excitedly to declare just as Nerone is about to mount the throne that Claudio lives. Thwarted, she then moves to sabotage Ottone by having him declared a traitor. He is only saved by the clever wiles of Poppea who sets up both Claudio and Nerone.

However, Agrippina gets her happy ending: Ottone renounces his claims to the throne to be with Poppea (a decision he’ll come to regret in Monteverdi’s L’Incoronazione di Poppea) and a deflated Claudio agrees that Nerone will be the next emperor. Unfortunately most histories report that an ungrateful Nerone had his ambitious mother killed, but this is not foreshadowed in the opera.

After Almira in 2012,  followed by Rodrigo last year, operamission, founded in 2009 and led by conductor and harpsichordist Jennifer Peterson, presented Agrippina in its new digs, the intimate and ornate library at the Fabbri Mansion on Manhattan’s Upper East Side, a welcome change from its previous home, the noisy lobby of the Gershwin Hotel. As before, there were no sets, just several sofas in front of an imposing fireplace, but characters were clad in standard-issue toga-and-helmet garb by Charles Caine. Jeff Caldwell again directed and clearly laid out the action, but the straight-forward production only hinted at the complexity and subtlety of Grimani’s drama.

The evening was crowned by two sterling performances, perhaps providentially, of the two good characters. As the noble and long-suffering Ottone, countertenor José Lemos, while not much of an actor, revealed a rich and mellow voice with a sure grasp of Handel style. His plangent “Voi che udite,” where a devastated Ottone learns that everyone, even Poppea, believes the false accusations of his treachery, was the long evening’s emotional high point. As the fickle Poppea, Marcy Richardson was equally commanding, her shining soprano coping well with her florid music, particularly in her demanding first scene where she has four(!) da capo arias.

In the role of the mercurial adolescent Nerone, Kimberly Sogioka was disappointingly drippy, more a moony Cherubino than a budding dictator. Her occasionally unsteady mezzo struggled shrilly with the sizzling coloratura. Although written for a castrato, it’s rarely sung by a man, although Derek Lee Ragin is miscast on the otherwise admirable John Eliot Gardiner recording

As Claudio, bass Paul Goodwin-Groen literally towered over the rest of cast, proving particularly amusing during his attempted seduction of Poppea who stood at least two heads shorter. He went for a more serious take on the character than usual, missing Claudio’s ridiculousness. Coping well enough with the low tessitura, he tended to sound gravelly and seemed to lose concentration once or twice. Baritone Jorell Williams’s forthright, virile singing as Pallante, if not the last word in Baroque style, always grabbed one’s attention.

In the title role, Karen Driscoll failed to dominate the opera as an Agrippina should, seeming more a “desperate housewife” than one of history’s great connivers. Her bright soprano was strong in the upper range but became scratchy and dry lower down. Coloratura challenged her resulting in some ungainly gasps for breath in “L’alma mia frà le tempeste” and “Nulla sperar da me.” Her strongest singing came in “Ho un non sò che nel cor.”

Agrippina’s great scene at the end of the second act opens as she is (temporarily) haunted by her evil deeds in the powerful “Pensieri, voi mi tormentate.”

She then tidily wraps Pallante and Narciso around her finger—each for the second time—then concludes with the infectious waltz-like “Ogni vento” in which she confidently predicts her inevitable triumph. Driscoll handled this difficult scene well if without the compelling fire that has characterized some memorable Agrippinas including Felicity Palmer, Anna Caterina Antonacci, Alexandrina Pendatchanska (who has recorded

the role with René Jacobs), and, most recently, Ann Hallenberg who last year recorded a CD of arias for the character of Agrippina by 17th and 18th century composers like Graun and Legrenzi, in addition to Handel.

As with the previous two operas, Agrippina was performed absolutely uncut (ending with the rarely performed appearance of Giunone, sung by Sarah Nelson Craft, who knocked this exciting aria out of the park) and with a period-instrument orchestra. These are admirable decisions by Peterson, but they may have contributed to the evening’s disappointments.

Agrippina is a long opera and a very talky one—there are yards and yards of recitative, much of which is quite pungent, but the program only included translations of the arias and there were no surtitles. Therefore, most of the audience sat stone-faced during these long recitative scenes; I had happily brought along a libretto with translation from a CD of the opera so I was at less of a disadvantage as the lights were kept on throughout. Although I’m generally an advocate for uncut performances I couldn’t help but feel that some abridgement, particularly of the recitatives, would have been helpful, as the performance ran nearly 4 hours with just a 15 minute intermission after the first act.

I also wonder if doing such a long work complete overmatches the time and budget available for musical preparation and rehearsal. More often than not, the orchestra failed to begin arias together; ensemble was shaky throughout with disaster skirted several times. Almost inevitably cadences at the end of B or A’ sections would find the singer and orchestra parting ways. Even those extensive recitatives threatened to crash, particularly when Driscoll seemed to lose the shape of the line.

As admirable as operamission’s mission is in staging these rarely-seen works—Agrippina had not been performed here since New York City Opera’s 2007 revival with a fish-out-of-water Nelly Miricioiu, I hungered for a musical experience less precarious, less unsure. One can only hope when it tackles the demanding Rinaldo next year, it will be able to get its act together—at least for the beginning of the run.

The final two performances of Agrippina will be Saturday and Sunday afternoons. 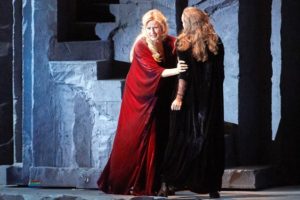 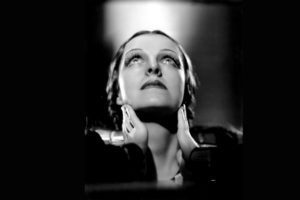