The Way We Were

"Opera News, 76 years old and one of the leading classical music magazines in the country, said on Monday that it would stop reviewing the Metropolitan Opera, a policy prompted by the Met’s dissatisfaction over negative critiques." UPDATE: The New York Times has published a followup story, with some select sheepish comments from Peter Gelb.

EARLIER TODAY: Well, slap my face and call me Vox Populi, but “[i]n view of the outpouring of reaction from opera fans about the recent decision to discontinue Met performance reviews in Opera News, the Met has decided to reverse this new editorial policy. From their postings on the internet, it is abundantly clear that opera fans would miss reading reviews about the Met in Opera News. Ultimately, the Met is here to serve the opera-loving public and has changed its decision because of the passionate response of the fans.”

This in a press release from the Met less than 18 hours after the New York Times reported that “Opera News, 76 years old and one of the leading classical music magazines in the country, said on Monday that it would stop reviewing the Metropolitan Opera, a policy prompted by the Met’s dissatisfaction over negative critiques.”

Or is this a sort of double-reverse version of the Streisand Effect?

MONDAY NIGHT: The situation at Opera News recalls similar friction in San Francisco in 1975 when critic Stephanie von Buchau “was ‘banned’ from the War Memorial by San Francisco Opera General Manager Kurt Herbert Adler. Adler, at least as prickly a personality as Buchau, took offense at one of her reviews, and ordered the publicity department not to make press tickets available to her.”

This latest move of suppression of healthy discussion of events at the Met is extremely discouraging; in fact, I don’t think it’s too much of an exaggeration to call the situation “horrifying.” As parterre.com doesn’t enjoy press credentials at the Met, your doyenne doesn’t see herself in any immediate danger; and, at the other end of the scale, first-tier media like the New York Times, the New Yorker and the Associated Press are unlikely to be shut out.

In between, though, there are dozens of more vulnerable small magazine and web reviewers who are right now feeling the chilling effect of this very high-profile move to quash dissent. The threat is now implicit: publish negative criticism of the Met, and the Met will silence you.

What action journalists and the opera public in general should take is hard to define precisely at the moment, but one thing is clear: this is not just about Opera News. 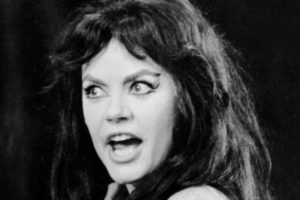