Mad about the boy It’s easy to see why the Met has chosen to include this 1982 performance of Der Rosenkavalier in their James Levine: Celebrating 40 Years at the Met – DVD Box Set: the marathon evening is a triumph for Levine from the frenzied blend of waltz melodies in the overture to the final, birdsong-like notes of hope at the end of Act III.

Levine is confident and animated throughout the performance, which is spread out over two DVDs. Of course, Levine is always an excellent musician, but this Rosenkavalier reminded me how exciting he and the Met orchestra can be when they throw themselves wholeheartedly into a piece as rich and moving as this one.

It’s entirely possible that the reason Levine appears so excited throughout the performance is that he’s directing one of his favorites, Tatiana Troyanos, in a role that is an absolute triumph for her. She meets the vocal demands of the punishing role of Octavian with conviction and style, performing every line of the score – in which she must appear almost continuously – with total, in-the-moment investment and inspiring musical intelligence.

Her acting is flawless, boyish or heartbroken or flirtatious or resigned as appropriate, always in service of the music and the story, and always with a gorgeous, innate dignity. (OK, she does have one unfortunate lapse in craft, in the scene that you and I both know you’ll be skipping every time you re-watch this DVD: the twenty-seven hour Mrs. Doubtfire homage between Octavian and Baron Ochs that Misters Strauss and Hofmannsthal sadistically included at the beginning of the otherwise sublime third act.)

The Marschallin is the ostensible star part of Der Rosenkavalier, and Dame Kiri Te Kanawa is excellent in the role without ever quite being exciting. Her singing is beautiful and exact; unfortunately, so is her acting.  She plays one note throughout the opera (tragic inevitability, with excellent manners) that is dramatically satisfying but missing that element of the unexpected that infuses a truly legendary diva interpretation. The Monologue in Act I is perhaps her best moment, with an infusion of what looks like genuine emotion adding to a musically excellent performance.

Judith Blegen as the ingénue Sophie (who is, awkwardly, a year older than Te Kanawa as the middle-aged Marschallin) is somewhat undone by close-ups that make her girlish affectations—fluttering eyelids, poetry-recital handclasps—suggest prissiness rather than naivete. Her singing is radiant and youthful, however, and she shines in Sophie’s big moments – the presentation of the rose, the final, bemused love duet, and the spectacular trio with Te Kanawa and Troyanos.

Kurt Moll lumbers through the thankless role of Baron Ochs in the typical fashion, singing his waltz music with power and humor but never suggesting that the character has anything to add to the opera beyond the most obvious sort of comic relief. The production also features Luciano Pavarotti as the Italian Singer, who delivers his aria beautifully without once looking up from his songbook, giving the whole cameo the feeling of a contractual obligation.  The production, by Nathaniel Merrill, is tasteful and adequate, perhaps a bit less musty-looking on the DVD than when seen at the Met in recent seasons.

Quibbles and cross-dressing comedy aside, this DVD has enough glorious moments to recommend it to those who are passionate about Troyanos, Levine, or the opera itself (if you’re the world’s biggest Blegen fan, I assume you’ve already pre-ordered your copy).

One moment in each act is absolutely perfect: the Marschallin and Octavian’s mournful Act 1 exchanges about the passage of time, with Troyanos’s deep-set eyes adding a layer of sad wisdom to Octavian’s youthful fears; the unexpected flowering of passion between young lovers during the presentation of the rose in Act 2; and the perfect Act 3 trio, where all three women stand before us in a line – the one with her whole life ahead of her, the one with her best years behind her, and the one torn between them.  We know, looking at them and listening, that if we haven’t been all three of those people yet, we just need to give it some time. 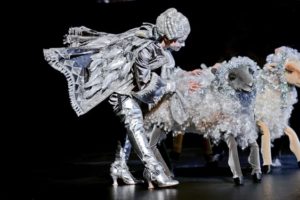 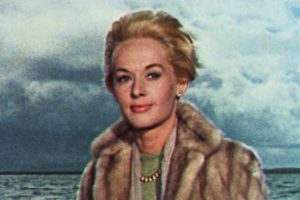