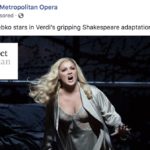 “Here’s just one more catastrophic crisis — and it seems that at the Met, sufficiently powerful, popular men are beyond reproach.” 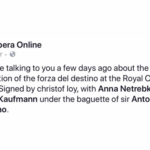 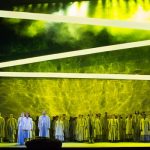 A source close to the Met says tonight’s L’italiana in Algeri  has been canceled in the wake of an incident this afternoon when “somebody dumped an unknown white powder into the pit following act 3″ of Guillaume Tell. 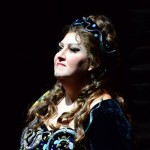 How fatal was my sdegno!

I think we can all agree that this Anna Pirozzi is the real thing! 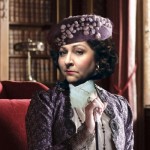 “I will applaud your discretion when you leave”

There was a bit of a foofaraw over on Facebook yesterday involving two of your doyenne’s favorite people, in alphabetical order Christine Goerke and Norman Lebrecht. 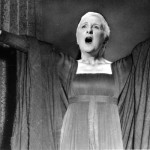 Atre Furie, volate a me!

While legendary NYCO soprano Lauren Flanigan has, alas, not been singing very frequently lately, she recently has turned her laser-like focus to that other essential aspect of the diva’s job description, that of Raising Righteous Hell. 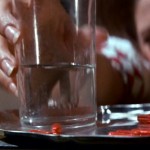 Brian Kellow (not pictured) boasts, “Peggy Noonan, interviewed in last Sunday’s New York Times Book Review, mentioned that Can I Go Now? is on her nightstand.” 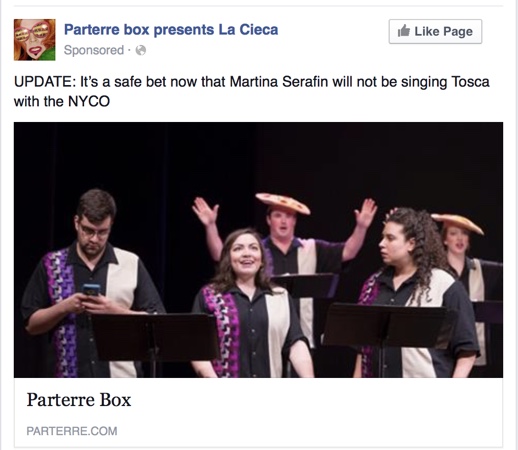 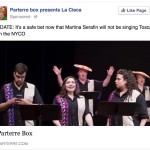 Facebook assures me that running this ad will send readers simply flocking to the Parterre Box Presents La Cieca page. 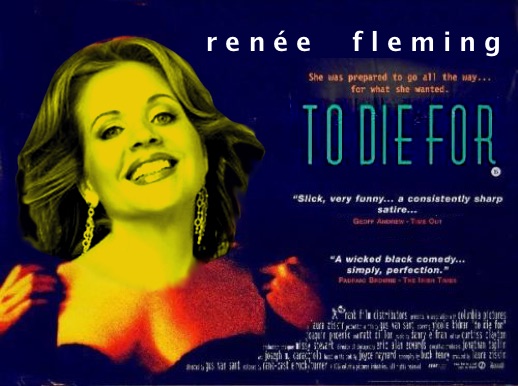 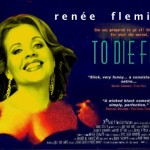 Would I not die for you, dear, if I could?

“Merry Widow final dress rehearsal was a big success! Renée is simply to die for!” 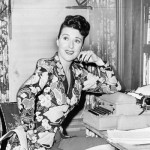 La Cieca (pictured, in her dreams) would like to pause just a moment in her editrixing duties for a spot of housekeeping. 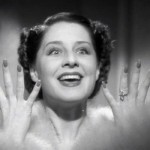 Valerian Ruminksi, that bass-baritone who shot off his mouth all over Facebook about a drag queen’s manicure and got fired from a prestigious gig with Opera Lyra—remember him? 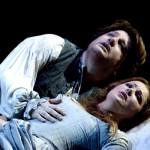 If Facebook is to be believed, Anna Netrebko and “Azerbaijani tenor Yusif Eyvazov (age 37)” are engaged. 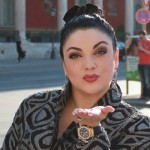 Georgia on my mind

Jaw-breaking soprano Tamar Iveri is trying to walk back her recent homophobic rant by saying she has “many gay friends.” 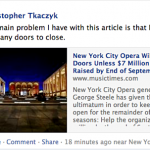 And we have a Mot du Jour!

La Cieca does what she can in her own little way to, well, light a single candle against ignorance, but sometimes she is surprised by her own strength. 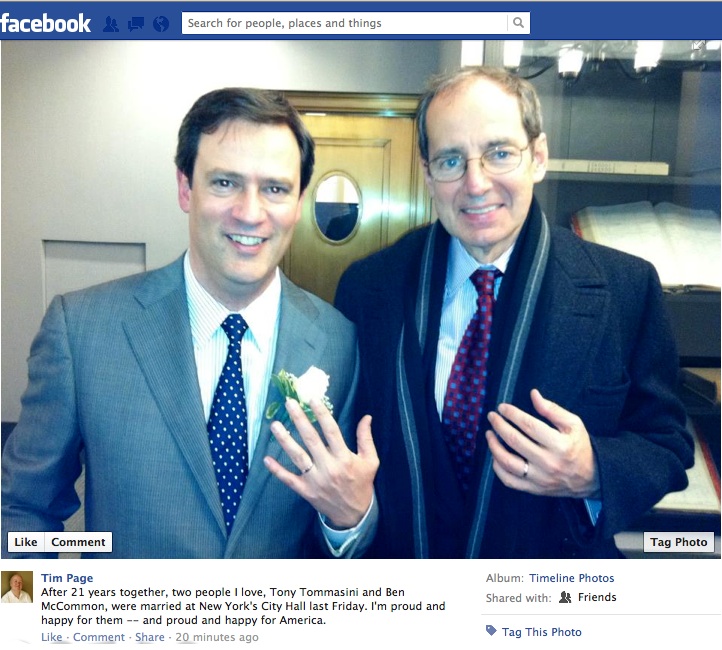 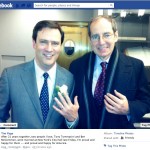 Anthony Tommasini and his long-time partner Ben McCommon were married on Friday.

An exciting album of photos from Stefan Herheim‘s new production of Salome that opened tonight at the Salzburg Easter Festival. (All images by Monika & Karl Forster).

Don’t worry, La Cieca isn’t going to let politics rear its ugly head (or, since we’re talking about La Cieca here, let’s say “its pretty head”); rather, the “social” we’re talking about here is as in “social media.” Just a housekeeping tip or two for you after the jump.

The cup and the lip

You know La Cieca adores her some Gheorghiu, but the “scheduled”  (not to mention the Soprano Math) just cries out for mockery.

La Cieca would like to call the cher public’s attention to the new “share” buttons at the foot of each posting here on parterre.com. Clicking on the “Like” button will alert your Facebook friends of your affection for the given posting; the “Tweet” button will send the current posting to your Twitter feed.