The smile for the fools is especially broad this summer in the Berkshires, where a charming revival of A Little Night Music opened recently at Barrington Stage Company. 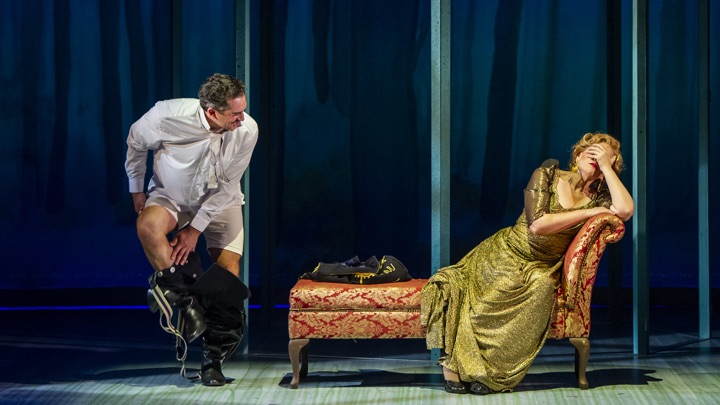 While director Julianne Boyd and her able cast of Broadway veterans don’t master every nuance of Stephen Sondheim’s classic comedy of erotica and ennui, they provide a near-ideal holiday divertissement for the crowds flocking to Pittsfield.

In truth, I’ve yet to see a Night Music that balances all the complicated tonal elements of the work. Some productions, like the Trevor Nunn revival that played London and Broadway in 2009, lean into the serious psychological drama that underpins the frothy humor. In such a treatment, the musical comes closer to the serious Scandinavian dramas that leading lady Desiree Armfeldt performs in places like Rättvik and Helsingborg.

Boyd—the founding artistic director of Barrington Stage, who retires at the close of this season—takes the opposite approach by leaning fully into a lighter, airier tone. In contrast to Sondheim’s urbane lyrics, the libretto by Hugh Wheeler rarely shies away from a ribald joke, and Boyd encourages her actors to sell the slapstick for all it’s worth. I don’t think I’ve seen a production as funny, or as fleet, before. And if you end up missing some of the story’s human drama, there are advantages to this approach. 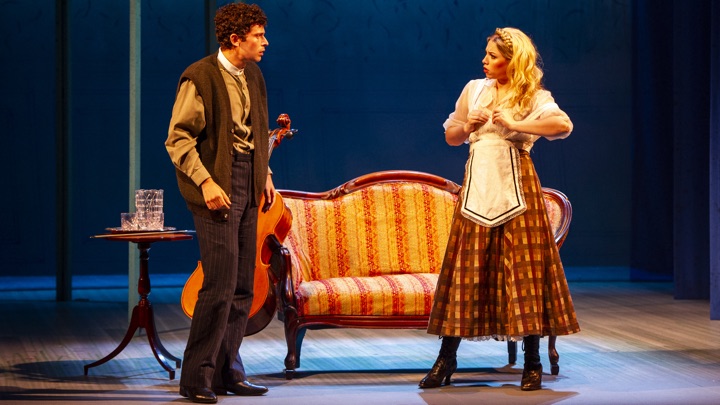 Rehearsal times in summer regional theaters are usually short, and it’s easier to emphasize exterior wit than to probe the depths of drama. The end result is a refreshingly unfussy staging that feels like classic summer stock, with a simple yet attractive unit set (designed by Yoon Bae) that actors and stagehands move furniture pieces onto in full view of the audience, and choreography (by former New York City Ballet principal dancer Robert La Fosse) that is elegant but hardly revolutionary.

The performances also tend to skim the surface, though in a winning sort of way. As Fredrick Egerman, an aging lawyer caught between a chaste marriage to a youthful wife and a long-simmering attraction to his worldly ex-lover, Jason Danieley largely avoids the familiar trappings of midlife crisis, playing instead the sad sack.

Cooper Grodin lives up to Desiree Armfeldt’s description of Count Carl-Magnus Malcolm in his characterization—“Arms, legs, brain: tin, tin, tin.” But when the two men come together to sing, you’ll forgive any vague generalizations of style: in particular, Danieley’s golden-age tenor has not diminished one iota in beauty or power, and to hear him in such an intimate space is thrilling. 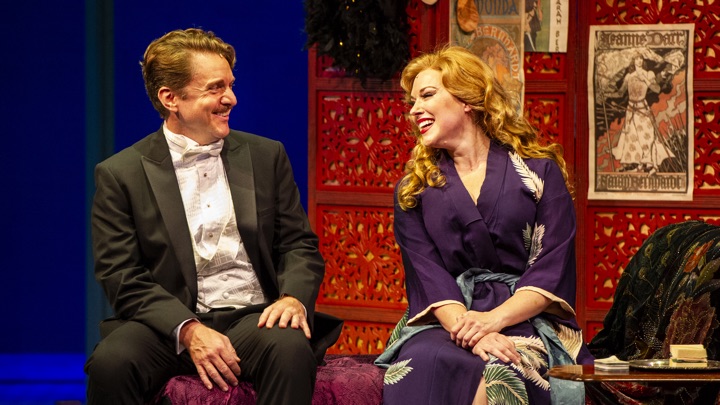 Sabina Collazo’s hoydenish Anne Egerman communicates the character’s vulgarity but not her vulnerability, and Noah Wolfe’s Henrik is a familiar study in buttoned-up repression. But you’ll smile approvingly when they realize what the audience has known from the start: that they belong together. Similarly, while you might find Sophie Mings cloying as the saucy maid Petra, you’ll forgive a lot when you hear her rousing (and perfectly tuned) performance of “The Miller’s Son.”

If one actor genuinely disappoints, it’s Mary Beth Peil, whose Madame Armfeldt lacks hauteur and presence. She delivers “Liaisons” with the requisite world-weariness, and she looks every inch the aging courtesan as she wheels around the stage with her extra-long cigarette holder. Yet her cutting remarks generally lack bite, and her interactions with granddaughter Fredrika (Kate Day Magocsi, in a winsome performance) lack much in the way of warmth. Madame Armfeldt’s “Wooden Ring” speech has never failed to jerk a tear from my eye…until this production. 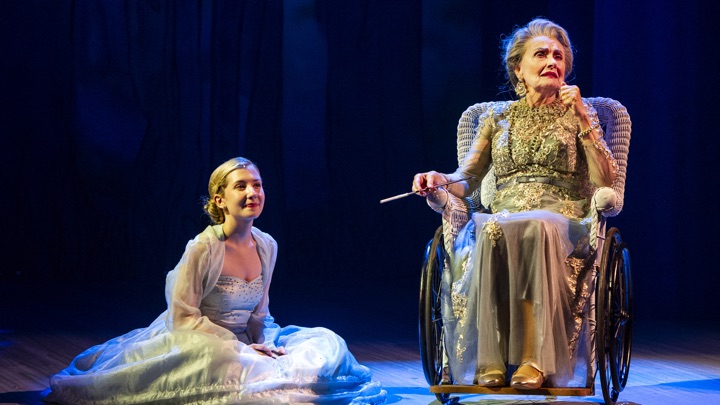 As Desiree Armfeldt, Emily Skinner gives both a star performance and a lesson in reinventing the most familiar of material. The production’s sole revelation is an important one: Skinner’s refreshingly unsentimental rendition of “Send in the Clowns,” devoid of self-pity, is not a lachrymose statement but rather another entry in a long list of Desiree’s disappointments.

When you hear one of the most recognizable songs ever written as if for the first time, you know you are in the presence of true artistry. Skinner elevates an enjoyable afternoon at the theater into something special and rare.

If much of this review sounds like faint praise, I assure you that I mean it generously. While I’m still waiting for my perfect production of this material, I can still enjoy and appreciate what’s passing by—there are mouths to be kissed before mouths to be fed, after all.

And amid the influx of slickly produced, ready-to-transfer stage productions that are now commonplace in the Berkshires, there’s something endearing about the let’s-put-on-a-show ethos on display here. In many ways, it’s the perfect cap to a weekend in the country.