Since April four wildly varied incarnations of Hamlet have been haunting New York City theaters; the most recent to arrive was Robert Icke’s chicly contemporary take on Shakespeare’s play which opened last week at the Park Avenue Armory. 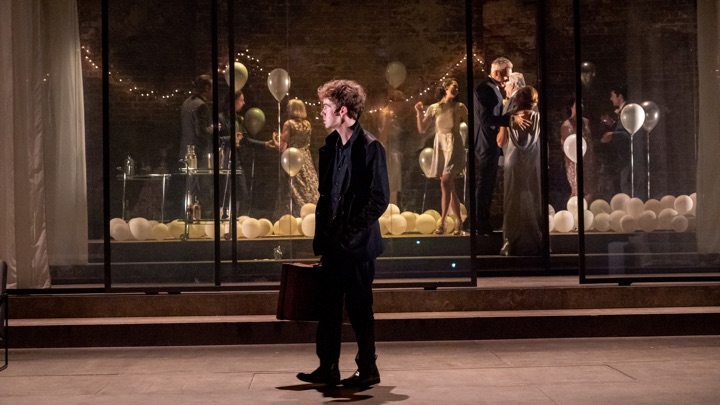 His Almeida Theatre production was originally scheduled for the Armory two years ago but was canceled by the pandemic. It’s finally here starring a gauchely earnest 28-year-old Alex Lawther in the title role. His very youthful Hamlet surely conjures different emotional colors than Andrew Scott did when he premiered Icke’s version in London five years ago.

A fortyish Scott would have fit safely into the tradition of “mature” Hamlets like Allan Clayton, star of Brett Dean’s composition which played at the Metropolitan Opera this spring. The Met’s poster featured the brooding image of Laurence Olivier (with skull) as Hamlet from the noted film released when its director-star was already 41.

Alexander Skarsgård, who turns 46 next month stars as the vengeful Prince Amleth who splits heads open in Robert Eggers’s recent bloody Norse epic The Northman which is based on Saxo Grammaticus’s Gesta Danorum, a source also used by Shakespeare.

Lawther, however, has much more in common with Marcel Spears’s witty and poignant Juicy, the queer African-American protagonist of James Ijames’s Fat Ham currently enjoying its first-ever staging at the Public Theater. Fat Ham won the 2022 Pulitzer Prize for Drama after Philadelphia’s Wilma Theater filmed the play outdoors last year when COVID made an indoor production impossible.

After enjoying Lawther and Spears’s portrayals, I recalled I hadn’t experienced a youngish Hamlet until I attended Trevor Nunn’s 2004 production in London with 23-year-old Ben Whishaw who was revelatory in the title role.

Someone who could believably be a Wittenburg student made a world of difference in my understanding the Prince’s unease in coping with his father’s death and mother’s swift remarriage to his uncle. Lawther’s youthful intensity proved both the greatest strength and the damning weakness of Icke’s Hamlet. While the actor’s initially endearing vulnerability drew us close to him, his shallow Prince remained far too petulant for us to feel sorrow or pity at his death, particularly in Icke’s chaotic staging of the final scene.

Yet Lawther’s delivery of Hamlet’s many monologues struck me as startlingly “operatic.” Unlike Neil Armfield’s lean staging of the Dean work at the Met, Icke directed his Prince to perform each solo as a full-on aria: Lawther stepped down to the edge of the stage each time as the lights went up in the audience.

Each showy monologue was then pointedly delivered to us accompanied by grandly dramatic gestures otherwise unused by anyone else in the cast. His flamboyant approach might have even roused a “Bravo” or two from the crowd seated on dizzyingly steep bleachers in the Armory’s enormous Wade Thompson Drill Hall. 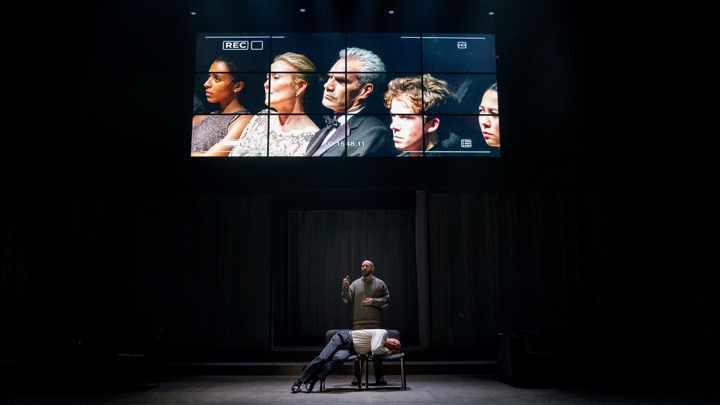 I wistfully thought back to my first live Hamlet: Ingmar Bergman’s spellbinding production starring Peter Stormare that stormed the Brooklyn Academy in the summer of 1988. In Swedish without subtitles or simultaneous translation, it nonetheless achieved a devastating clarity with made the play seem brand new.

Any disappointment at the Armory caused by Jennifer Ehle’s absence from Saturday’s matinee was allayed by Lisa Bruneau’s fragile yet elegant Gertrude who was rightly besotted with Angus Wright’s suavely sonorous Claudius. Peter Wight hit all the expected notes as Polonius while Kirsty Rider’s vivid Ophelia drew tears with her unusually wrenching mad scene.

Dean’s opera to a libretto of refashioned Shakespeare by Matthew Jocelyn hoped to upend our expectations of Hamlet but proved to be simply confusing and off-putting. A number of opera-savvy friends reported to me that they had fled the Met, bored and baffled, at intermission. Despite being mightily impressed by the wondrous sounds emanating from the orchestra, I longed in vain for an urgent connection to Hamlet’s dilemma or any grateful vocal writing. The excellent, hard-working cast got little reward for all their heroic efforts. 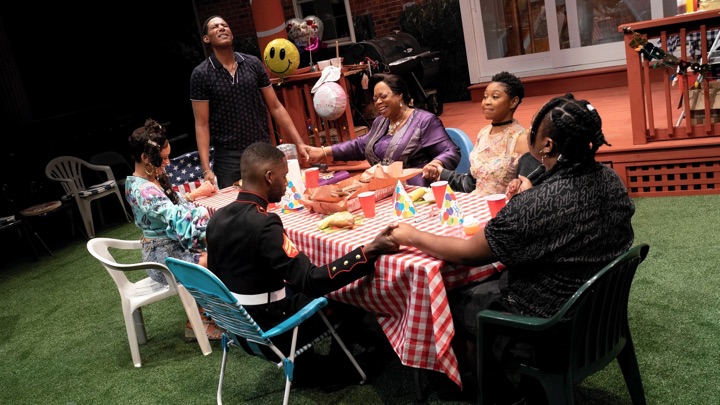 It’s unlikely that anyone attending Fat Ham at the Public’s Anspacher Theater has felt shortchanged by Ijames’s moving, yet deliriously engaging Hamlet re-imagining set in today’s American South. Like the Danish Prince, Juicy is visited by the ghost of his recently murdered father, but he (conveniently well-versed on his Shakespeare) knows what he should do but questions both why and how he should wreak his vengeance.

Ijames frequently keeps his audience off-guard by having Juicy (as well as others) break the fourth wall and conspiratorially confide in us. Like Dean and Jocelyn, he plays with his audience’s expectations based on the original Hamlet, but his Hamlet and Ophelia—Juicy and Opal—are black and gay and very self-aware. While Juicy is repeatedly urged to revenge by ghostly Pap (played by the same actor who plays Rev, i.e.”Claudius”), Ijames instead achieves a peaceful reconciliation for his 2stt century characters..

I’m ordinarily suspicious when a film or play is hailed as being “hilarious,” but Fat Ham delivers great laughs—many thanks to Chris Herbie Holland as an uproarious Tio/Horatio—as well as a satisfying happy ending which both honors Shakespeare and transforms him. Any further details would spoil the many delicious surprises of Fat Ham.

The National Black Theatre’s smashing cast is directed with a flamboyantly deft touch by Sahleem Ali, and Fat Ham—running just 95 packed minutes—has been extended several times and is now scheduled through July 31: a must-see!

An injury to Lia Williams, the Armory’s original Gertrude, has caused considerable havoc to the scheduling of both Hamlet and its companion production, Icke’s adaptation of Aeschylus’s Oresteia. The latter was supposed to open before Hamlet, but Williams’s withdrawal from  Klytemnestra in Oresteia has pushed the Greek trilogy forward to previews finally beginning this week with an opening later in July.