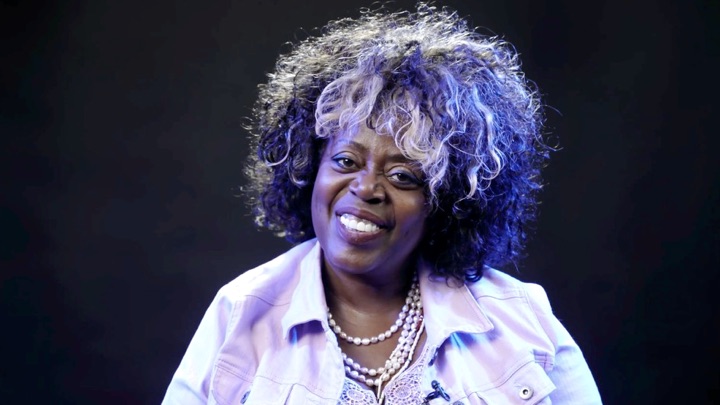 When I spoke with the Tony-winning stage veteran in late October, she was hours away from performing as Matron Mama Morton in Chicago, a role she’s been playing since the long-running Broadway juggernaut reopened on September 14. But even that’s not enough to satisfying her creative hunger.

On November 12, she took the night off and headed to Newark, New Jersey, where she debuted Divine Sassy, an evening dedicated to the music of Sarah Vaughan. The shift exemplifies White’s extraordinary range: In the span of 24 hours, she can belt the iconic “When You’re Good to Mama” to the rafters of the Ambassador Theatre, then pick up the mantle of a legendary jazz singer in an intimate club setting.

I asked White what drew her to Sarah Vaughan in particular. “I grew up listening to Sarah Vaughan, Dinah Washington, Johnny Mathis, Barbra Streisand, everything Motown,” she told me. “She was one of the voices I’ve always been intrigued by, because of her range and the sense of humor in her music. That’s really appealing to me.”

The concert covered Vaughan’s entire range of music, according to White. “I love her ‘Shulie-A-Bop,’ and of course, ‘Misty,’” White said. “I love the way she does ‘The Man I Love.’ She has a couple different versions of that, but the one I love is up-tempo. It’s funky and jazzy. I love everything, and there are so many songs that she’s made famous. I couldn’t put them all in the show.”

What didn’t make it onto the stage in Newark will likely appear on a recording White has in development, also called Divine Sassy. During the pandemic, she was able to secure studio space and begin working through Vaughan’s songbook with her accompanist, Mathis Picard. She’s been seeing what she liked and what fit well in her voice.

“It’s almost, almost done,” she said. “We’ve been in the studio with a couple of fabulous young musicians. In order to put the album together, I’ve been listening to a plethora of Sarah Vaughan and enjoying every bit of it. It makes it hard to pick, because there’s so much great stuff in all of it.”

I mentioned to White that during the most isolating moments of the pandemic, when lockdown was hard and options were few, I regularly queued up Vaughan during my cocktail hour, as a way to celebrate successfully getting through another day. The silken quality of her voice, the expressiveness of her phrasing and the versatility of her repertoire transported me momentarily to the jazz clubs of yore where great artists like Vaughan held court—the kind of atmosphere, too, that contemporary singers like White work to reclaim today.

White understood what I meant. “I especially like listening to her live recordings, because then you get to hear her dynamic personality,” she said. “You get to hear her giggle and make jokes. Some of them are corny, and she knows it. She’s got a sense of humor that I think is so essential to performing and to not taking yourself so seriously, so that you can enjoy yourself while you’re making other people enjoy themselves.”

That was the spirit White brought to her most recent album, appropriately titled Get Yourself Some Happy! On the recording, she puts her individual stamp on classics like “When You Wish Upon a Star” and “Accentuate the Positive,” with the express goal of making her listeners smile. “I think it’s so apropos to our time right now for people to have music that will uplift them and get them out of their seats,” she said. “Music to make you dance and give you memories of better times.”

In some ways, the better times have already arrived. White is back on Broadway for the first time since 2010, and although she’s appeared in Chicago before, in 2006, the experience this time has been unique and singular.

“It is absolutely a thrill to be part of this community,” she said. “I’m really proud and happy of the work that’s being done and the care that’s being taken so that we can be there for our audiences, for our cast and crew. It’s a beautiful thing to have a big theater full of people excited and jubilant, shouting and standing—giving love and kudos to everyone on the stage and behind the scenes, because there are hundreds of people who work in the theater that the audience doesn’t see.”

Because Broadway had been dark for more than 18 months, the reopening of Chicago was something of a true rebirth for the 25-year-old production. White and her castmates—including baritone Paulo Szot, who is currently playing the slick lawyer Billy Flynn—rehearsed extensively with the revival’s original director Walter Bobbie, rebuilding their performances from the ground up. I

n January 2022, White and Bobbie will come together again as actors, starring in the world premiere of Black No More at The New Group. Based on the Harlem Renaissance novel of the same name, the new musical features a libretto by Oscar-winner John Ridley, choreography by Bill T. Jones and music by Tariq Trotter of The Roots.

“I am so excited, thrilled and really looking forward to this new work,” White told me. “I’m loving the script. This playwright has created a wonderful work of art that’s funny, engaging, makes you think, and the language that he’s using—he’s digging into the vernacular of the English language, and I appreciate that. It’s thrilling, and it’s also a wonderful time to see that more Black people are opening the way to create new works of art for everyone to enjoy. I think it’s time for that to happen, and that kind of push will open the way other people who may not come to come to the theater.”

From classic Broadway to path-breaking new works, Lillias White stays busy. And for at least one night, she inhabited the Divine Sassy.

The journey is the destination 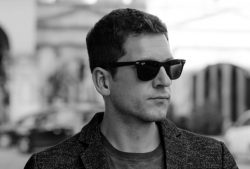