The program was set around themes of loss, of unfulfilled wishes, the endurance of loss, triumphant or depressed. 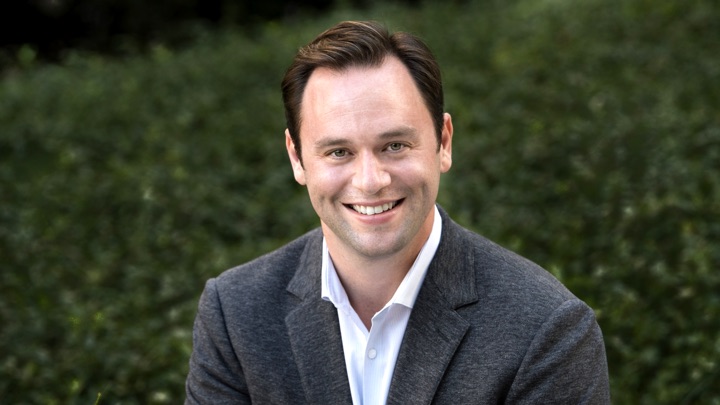 Paul Appleby, whose silvery tenor, charm of delivery and skill at many languages and styles have featured in many a New York Festival of Song concert at Merkin Hall as well as appearances at the Met in Ariadne auf Naxos, Two Boys and, especially, The Rake’s Progress, gravely thanked us Monday night for our courage in attending his lieder recital in the Officers’ Room of the Park Avenue Armory. It was, evidently, his first performance since the beginning of lockdown, at least indoors.

Of course, the masked, sold-out house brushed all this aside: We were thrilled to have him, and that the tall, wainscoted chamber was full of so many friends we had not encountered in person in so long a time, even if we only saw them from the bridge of the nose up. If you doubt me about the occasion and its pleasures, there will be an encore, same place and performers, on Wednesday.

The program was set around themes of loss, of unfulfilled wishes, the endurance of loss, triumphant or depressed. The choices seemed conservative for this artist: songs of Schumann, Schubert, Beethoven and Berg, a great many of them printed with translations Appleby had made himself, a great way to get repertory by heart, eh?

But keeping to such a theme accounts for there being few overfamiliar chestnuts in the collection, so many wonderful songs seldom heard in recital. Many of them appealed, especially, to the singer’s gift for intensity on the small scale, for producing a narrative of the storyteller’s mood by varying color and attack. These moods were underlined by the pianist, Conor Hanick, who did more than his share of tale-spinning, in full collaboration, in tempo, in melancholy phrasing, in danceable high spirits.

One thing struck me as unexpected: Appleby’s sound seemed, in much of the evening to be much darker than usual, more baritone than tenor, his placement of sound less lyric than one has been accustomed to. There was a forcible emphasis on harsh syllables in shocking statements rather than the familiar leggiero sound. Has Appleby spent the months of enforced retirement listening to Fischer-Dieskau recordings of these songs?

At the same time, the voice seemed not merely darker but louder than in the past. Did the careful choice of repertory exploit that? Or is it a growth natural to a voice that has become accustomed to the vast spaces of the Met? Is it part of warming up to sing David in Die Meistersinger there, later this year?

There were many songs of sentimental memory, of reflection on the passage of time, of the lover departed who might or might not return. The lieder repertory is full of such songs, and not all of them are familiar; Appleby, happily, focused on the less well-known, and Schumann’s and Schubert’s melodies always sound half-recollected anyway. That sort of wistful, slightly heartbroken nostalgia suited the mood the world is experiencing these days as we wait for a return of normality (lieder recitals again!) or the blossoming of an entirely new, perhaps revolutionary normalcy.

Thus he began with Schumann’s setting of Byron’s hopeless moon-hymn, “Sun of the Sleepless,” changed mood for “Aufträge,” in which the agitated singer begs the racing moon to carry his message, then communed with the spirit-memories of “Loreley” and “Einsamkeit,” and proceeded to Beethoven’s, “An die ferne Geliebte,” which hurtles from song to song, memory to memory, season to season, mood to mood in a blast of high romantic changeability.

Several later songs were dramatic ballads: Schubert’s morbid fairy tale “Der Zwerg,” “Im Frühling,” “Alinde” and “Abenlied für Entfernte” seemed to have been chosen to remind us of another side of Appleby’s talent, the way he can enter into an anguished or amorous or self-delighted role. They were little dramatic scenes, in which his gestures and expressions nonetheless became especially animated, and the voice itself, by this time in the concert, was the serenading tenor his admirers are more accustomed to.

Was this the plan? Did he know his initial singing would surge against the bulkheads in so baritonal a way, would relax in the course of 90 minutes? Or did the placement of the various items in the procession bring out those qualities, leading us through Sturm und Drang to an elegiac calm?

The mood of the recital seemed to change with Berg’s “Songs on Postcards from Peter Altenberg,” in which Berg’s scornful assault on traditional melody threw a wrench into the melodious procession. After Berg’s abruptness, the final return to Schubert felt like bolting from a jumpy roller coaster into a beloved nursery rhyme with its cradling rhythms. And now the voice, too, was the deft tenor’s caress that has been the usual Appleby signature.

The single encore, dedicated to two of Appleby’s coaches in German diction who had died during the last summer, was Nina Simone’s “If You Knew.” Certainly the dedicatees were there, listening. You could scent the linden blossom.