Has anything positive happened to the performing arts since the plague engulfed us nearly ten months ago? 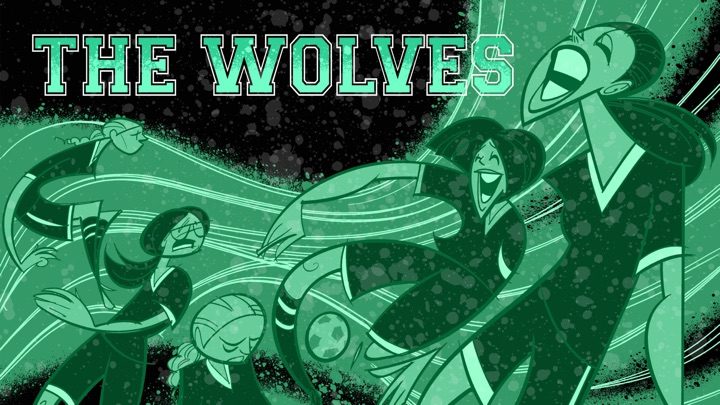 I’m a pretty moody person and might give you a different answer at different times. Last week, I would have grimly shaken my head and said, “No—the news is all bad.” In particular, the second postponement of Sonya Yoncheva’s Met Stars in Concert recital reminded me how precarious this series has proven to be. The Metropolitan Opera, which dazzled us with possibilities in their marathon At-Home Gala in April, now seems on far less secure ground.

But then came Thanksgiving. More to the point, this week, two of Philadelphia’s most resilient theater companies have boldly entered the virtual world with streaming adaptations of recent plays. In both cases, these are highly acclaimed new works that were well on their way to bigger fame when stages went dark; this is now your chance to see them regardless of where you live. The adaptations are handled very differently, but equally skillfully—and it’s fascinating to consider the various approaches, as well as the works themselves.

Of course, this isn’t “theater” as many of us define it. Yet these two shows prove eminently watchable in forms that may offer us—what is the phrase of the moment?—“A path forward.” Even better, they serve as an opportunity for these two forthright companies and some excellent actors, well-known to us proud locals, to find wider recognition.

I should preface this with an admission: last year, the New York premiere production of Will Arberry’s play, a Pulitzer Prize finalist and winner of the New York Drama Critics Circle Award, among many others, was met with many rapturous reviews—but not by me. Oh, I was very intrigued by the premise, which involves a group of conservative Catholics essentially having an animated campfire conversation about the deepest thickets of belief. But I found Arberry’s wordy script smug and not as smart as it sounds. (For what it’s worth, you can click here and read my review of that production here.) Still, I did admire the acting, and even more, director Danya Taymor’s gorgeous production, which hauntingly evoked the Wyoming wilderness on a dark night.

Wilma’s Artistic Director, Blanka Zizka, is also celebrated for her visual panache, and what she’s done here in technical terms is quite astonishing. She and her artistic team—including videographer Jorge Cousineau, a longtime collaborator, and five actors—quarantined themselves in the Poconos, where they created a virtual film of Heroes, with camera work that is sufficiently sophisticated to suggest a feature film.

Zizka’s cast rise to the challenge with nuanced performances that never feel stage-bound. The closeups are especially good in capturing the play’s argumentative conversations, which are also where the dialogue is most energized. Frankly, I still find Arberry’s script talky and unconvincing—but there’s considerable power in this adaptation. And I don’t think it’s not just my allegiance to the home team that I find the five local actors—Sarah Gliko, Justin Jain, Jered McLenigan, Campbell O’Hare, and Mary Elizabeth Scallen—the equal of their New York counterparts, and exceptionally good in their own right.

Heroes of the Fourth Turning is available online from the Wilma Theater and streams through December 13.

In 2016, Sarah DeLappe’s The Wolves was similarly the play of its moment, and it too was a Pulitzer Finalist. But any resemblance to Heroes largely ends there. Despite some dark edges, DeLappe’s play is mostly an uproarious comedy about teenage girlhood—specifically, nine high school juniors who play indoor soccer and converse about virtually anything and everything with breathtaking and often hilarious candor.

Audiences who are easily shocked might want to avoid it, and if you can’t laugh out loud at a line like “We don’t do genocides until senior year,” The Wolves may not be for you. But I adored much of it. Yes, there are some of predictable clichés, and I think the play makes its point early on. But it held me in its thrall for the better part of 90 minutes, and I was actually sorry to see it end.

I think you will be, too. First, though, you might have to get over some initial disappointment when the show begins, and we see the now all-too-familiar Hollywood Squares boxes that tell us we’re in Zoomland. But don’t give up! Director Nell Bang-Jensen has cleverly employed this technology in a way that feels completely fresh. The best moments of The Wolves involve near-cacophonous overlapping conversations, which feel utterly natural and completely engaged here.

That this was accomplished during COVID quarantine is an absolute marvel, and my hats are off to the entire team. (Unlike Heroes, this was filmed in a completely remote fashion.) And again, it’s wonderful for the rest of the world to see how good Philadelphia’s actors are! The excellent ensemble cast includes Annika Cowles, Hanna Gaffney, Emma Lenderman, Tori Lewis, Donovan Lockett, Margaret Morgan, Alison Ormsby, Iraisa Ann Reilly, Michelle Tsai, and Leah Walton.

The Wolves is available online from the Philadelphia Theatre Company and streams through December 20.

And there you have it. Watching these plays, along with a sense of optimistic life, I also felt waves of longing for what could and should have been—both of these plays were planned for stage productions, and in all candor, would likely have worked even better there. In The Wolves, we could have seen the ensemble interaction even more tellingly. In Heroes of the Fourth Turning, we could have palpably felt the desolate beauty of the landscape.

But this is what we can experience now, and the rewards are considerable. As is the promise for an in-person future.