With the lovely, largely now forgotten Adriana Maliponte in the title role. 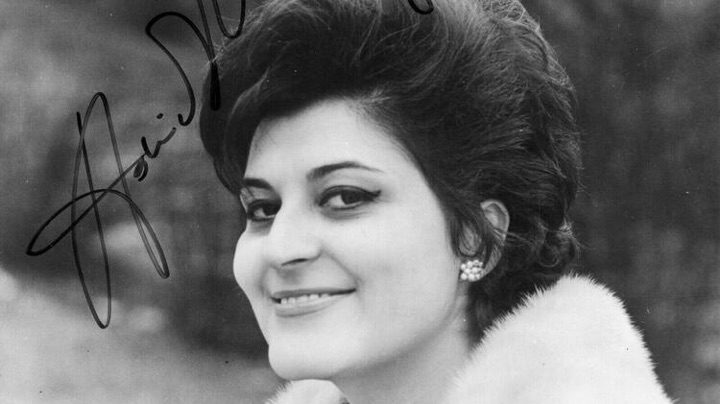 Today’s Gemma, Maliponte debuted at the Met as Mimi in 1971 and attracted notice there as Luisa Miller later the same year. Her real “star” moment however came when she replaced Teresa Stratas as Micaela in the headline-making opening night Carmen of the 72-73 season. But the Italian soprano (still with us at age 78) had already occasionally sung in the US during the 60s including Lëila in Les Pêcheurs de Perles in Philadelphia with Ferruccio Tagliavini and Gabriel Bacquier and Violetta at Chicago Lyric.

For a while it looked like Maliponte might turn out to be one of the Met’s most valuable singers. For the four years after her debut she showed impressive versatility performing Pamina, Euridice (I have a very fine pirate of Orfeo with her, Marilyn Horne and Judith Blegen), Marguerite, Juliette, Amelia Grimaldi, Liù, and Norina. But then nothing for nearly a decade other than a pair of Luisas with Luciano Pavarotti after Katia Ricciarelli departed the run.

Replacing Kiri Te Kanawa as Violetta and then Ricciarelli in Manon Lescaut brought her back to the Met in 1984, but after some performances as Alice Ford in Falstaff the next year (including Giuseppe Taddei’s acclaimed debut in the title role) she vanished from the Met forever, although many locals fondly recall her as Iris with the New Jersey State Opera in 1988, the year after this Gemma performance. — Christopher Corwin