The Metropolitan Opera announced today that the company has made the difficult decision to cancel the first few months of its 2020–21 season, based on current information regarding the ongoing health crisis. The new season is now scheduled to begin on December 31, 2020, with a special gala performance, the details of which will be shared at a later date. 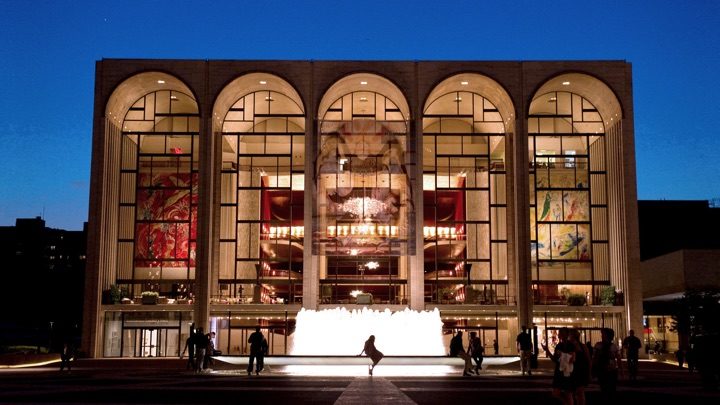 “Given the enormous organizational complexity of the Met’s schedule, we have no choice but to cancel our fall season,” General Manager Peter Gelb said. “The health and safety of our company members and our audience is our top priority, and it is simply not feasible to return to the opera house for a September opening while social distancing remains a requirement.”

Because of the lack of time available for the necessary technical preparations, Mozart’s Die Zauberflöte and Don Giovanni will be performed in revivals of the Julie Taymor and Michael Grandage productions, respectively, rather than the previously announced new stagings by Simon McBurney and Ivo van Hove. These new productions, as well as the previously scheduled fall new stagings of Verdi’s Aida and Prokofiev’s The Fiery Angel, will all be rescheduled for later seasons. Van Hove’s Met-premiere production of Jake Heggie’s Dead Man Walking, conducted by Met Music Director Yannick Nézet-Séguin, remains on the schedule as planned. Maestro Nézet-Séguin will conduct a total of 26 performances over the course of the revamped season, including performances of Don Giovanni, Strauss’s Die Frau ohne Schatten, and Gounod’s Roméo et Juliette.

The company will present additional performances of Puccini’s La Bohème, Bizet’s Carmen, and Verdi’s La Traviata during the month of February, when the house was previously scheduled to be dark. Soprano Angel Blue and tenor Joseph Calleja will lead the cast in La Bohème; mezzo-soprano Varduhi Abrahamyan will sing the title role of Carmen, with tenors Roberto Alagna and Russell Thomas as Don José and soprano Susanna Phillips as Micaela; and tenors Dmytro Popov and Stephen Costello will share the role of Alfredo in La Traviata. For scheduling reasons, the revival of Berg’s Lulu, originally planned to open March 5, has been canceled, and will be replaced by additional performances of Rossini’s Il Barbiere di Siviglia, featuring soprano Brenda Rae, who is switching from the title role of Lulu to her Met role debut as Rosina, with bass-baritone Adam Plachetka as Figaro. Tickets to these newly added February performances will go on sale to the general public on Monday, June 22, and further casting will be announced in the coming weeks.