My heart belongs to mama

VIctor Herbert demonstrates in this slight, affectionate piece a talent for keeping his musico-dramatic balls in the air, as Madeleine’s spirits juggle, fall, rise again, and droop to elegant resignation at the last. 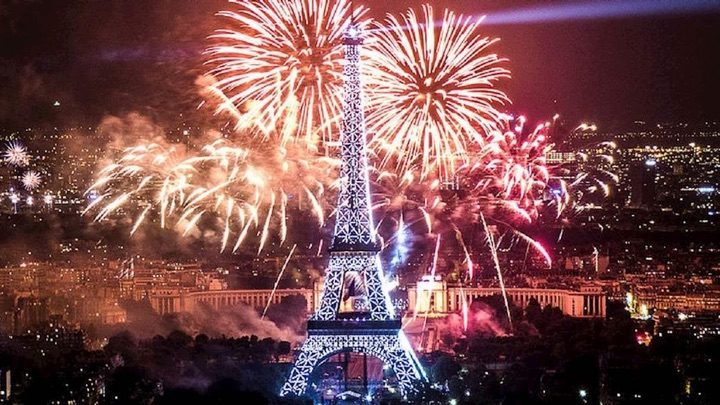 The Victor Herbert Renaissance Project LIVE (VHRP), which is devoted to the oeuvre of the Irish cellist who gave us The Red Mill, Babes in Toyland and Naughty Marietta (plus forty other such works), has rediscovered Madeleine, a curtain-raiser devised for Frances Alda of the Metropolitan Opera, and presented by the Met six times in 1914 on various double bills. The opening night preceded a Pagliacci starring Bori, Caruso and Amato, a tough act to foreshadow.

The opera—yes, it’s an opera, not an operetta—is being given twice (last night and tonight) at Christ and St. Stephen’s Church on West 69th Street, a venue popular with singers for reasons easily comprehended: the entire cast sounded terrific, sumptuous, well-schooled and filling the hall. The orchestration of the original was reduced to four instruments plus piano, but the arrangement (evidently the composer’s own), led by Jestin Pieper, was full of delicate touches that suited the comic libretto and did not compete with the singers.

The piece was based on a French comedy of manners about, of all things, a conceited prima donna. (I wonder how Madeleine compares to the heroine of Herbert’s operetta The Prima Donna? She is far more rational and down to earth than the one in Rufus Wainwright’s opera of that name.) The play, a slight French farce entitled I Must Dine with My Mother, concerns the old French custom of spending New Year’s Day en famille. To spend the day quite alone, of course, incurs a year’s bad luck.

It is 1770. Madeleine Fleury has many elegant lovers (three of them titled!), but one and all decline her invitation to dine. This day belongs to Maman. Madeleine pouts, she rages, she berates and fires the servants. In desperation, she agrees to join her oldest friend, Didier, a poor painter, at the home of his peasant parents—but she can’t quite bring herself down to that level. She prefers, at last, to be alone with the portrait of her late mother. Nobody ever does eat the fricasseed woodcocks. They made my mouth water.

In a brief talk before the performance, the VHRP’s music director Michael Thomas compared the opera to some rather avant-garde works of its day, Debussy’s Pelleas et Mélisande and the more “conversational” operas of Richard Strauss, such as Ariadne (which Herbert is unlikely to have known) or Intermezzo, which had not been created.

This is unkind—Madeleine is not in any such league—but not unjust. The opera has a musical fabric (what was it like with its original sixty-piece orchestra? No one knows) and a conversational texture to the singing, which is well-served by Leitmotiven in the then-popular style. And yet the vocal parts are full-bodied, not the skittering, chattery bits over persuasive melody that Strauss created for his humorous characters. The first-night critics in 1914 called it “wearisome” and missed the expansive lyricism of Herbert’s 1911 grand opera, Natoma.

Claire Leyden sings the title role, with a luxuriously sizable soprano, blazing high notes, and a dramatic range that covers the seductive and the outrageous sides of the heroine. She could probably handle Strauss’s Christine (in Intermezzo) with aplomb. Her one great aria, “A Perfect Day,” touched the proper notes of dreamy memory. (Alda recorded it!)

JoAnna Geffert played her maid, Nichette. Her only flaw—and a true prima donna would have dismissed her for this forthwith—lay in having an even larger voice than her mistress, a florid Wagnerian mezzo-soprano, too grand for focused diction but certainly giving pleasure.

Thomas Woodman had a brief baritonal turn as a Chevalier who must rush off to dinner. Then Andrew Klima displayed a rather grainy tenor as a Duke who provides horses and jewels—but must leave to dine with mum. I had my doubts, when he took off his dinner jacket—a duke does not remove his jacket in the salon when calling on a lady. In her boudoir, perhaps, but not in the salon, with servants passing through. People would talk! Or even sing! The Baron next door never appeared at all but sent the usual regrets: Maman.

One pinned one’s hopes on Didier, the painter of Madame’s youth, and bearded Jonathan Hare gave substance to those hopes with a fine dark baritone, the match in attractive timbre (aside from some falsetto-ish high phrases) for the prima donna herself. Hare produces a robust, Figaro-ish sound. But Didier, too, dined with his parents. So, even, did Nichette.

Herbert demonstrates in this slight, affectionate piece a talent for keeping his musico-dramatic balls in the air, as Madeleine’s spirits juggle, fall, rise again, and droop to elegant resignation at the last. We sympathize—she, a prima donna, with that purple gown and that voice and that figure—neglected! On New Year’s Day! Herbert keeps us guessing, skillfully, and he does not resort to casual tunes as he could so well have done, but keeps on his best opera-house behavior. Yet the score never becomes heavy or dull; we glide upon the delicate play of motives.

VHRP LIVE has introduced us to an appealing amuse-bouche for some future lonesome operatic piece that needs another hour of something to prepare its audience. What would maintain the theme of filial devotion? Perhaps Elektra or The Medium or Stravinsky’s Oedipus Rex?

New Year’s Day was once, long ago, the principal secular holiday of winter, when families with carriages drove about the town making calls, bestowing gifts, returning for family dinner. This was true in New York (I’ve seen the engravings!) and, evidently, in France as well—is it still?

There is a wonderful Italian film, The Passionate Thief, in which Anna Magnani, desperate neither to be alone nor thirteenth at table on the last night and first day of the year, hurls herself into the sturdy arms of Ben Gazzara. Miss Leyden is no Magnani—for one thing, she’s too pretty—but superstition provides the excuse for this elegant fit of temper.

VHRP LIVE’s Artistic Director, Alyce Mott, produced the farcical staging. The company will return to Christ and St. Stephen’s in May with two performances of one of Herbert’s best-remembered operettas, Mademoiselle Modiste (“Kiss Me Again”).