Opera for families may not generally be my thing, but I loved feeling like I was a tiny part of shaping a new opera. 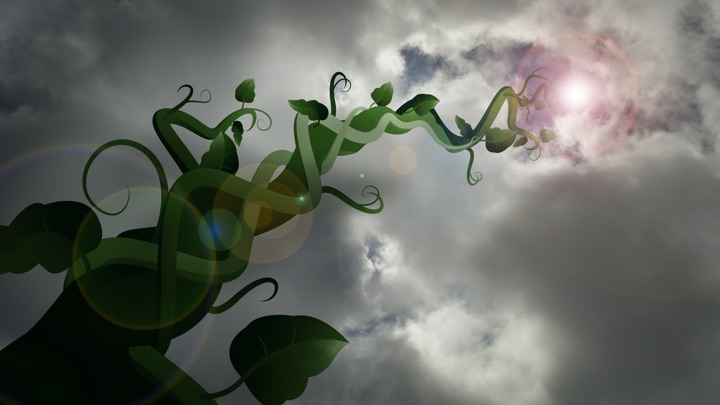 The game was afoot at InsightALT’s positively adorable Sherlock Holmes and the Case of the Fallen Giant, part of their workshop series for developing full length operas for family audiences.

Composer Evan Meier and librettist E.M. Lewis have created a mashup of Sherlock Holmes and the classic fairytale Jack and the Beanstalk, tied together with themes of the value of both magic and logic, compromise and family, and of course, by a love of opera itself.

As Holmes tries to discover if young Jack Bale was framed for the murder of the giant Blunderbore, he turns to a magic harp for clues, which come in the form of quotes from some opera greats; The Magic Flute, Das Rheingold, Rusalka, Elisir d’Amore, Tosca, even Humperdinck’s Sleeping Beauty and Boito’s Mefistofele, all made appearances in a cleverly woven plot buoyed with an inventive, accessible (but never simplistic) score.

The blurb on the website promised that it had been “further refined, Holmes’s case made more mysterious.” Finally, the combination I’ve been dreaming of, a cozy murder mystery opera, now with even more mystery! To put it mildly, I was pumped. I knew I didn’t watch all those seasons of Midsomer Murders for nothing.

Readers, it was simply charming— nicely performed and perfect for young audiences without talking down to them or to their older counterparts. ALT did not skimp out on singing talent, with the tweedy tenor Daniel T. Curran as Holmes, who displayed a lovely, powerful upper register, and baritone Ben Edquist as a loveable Dr. Watson, with a sunny tone and cheerful countenance.

Soprano Emily Misch unleashed sparkling coloratura while displaying complete command of her voice every second she was singing as Madame Zamira, a sorceress who gets mixed up in the case, and mezzo Heather Johnson infused a parent’s exasperated love into her full-bodied, lavish sound as Jack’s grandmother, Ann.

Devin Zamir Coleman, who at eleven years old has an enviable résumé, made a delightful Jack, with a pure sound and lots of heart, high praise from this reviewer who generally recoils from singing kids altogether. The cast was rounded out by blustering buffo baritone Steven Condy as Inspector Lestrade, vivid soprano Mary-Hollis Hundley and robust bass Andrew W. Potter, who absolutely personified the idea of making the most of a small part.

I won’t spoil the mystery (hint: Jack didn’t do it), but I will say I found this a captivating 90 minutes, even without any staging (they projected stage directions above, but no supertitles-got to check that the text-setting works!). The score is varied and interesting, the libretto funny and full of warmth. The opera quotes were a nice way both the introduce kids to the concept of leitmotiv and to appeal to an opera-nerd audience, with a mix of really famous tunes with some lesser known ones.

For those unfamiliar with the program, American Lyric Theater’s Composer Librettist Development Program puts together composers and librettists, commissioning new operas to be written and workshopped with an eye to getting these pieces ready for world-premieres by opera companies and festivals.

Last night’s performance was a full run-through with singers and orchestra, followed by a conversation with the artists in which they asked us what worked and we offered questions and suggestions. This was a new experience for this reviewer, and it’s one I recommend to anyone who wants to watch new operas being born.

It’s easy to forget that projects like these take years of work when you only see the finished product; it’s a protracted process of workshopping, revising, and workshopping and revising again, and my favorite moments of the night were when Meier and Lewis talked about how much has changed over the course of writing, how they chose which opera quotes to put into their plot, and how they developed various characters to give each a satisfying arc.

No matter what had happened with the opera itself (which, to be clear, I truly enjoyed), this would have been a fascinating way to spend an evening. If you’re in the New York area, I would definitely check this out. Opera for families may not generally be my thing, but I loved feeling like I was a tiny part of shaping a new opera.