Donizetti’s La Favorite remains a relative rarity in the repertoire, especially in the original French version. 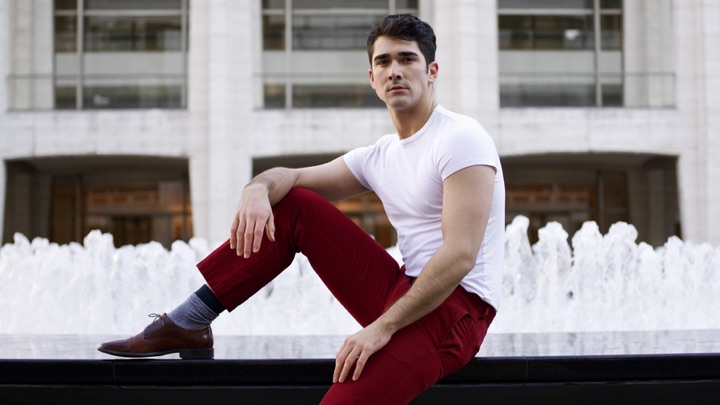 Brent Michael Smith, offering a “smooth, lustrous bass and the gravitas of his stage presence.”

It’s ambitious of the Academy of Vocal Arts to mount it—for the first time in their 85-year history—and to put significant resources behind it. Much of the time, it paid handsome dividends. The institution’s primary purpose is to nurture and develop young singers poised to launch professional careers. The demands of this opera are indeed a crucible for such development, and the results were very promising.

At AVA, Favorite is double-cast; in the group I saw, two singers distinguished themselves especially. Brent Michael Smith, a third-year artist, had in Balthazar his best role to date, ideally showcasing his smooth, lustrous bass and the gravitas of his stage presence. In an evening where high voltage vocalism was sometimes emphasized over elegant phrasing, one particularly admired Smith’s restraint.

As Alphonse XI, baritone Daniel Gallegos, also in his third year at AVA, had a gorgeously honeyed tone and handled the long line of his arias with effortless ease.

Both Pascale Spinney (Léonor) and Sahel Salam (Fernand) also had some fine moments. She has a resinous, compact mezzo-soprano notable for its evenness across the very wide range of this role, and she’s a gifted actress. Here, the voice didn’t always penetrate the orchestra, and articulation of the text (though she comes from Montréal) could be cloudy, but she did well with “O mon Fernand.”

Salam’s well-focused, forwardly placed lyric tenor has a pleasingly tangy quality, and exceptionally clear diction—but his line needs more repose and sense of loft for this part. High notes were launched fearlessly but not always comfortably.

Conductor Richard A. Raub and the AVA orchestra played with considerable brio—rather too much so. Initially, the brisk tempos and forward momentum were exhilarating. But at this clip, it was nearly impossible to distinguish cavatinas from cabalettas. In the final duet, usually a highlight, it was all the singers could do to keep up.

An even bigger cost was heard in the lack of long, graceful lines and elegantly tapered arcs of vocal sound. I don’t believe I heard a single true pianissimo note all evening, nor was there much ornamentation. It’s true that Favorite is late Donizetti, and closer in style to early Verdi than to Bellini. Still, it’s bel canto, though you wouldn’t always have known it.

And then there was the production. Even under optimal circumstances, the plot of La Favorite, a torrid love triangle potboiler set in 14th century Castille, strains credibility. At AVA, a few unfortunate staging choices—solemn monks and glamorous ladies-in-waiting moving furniture during scene changes; a strangely comical mime sequence—sometimes unintentionally pushed things into Monty Python and the Holy Grail territory.