These are the damned 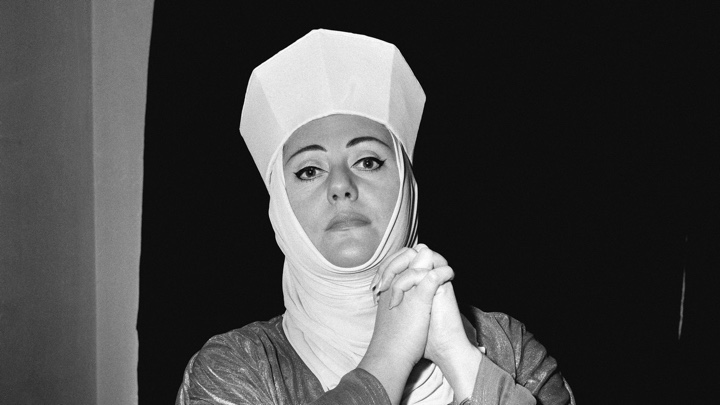 I tried to think of other works in which Crespin and Gedda had appeared together; of course, there was Les Contes d’Hoffmann which they sang in Paris (for the premiere of the production by Patrice Chéreau) and at the Met. The latter house’s archives also revealed a single Der Rosenkavalier in 1970 when Gedda’s Italian Singer serenaded Crespin’s celebrated Marschallin.

Otherwise their repertoires didn’t intersect all that much although Gedda ventured heavier roles in Lohengrin, Un Ballo in Maschera and Tosca on occasion but not opposite Crespin. By the time she took on Carmen Gedda may have given up Don José, and surprisingly Gedda performed Werther on stage just a few times. And their encounters with Pikovaya Dama were separated by many years.

Although the Met presented Damnation in 2008 in production by Robert Lepage, over the summer its planned revival this month was dropped and Berlioz’s légende dramatique will be performed instead in concert (as it was originally intended) with its performances reduced to just 4.

As of now, Bryan Hymel will be Faust in the first pair followed by today’s leading Berlioz tenor Michael Spyres making his long-awaited Met debut in the final two performances. Elina Garanca will be Marguerite and Ildar Abdrazakov Méphistophélès.

Garanca performed Damnation years ago in Geneva but not often (if at all) since then and since she canceled her eagerly-anticipated Troyens Didon, who knows when we’ll again have a chance to hear her again in Berlioz’s music for which she seems ideally suited.

Spyres performing Berlioz may be heard in a recent Trove Thursday presentation of Benvenuto Cellini.

Damnation can be downloaded by clicking on the icon of a square with an arrow pointing downward on the audio player above and the resulting mp3 file will appear in your download directory.