For unto us a child is born

Each year, when I take in a performance of Messiah by the Philadelphia Orchestra as part of my own holiday tradition, I hope it will spark some new and exciting feeling inside of me, or offer a new way of looking at the musical drama as a whole. 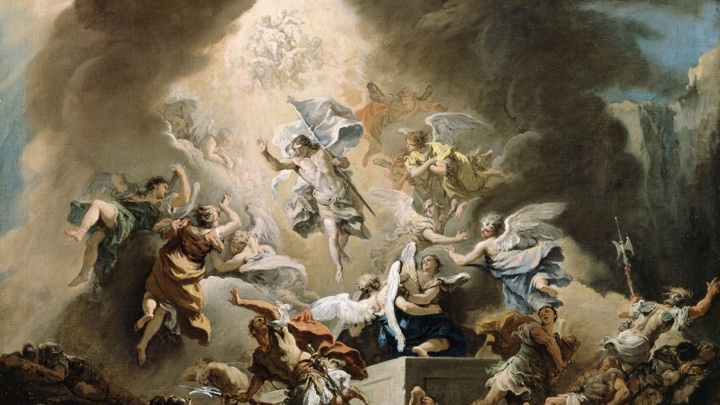 Handel may have composed his Messiah with Easter in mind, but its performance has become a Christmas tradition for orchestras around the globe. Still, although Christmas celebrates the Savior’s birth, I prefer to consider the work through the paschal lens of resurrection.

Each year, when I take in a performance of the oratorio by the Philadelphia Orchestra as part of my own holiday tradition, I hope it will spark some new and exciting feeling inside of me, or offer a new way of looking at the musical drama as a whole. And if I’m returning on the heels of a lackluster assumption, it’s my wish that a new perspective (along with a new conductor and set of soloists) will restore all to order.

That was certainly the case last December, when Yannick Nézet-Séguin and soloists Carolyn Sampson, Christophe Dumaux, Jonas Hacker and Philippe Sly outshone the prior year’s starrier lineup (which included a surprisingly wan Jamie Barton and an indecipherable Ekaterina Siurina, plus a tenor who cracked wide open on the first note of “Comfort ye.”)

If the progression from 2017 to 2018 was forgettable to fabulous, where would this season’s single performance on December 22 land? Somewhere in the middle.

Speaking from an orchestral perspective, Handel was in great hands. Jane Glover has led more than 100 performances of Messiah, in addition to writing a book about the composer. She clearly understands this work on an elemental level.

Conducting without a baton or a score, Glover seemed to summon the music from thin air. She performed with her whole body, moving with the melody in a way that was dramatic yet precise. Her tempos generally followed the composer’s markings.

With oratorios like Messiah, there is a trend among contemporary conductors to approach the work piecemeal, leaving space between each aria, recitative and chorus as if they were all standalone showpieces. Refreshingly, Glover conceived of the work as a unified whole.

Everything flowed seamlessly, building tension as the narrative progressed from birth to passion to the promise of eternal life through resurrection. If you’ve ever wondered whether the most familiar story ever told can still seem gripping, Glover gave the answer.

Glover proved steadfastly supportive to her soloists and to the Philadelphia Symphonic Choir, in fine fettle for the chorales. But her attention to detail truly shone in the instrumental interludes. I’ve never heard the Philadelphia Orchestra, which is renowned for its smooth and blended style, sound as bright and biting as in this work’s overture. The Pastoral Symphony emerged like an easter sunrise, unadorned yet striking.

Associate principal trumpet Jeffrey Curnow made a joyful noise in his solos, and concertmaster David Kim offered a lilting arpeggio in the concluding chorus, “Worthy is the Lamb that was slain.”

Hacker was the only vocal soloist who returned to the roster from last year, and he impressed once again. His tenor has a somewhat hooded quality, but it never sounded artificially colored, and high notes rang out freely and easily. Within the context of the work as a whole, he created a near-monodrama in the long tenor section that begins with “All they that see Him, laugh Him to scorn” and concludes with “But Thou didst not leave His soul in hell,” communicating the progression from disoriented anguish to salvation.

Bass-baritone Henry Waddington didn’t deploy a wall-shaking sound, but he compensated with thoughtful phrasing and smooth legato lines. Similar to Hacker, he offered an intelligent musical progression, from a vehement “Why do the nations so furiously rage together?” to a truly exultant “The trumpet will sound.”

Paula Murrihy showed up in a gorgeous green frock that recalled the gown Kim Basinger wore to collect her Oscar for L.A. Confidential. It was the highlight of her performance.

I’m still not sure whether the Irish singer is a soprano without a top or a mezzo without a strong bottom, but the overall impact was squarely middle of the road. Her timbre and style, elegant but unmemorable, lacked the heft one wants from the alto track. And while Murrihy clearly enunciated each word, hers was not a text-forward performance; this was especially evident in long arias like “He was despised,” where repeated phrases failed to take on new depth with each recurrence.

At times, I wondered whether Murrihy could have sung the soprano lines more convincingly than Susanna Phillips, whose lack of Baroque style was clear from her first note. She noticeably employed vibrato and, even when singing in straight tone, she didn’t always hit her notes squarely on pitch.

Phillips managed the melismatic runs in “Rejoice greatly,” but they were hard won — given the nimbleness of the strings, her effort stood out. For a native English speaker, her diction was often sludgy.

Despite the disappointing distaff, the afternoon frequently felt like a success. Glover — who is one of the few women to have conducted this orchestra both on and off the subscription program — should be invited back as much as possible. Music director Nézet-Séguin has spoken about his desire to present more opera in Verizon Hall, and I love the idea of hearing Glover lead another Handel music drama, hopefully with Baroque vocal specialists.

Thoughts of Rinaldo or Theodora will dance in my head this Christmas season like visions of sugar plums. As for Messiah — see you next year.