Speaking to a missed opportunity

Greater Clements provokes more genuine poignancy than the whole of The Inheritance in half the running time. There’s hardly a moment that isn’t painfully true to life. 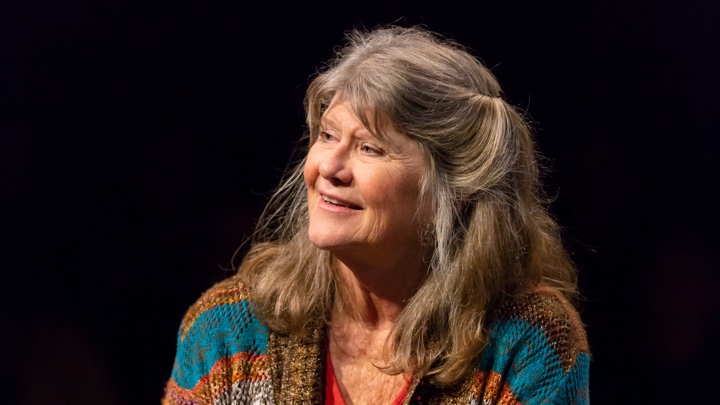 About an hour into Greater Clements, the latest Idaho-set chronicle of rural desperation by playwright Samuel D. Hunter, a character cuts his hand on an antique drill bit. The moment is tense and dramatic, a physical manifestation of the emotional anguish at the drama’s center. But it doesn’t compare to the metaphorical vein opened by leading actress Judith Ivey, who offers a performance of raw, unflinching honesty across the story’s increasingly bleak three hours.

Ivey plays Maggie Bunker, a steely woman in late middle age, caught between a fading past and an uncertain future. The fictional town that gives the play its name has been depleted by the loss of the mining industry, with further injury caused by an army of rich Californians snapping up the remaining property and setting out to alter the local way of life. In an attempt at self-preservation, Clements votes to unincorporate – but doing so puts Maggie, who leads a tour of the condemned old mine where her father died in a horrific fire, essentially out of business.

The central question of Greater Clements – How do you move forward when you’ve been stripped of your identity? – has proved fertile ground for Hunter in previous plays like The Whale, Pocatello and Lewiston/Clarkston. But this new work, which is receiving its world premiere at Lincoln Center’s Mitzi E. Newhouse Theater, under Davis McCallum’s spare and sensitive direction, finds the playwright working on a generally grander scale.

The play’s ambition extends beyond its elongated running time, which seems necessary to capture every nuance Hunter wishes to embed. Rather than focusing on just one family or one community, as he has done in the past, Hunter introduces generational trauma, institutional racism and the overwhelming consequences of geographic isolation in ways that feel original and unexplored, even when earlier works in the writer’s still-growing canon come to mind.

Maggie’s life is dominated as much by her adult son Joe (Edmund Donovan), who lives with mental illness, as it is by the mine. In drips and drabs, Hunter reveals the extent of Joe’s problems, and the lengths to which Maggie has gone to protect him. Yet he resists sanctifying her struggle, and a late scene in which Maggie recounts the lingering impetus to wash her hands of the troubled man-child is devastating in a way that few fictional depictions of psychological distress can achieve. Ivey scrubs the moment clean of affect, simply presenting a woman forced to sit in her complicated feelings.

Although Kaye Voyce’s costumes for Joe somewhat play into a stereotypical disturbed-loner image – baggy jean shorts, oversized shirts and John Hinckley glasses – Donovan remains sincere and truthful in his performance. He is aware of his illness, and of his capacity to cause pain, which makes his struggle all the more wrenching to watch. He tries, and often fails, to control his racing mind. Taken together, Ivey and Donovan show a mother and son tethered to the very things that threaten to untether them from progress, fulfillment and even reality. 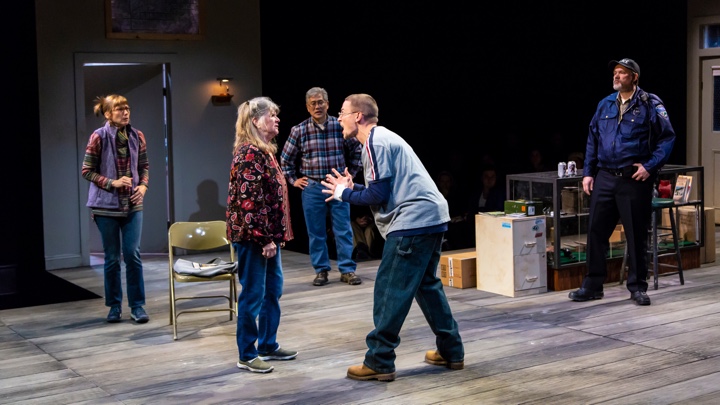 An avenue for potential fulfillment, and a future, comes in the form of Billy (Ken Narasaki), a high-school boyfriend of Maggie’s who returns to offer her a second chance at love. Through Billy and his teenage granddaughter Kel (Haley Sakamoto, in a performance that is wry beyond her years), Hunter introduces the legacy of forced internment into the story, as families like theirs were herded off to Idaho from other points in the Pacific Northwest during World War II.

Some, like Billy, chose to stay, even as they faced the lingering effects of racism and otherness as a part of their daily lives. Hunter leaves no ambiguity as to why Maggie and Billy’s original union, which was headed for marriage, ended 50 years earlier.

The intergenerational relationship between Billy and Kel allows Hunter to portray changing attitudes toward the indignities perpetrated against Japanese Americans by the government – resignation from those old enough to remember it, like Billy, and anger on an almost cellular level from their descendents. When Joe, in a moment of ignorance, questions even the existence of internment camps, you can feel the air suck out of their interaction.

That scene, and many others across the play’s three acts, gets to the heart of Greater Clements: Every interaction speaks to a missed opportunity. If the message of Forster’s Howards End (and its theatrical sequel of sorts, The Inheritance) can be boiled down to “Only connect,” the credo could be adapted here into “Only connect, you dumbass!”

Yet no one can get out of their own way long enough to realize that a better, happier path might have unfolded right in front of them. Perhaps that’s why Hunter’s drama provokes more genuine poignancy than the whole of The Inheritance in half the running time. There’s hardly a moment that isn’t painfully true to life.

Speaking of missed opportunities: If the Lincoln Center production has one, it’s the set (designed by Dane Laffrey), which is supported by structural columns that will cause an obstruction to nearly every patron at some point. The columns are necessary to maneuver the multi-level set pieces that give a full view of the characters’ complicated world. But even more than the occasional restriction, their presence places a barrier between the audience and the performers, which is the last thing a play this intimate and immediate needs.

I certainly wanted nothing standing between myself and Ivey’s shattering performance, so I moved from press seats in the center section to a less-optimal front-row side seat at the first intermission. I’m glad I did. From this new perch, I had total access to Maggie’s ultimate rejection of late-in-life romance, which is made even more crushing by Narasaki’s unadorned sweetness. And I had a perfect vantage point for the expertly calibrated final scene, which introduces the invading element that has pushed Clements out of existence. (Kate MacCluggage is superb as a sun-kissed, clueless Californian.)

Perhaps at some point in the future, Hunter will leave his native Idaho behind, focusing instead on other issues. Some naysayers have already accused him of relying too heavily on recurring ideas and characters who seem cut from increasingly similar cloth. The same complaint could be made about Chekhov, of course. And as long as Hunter turns out plays as rich and strange as Greater Clements, I’m happy to say Esto Perpetua.