Diary of the dead

Joyce DiDonato’s take on Winterreise is a conceptual misstep that, song after song, frustratingly dilutes and distracts from an often rewarding musical performance. 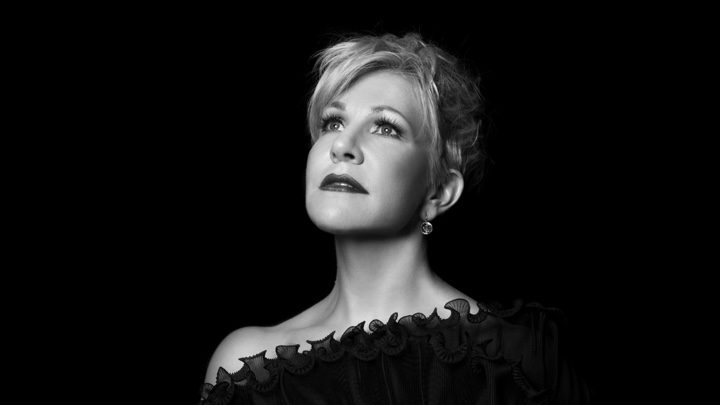 Years ago, in an effort to avoid common critical clichés, I swore I’d never invoke “King Lear” to suggest an artistic Gradus ad Parnassum. (A common example would be “Rose in Gypsy is the King Lear for musical theater actresses.”)

So, I will not say that Schubert’s Winterreise is “the King Lear of song cycles”—even though it gets a couple of things right: first, that Winterreise is indeed a work of grandeur, as well as a considerable interpretive challenge.

Second, that it is generally a male work. The wandering, shattered lover whose journey is recounted in Wilhelm Müller’s poetry and Franz Schubert’s music is presumably a young man, and the work was originally scored for a tenor, though it has perhaps most famously been sung in recent times by baritones. (Dietrich Fischer-Dieskau’s many recordings over several decades are themselves an increasingly bleak winter journey.)

Still, to suggest—as the program notes for Joyce DiDonato’s first East Coast performances of the work do—that it’s a great rarity to hear the cycle done by a woman is an exaggeration. Recorded versions go back to Lotte Lehmann, and since then have included (just off the top of my head): Lois Marshall, Christa Ludwig, Mitsuko Shirai, Nathalie Stutzmann, Alice Coote, Brigitte Fassbaender (magnificent), Christine Schäfer (wan), and the contralto Birgit Breidenbach, singing in tenor keys (weird but interesting). There are more, I’m sure.

I like some of these performances better than others, yet I’ve never found it difficult to make the aural adjustment from male to female—but an important element is that, sung by male or female, it remains the narrator’s own story, recounted as a lived experience.

That’s a significant difference here in the version put together by DiDonato and Yannick Nézet-Séguin, here playing piano. As DiDonato explains it in her printed essay, it was part of the process for her to imagine the cycle from the viewpoint of the female object of the songs—as its “immortal beloved,” if you will. She mentions further that a key in her understanding is the role of Charlotte in Werther.

For me, the result is a conceptual misstep that, song after song, frustratingly dilutes and distracts from what is, vocally and (especially in terms of Nézet-Séguin’s playing), an often rewarding musical performance.

From the beginning, with DiDonato seated at a table, reading what one presumes is a diary or some other account of her lover’s life, there’s an arch, melodramatic overlay that never lifts. The immediate, in-the-moment urgency of Müller and Schubert’s work now has an additional mournful glaze poured on top of it.

Truly, that’s the last thing Winterreise needs. Seen here as a post-facto remembrance of past tragedy (remember, Charlotte’s lover, Werther, of course, famously commits suicide—while the fate of the Winterreise protagonist is wisely left unknown), even the moments of sunlight in the cycle—“Frühlingstraum” and “Die Post” central among them—are clouded over.

Frankly, you’re better off listening with your eyes closed. Unfettered by the concept, one can appreciate some distinguished music-making. This is certainly a Winterreise on an operatic scale, with Nézet-Séguin providing a bold, lushly colored piano tone, with lots of rubato and often expansive tempos. Many songs are performed with virtually no break between them, effectively creating a sense of cohesiveness.

DiDonato was in fine voice, often funneling it to a nearly vibrato-less tube of sound for dramatic effect. High notes could become pressurized, but again she used this mostly to dramatic advantage, and made particularly vivid use of her powerful chest register.

I liked her especially in a doleful “Gefrorne Tränen,” and both she and Nézet-Séguin created a  breathtakingly beautiful legato line in “Das Wirtshaus”—for me, the loveliest song in the cycle.But both singer and pianist tended to use the same coloristic devices in nearly every song, failing to find a deepening dramatic trajectory.

While DiDonato’s German is well-pronounced, individual words don’t etch themselves in memory—not even in the final “Der Leiermann,” a song I can hardly ever hear without being moved. But I wasn’t here.

Winterreise is a new assumption for these two formidable artists, who clearly have a real sense of connection. (Just over two weeks ago, they made beautiful music together in a Mozart concert with the Orchestre Métropolitain.)

It may be that this will grow and find greater dimensionality. But for me, the essential device that seems to be what brought DiDonato to the work is wrong-headed—we don’t need a new perspective that keeps Winterreise at arm’s length; we need to walk in its footsteps.