Ryan McKinny’s Don is subtler, slyer, smoother, with a sharp wit and sense of dark humor that gives added dimension to the role. 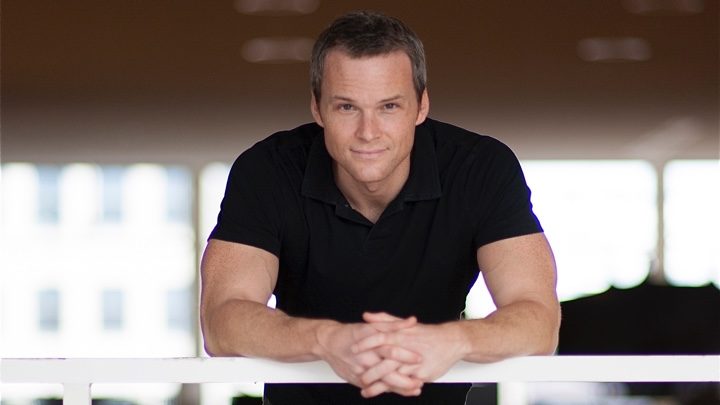 Italian baritone Davide Luciano was originally scheduled to sing the title role in the December performances of Don Giovanni at Lyric Opera of Chicago, but recently cancelled due to injury. Lyric was very lucky to be able to get American bass-baritone Ryan McKinny, so brilliant in the recent Dead Man Walking, to sing The Don. McKinny had recently made his role debut as Don Giovanni at Houston Grand Opera, so he was a natural choice to take over the role.

Yesterday’s matinee performance showed that all aspects of Robert Falls’ superb production are still intact, perhaps even better than when I first attended on November 17. Every one of the principal singers sang with more confidence, particularly Amanda Majeski’s Donna Elvira.

I was impressed with her before, but yesterday her performance had gained significant emotional depth and attention to detail. I continue to be impressed with how Lyric managed to assemble such a uniformly superb cast of singing actors to populate the glorious designs of set, costumes, and lighting.

Ryan McKinny proved a completely different Don than his predecessor Lucas Meachem. First of all, while well-muscled, he is a physically much slighter, smaller, younger Don Giovanni. This meant that McKinny approached the role in an entirely different but just as valid way than the physically imposing Meachem. McKinny’s Don is subtler, slyer, smoother, with a sharp wit and sense of dark humor that gives added dimension to the role.

His rich bass-baritone is possibly a size smaller than ideal in the gigantic opera house, but he sang with burnished golden tone throughout. He is a superb physical actor and moves with snake-like grace as he seduces every woman in sight.

His seduction technique is of necessity quieter, smarter, using his brain power to ascertain the weaknesses of his targets, then moving in to fill their emotional voids with passionate flattery, using his noble status ruthlessly. He is not a brutishly imposing Don, but rather a dangerously tense and coiled one, always ready to pounce at any sign of female frailty.

It is a tribute to this lavish production that it perfectly suits two such different Dons. And it was a great pleasure to hear this wonderful cast singing and acting with such brilliance and panache. I can’t wait to hear more from Rachel Willis-Sorensen, Majeski, Ben Bliss, Ying Fang, Brandon Cedel, Matthew Rose and Mika Kares. I think McKinny’s Don is still a bit of a work-in-progress, but he was just as riveting to watch here as he was as Joseph deRocher just a month before.